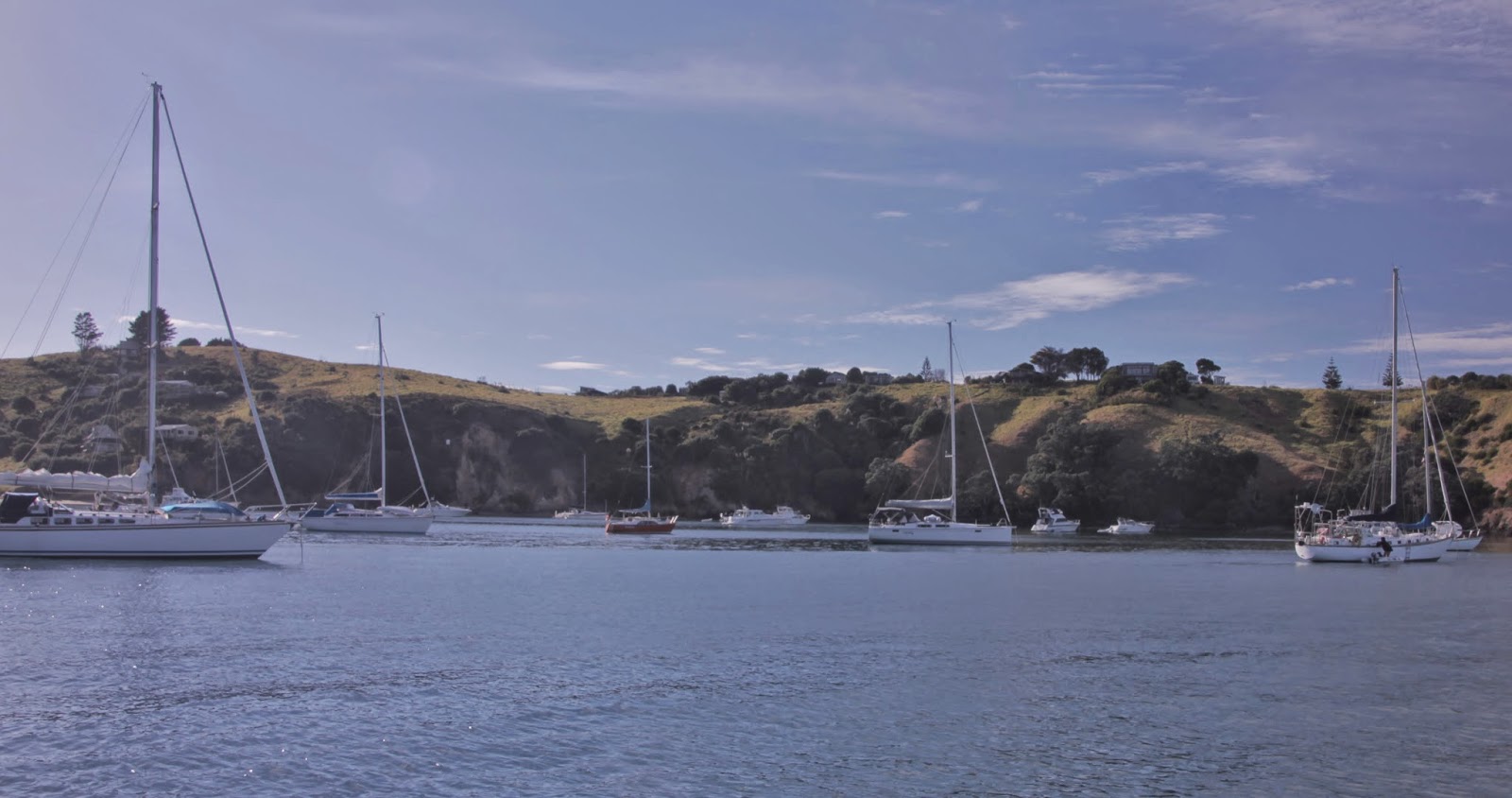 ﻿﻿Rakino Island is located 20 kms northeast of Auckland and 2 kms from Motutapu Island. A relatively small island (approx. 1.5 sq kms), Rakino only has 16 permanent residents, 76 homes and numerous other tracts of land. With limited ferry service, it is fairly isolated and private which is probably a big part of the attraction for the permanent residents and holiday home owners. The island is mostly pasture land with some pockets of pohutukawa trees (the Kiwi "Christmas" tree).
The first owner of Rakino Island was Governor Sir George Grey who bought it in 1863 and planned to build his home there. He abandoned Rakino Island when Kawau Island came up for sale where he built the iconic Mansion House. Rakino Island was then leased in 1874 and later bought by Alfred Sanford (founder of the Sanford fishing company), whose family farmed and lived there for the next 80 years. In 1963 the "Great Ricardo" (otherwise known as Dr. Maxwell Rickard) bought the island. The "Great Ricardo" was a psychologist, touring hypnotist and nightclub owner who had some "great" plans for the island. Some might call them "kooky" plans, but calling yourself the "Kooky Ricardo" doesn't have nearly the same ring as the "Great Ricardo". As president of the United People's Organisation (Worldwide) Inc., Ricardo wanted to set up a clinic for "disturbed and nervous patients", an international orphanage, a refuge for unmarried mothers and homes for the elderly. While that doesn't sound necessarily too kooky, his approach was interesting to say the least. He advertised in the newspaper for 100 men and women to donate all of their worldly goods for the "benefit of all" and come live on the island. No takers. He looked into getting the United Nations to recognize Rakino Island as an independent country. No go. By 1965, he gave up on his utopian vision and he subdivided the land and sold it off. Success at last.
In this post-Ricardo era, the Rakino landowners have their own association and blog with information about ferry schedules, garbage collection and community events such as jazz festivals, dragon boat races, art and craft fairs. They seem like a fun bunch and if you are keen to join the homeowner's association, you're in luck as there seem to be a quite a few houses and sections (undeveloped land) on Rakino Island currently up for sale. If you're a fan of "America's Next Top Model", you can even buy the Hurakia Lodge for NZ$10 million which was featured on the show. Models not included.
If you're not in the market for a new home, you can still enjoy the island anchoring up in Woody Bay or West Bay on the western side, in the lagoon-like Sandy Bay on the southeastern side (where there is a sandy beach and great swimming) or at Maori Garden Bay on the eastern side which backs on to steep cliffs. The public wharf, community hall and public toilet are found on the south end of Sandy Bay and if you have a barge, you can get access in Home Bay. Once you make your way onto the island, go hunt down the world's first solar powered telephone box. Solar powered telephone boxes are a great idea - too bad Ricardo didn't come up with it first.

Note: If you want to find out more about Rakino Island, check out the interesting article in the 27 Jan 2011 edition of the "Waiheke Weekender".

Thanks for stopping by our blog - we love it when people come visit! We're also on Facebook - we'd love for you to pop by and say hi!
Posted by The Cynical Sailor at 1:00 PM