We're purveyors of eccentric travel adventures on water and land.

Purveyor. Don't you just love that word? It's kind a posh way of describing a person who sells or deals in particular goods. Not that we're posh in any way, shape or form. Far from it. Just take one look at our normal attire of ripped and stained clothes and you'll agree. But it's a fun word which will earn you 16 points in Scrabble, so we're sticking with it.

Don't worry. We're not purveying dodgy used cars, vacuum cleaners or those strangely intriguing slicer-dicer things you see advertised on infomercials. No, we're just purveyors of our travel adventures and other oddities. Sometimes, the humor around here gets a bit eccentric - some might say weird. But, it makes us laugh. Hopefully, it will make you laugh too. Even if it's at our expense. We're okay with that. 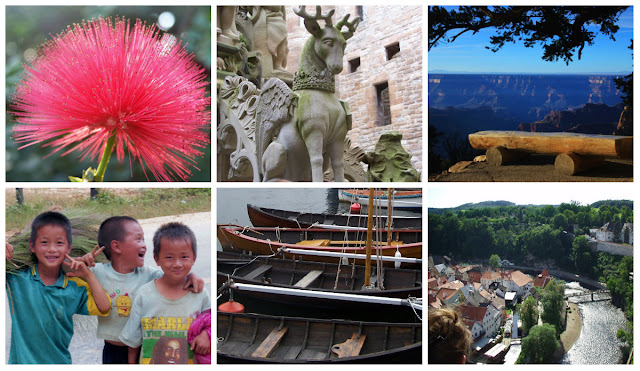 One day, we started dreaming of sailing away.

Well, actually Scott started dreaming of this whole sailing away thing first and then convinced (or is that brainwashed?) Ellen that this was a fabulous idea. Ellen had been dreaming of escaping the rat race and a sailboat seemed like a reasonable mode of transportation out of corporate la-la land. After all, what could go wrong? What was there to be scared of? {Spoiler alert - turns out there's plenty to be scared of. Like whales smashing your boat into smithereens, being eaten by a shark and decapitating your husband by accidentally gybing the boat. You can read all about it on the blog. Not that any of that stuff has happened to us...yet.} 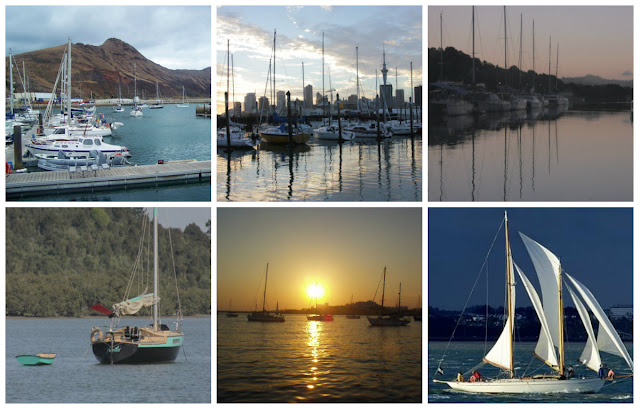 All the cool kids had blogs.

One of the ways Scott got Ellen onboard with the whole sailing away thing was to get her to hooked on sailing blogs. If other middle-aged, slightly pudgy women could move onto a boat and have fun doing it, then she could too! If other folks could start a blog to document their journey from landlubber to cruiser, then she could too!

And so it began. We started a sailing blog in July 2013. If you read our blog from the very beginning, you'll see that there was a lot about sailing, especially during the first year. Because that's what our focus was at the time - leaving corporate la-la land, getting rid of all of our stuff and moving onto our sailboat full-time in New Zealand.  Along the way, Ellen was doing some serious catching up to Scott in terms of learning about sailing. As a result, in the early days, you can find lots of posts about boat buying, sailing fears, cooking on a boat etc. All from the perspective of someone who knows absolutely nothing about what she's getting into. What a learning curve!

Over time, things changed on the blog. While there is still a big focus on sailing, the cruising lifestyle and exploring the world from the water, we also write about other stuff. Like our travels around the States in our tiny camper and the more mundane aspects of daily life. Occasionally, we even do photo shoots of polar bears. And, as we're the proud founders of the Moa Preservation Society, you'll hear about that from time to time, along with other oddities. 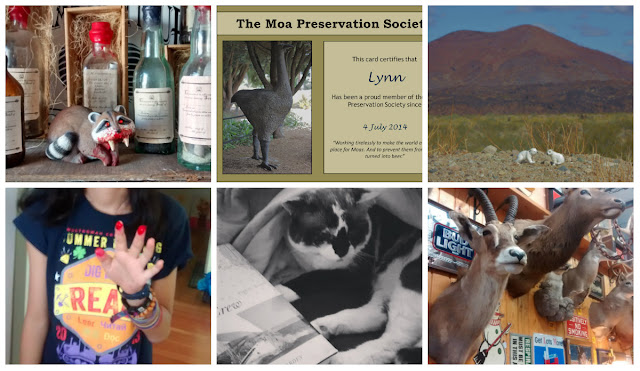 Actually, I do all the writing on the blog.

Enough of this third person thing already! As our Communications Officer, I'm responsible for our blog and write all of these weird posts. That's me talking by the way - Ellen. Scott is our Chief Photographer. I love his pictures. He's also the cynical one. He likes to contribute from the sidelines, preferably reclined on the settee with a beer in hand giving me suggestions about what to write about and pointing out my typos. We met in a sugar beet field in Michigan. As one does.

Where else would a guy from North Dakota meet a girl from Cleveland? Only a few months later, we eloped and got married in Copenhagen, Denmark in 1991. No white dress, no flowers and no wedding pictures. Instead, we wore blue jeans and hiking boots and celebrated with a bottle of cheap red wine afterwards. The perfect wedding. And with all that money we saved not having a proper wedding, we were able to backpack around Europe for a month. The perfect honeymoon.

You won't notice too many photos of us on our blog. Which really isn't a surprise given we don't even have photos from our wedding. This is about as good as it gets when it comes to pictures of us. By the way, this is the perfect look for those family portraits if you're having a bad hair day. We hate looking at photos or ourselves - why would we inflict it on you? However, we love looking at pictures of our travels and the interesting people we meet along the way, so you'll see plenty of those. 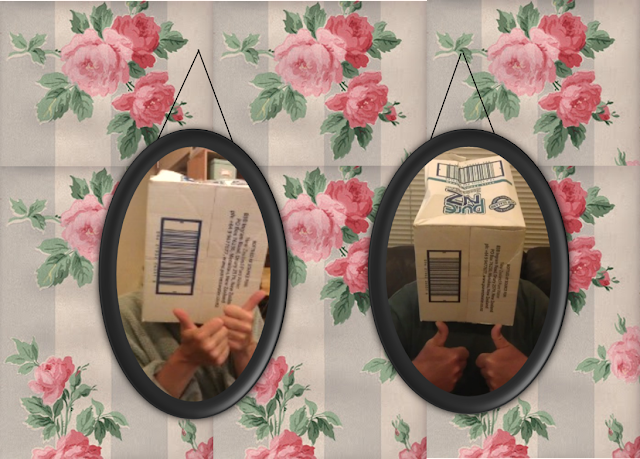 I sold my soul to the devil for medical and dental insurance.

In 1993, we went on a camping trip from Michigan out to Oregon. We liked it and decided to stay. We lived in Astoria, then moved to Portland where I got a job in corporate la-la land. Turns out that anthropology degree of mine was pretty useless in terms of making any money and getting health insurance, so I got a job in HR instead. Scott also has an anthropology degree, but he made better use of his working as an archaeologist. A lot of people think that must be a really interesting job. But it's really not as glamorous as you imagine. We're talking mud, working in the rain and endless hours writing reports which describe the color of dirt in excruciating detail. 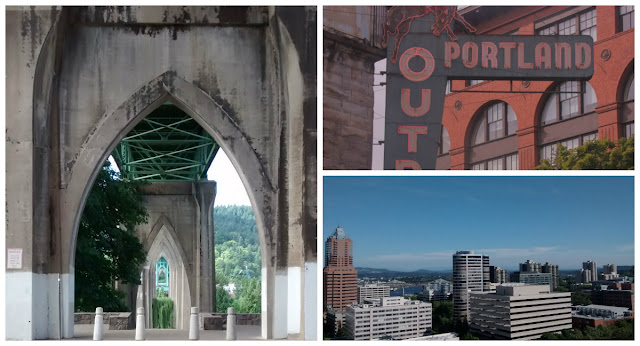 We loved traveling, but work got in the way.

That's the problem with regular pay checks. They expect you to turn up to work regularly. This two weeks of vacation a year that you get in the States just doesn't cut it if you want to do some serious travel. But then, I got transferred to Scotland at the end of 2001 and things got so much better. Now we had oodles of vacation time and we could get cheap as chips flights to Europe and other fabulous places. Fancy a weekend in Paris? Sure! Want to grab a last minute deal and head to Tunisia for a week? Why not. Things were good. 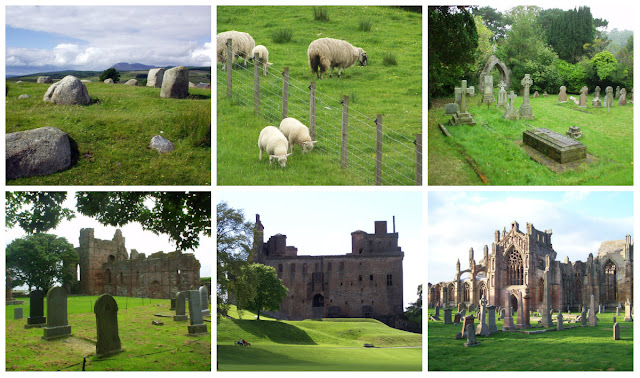 But, then we got itchy feet.

After seven years in Scotland, it was time to move on. I think we've always had a nomadic spirit - it just got quashed after years in corporate la-la land. So when I got a job offer in New Zealand, we didn't hesitate for a second and in 2008 we moved to Auckland - the City of Sails. Scott had spent several years cruising and racing in Europe, but now it was time to start his "let's go live and travel on a sailboat" brainwashing campaign in earnest. We chartered boats in the Bay of Islands, Scott got hooked into the racing scene in Auckland and, before you know it, we bought our first sailboat. 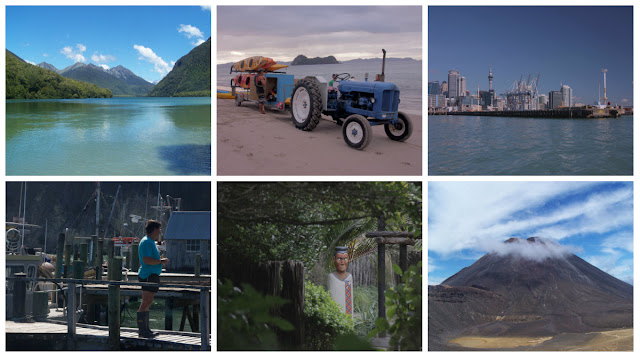 Then, I got made redundant.

Well, technically my job got made redundant in 2013. I'm not sure if the term "redundant" is used in the States. Basically, it means they told me to scram. By this point, I was more than ready to scram. While I loved my job, it was time to quit the rat race. As a parting gift, they gave me a check which helped enable us to set sail. It was a win-win for everyone. It was sweet as, to use another Kiwi expression.

And that's when the adventures began.

I escaped from corporate la-la land, we left the rat race and we moved onto our boat at the end of 2013 and cruised around New Zealand for a while. Since then, we sold our boat in Auckland, headed back to the States, bought a 13' Scamp travel trailer, traveled around the States, bought another boat in Florida and have been having a blast along the way. We're chuffed to bits that you're visiting our little corner of the blogosphere and joining in the fun! 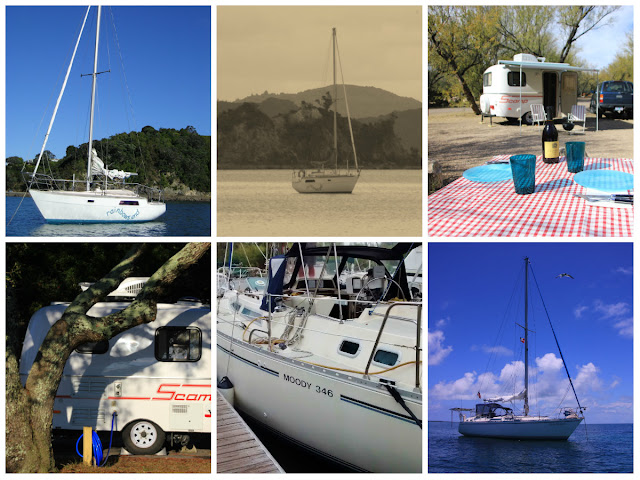 If you want to know more about us (and we wouldn't blame you if you didn't) then check out these links: