Today's I'm featuring C. Lee McKenzie's middle grade book, >>Some Very Messy Medieval Magic<<, the third in the Adventures of Pete and Weasel series. Check out my interview with Lee below, where I ask her some serious questions about writing and some less serious questions about things like cookies and penguins wearing sombreros. 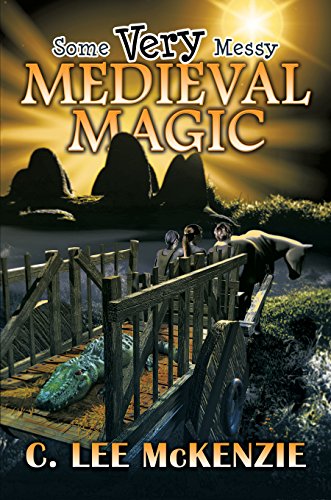 1 - What inspired you to write the "Adventures of Pete and Weasel" series?

The truth is I didn’t set out to write a series. I set out to write Alligators Overhead. Then a teacher read that book to her class, and they drew pictures of the alligators and the haunted Hadley mansion at the edge of the Ornofee Swamp and sent those to me. They also wrote letters. In one, a young reader wanted to know when my next book with Pete and Weasel was coming out. Another letter asked if I could please put a girl in my next book. Well, I thought why not? So I wrote The Great Timelock Disaster and put a girl in it. Since I’m some who likes the symmetry of three, Some Very Messy Medieval Magic was the next natural step to take. I backed into this series, but I think it worked out. Each book can be read separately; it’s just that readers will have a bigger picture of the boys and their slowly developing friendship if they read all three.

Ellen - I love the fact that you get letters from young readers. How cool is that?!

2 - Do you have any writing rituals?

Not really. I have morning routines that I suppose could be elevated to the level of ritual if I thought about it, but I set aside time for writing and hope something good happens between my brain and my fingers. Sometimes it does. Other times, I’m wasting those hours, so I do something else. Usually, when I’m off doing that other thing, I get some good ideas. Hey, maybe that’s my ritual. I just never called it that. Thanks! Now I can sound so much more writerly and tell people I have a ritual. I can explain it, too.

I don’t think about stories like that. I think about where’s my focus? Usually, it’s on characters, and I let them take the reins as to plot. I always have a beginning in my head and an end. All I need is a way to go between this two places without bogging down in a messy middle. I know that’s where plotters have it over the pantsers or (as I call myself) the semi-pantsers.

Ellen - "Semi-pantsers" - I like that term. That's the approach I've been taking on my current work in progress.

4 - What do you like the best about being the author? What do you like the least?
I like being able to tell myself stories that I want to read and become lost in. Writing is like opening a door to another place just waiting for me to create it and populate it with people. I’ve always thought that writing was the other side of reading, and I’ve been a reader since I can remember. As to the what I like least? Sitting. I’m not a sitter by nature, so when I’m really writing, I have to forget that my butt’s in the chair, and I’m not outside doing something. If I’m really into a story, that’s easy, but if I’m struggling, I have a tendency to abandon my chair and go for a hike.

Ellen - I'm more of a "plopper" myself. I plop down on the couch or my bed with my computer to write.

Okay, so this is a trick question, right? Let me back into the answer. There are two kinds of people in the world: those who love sweet, creamy food and those who eat dill pickles. I’m the dill pickle kind of person. Oh, I’ll eat chocolate. I’m human, but I’ll turn down dessert without a qualm. Even cookies. However, I do fancy a biscotti with almonds once in a while. They have to be really crunchy and toasted. I don’t like the caky biscotti. Either I make my own or I hunt for Italian bakeries that know their biscotti.

Ellen - It was a trick question. And since you do like a biscotti occasionally, I think we can say that you've passed the test.

6 - A penguin walks through your front door wearing a sombrero. What does he say and why did he come visit you?

Ellen - You've earned like a million extra credit points for that answer! And I learned a new word - 'pepinillos' (pickles). If you want to know what Lee said, cut and paste this section into Google Translate here.

7 - Do you believe in magic and time travel?

I believe in just about everything impossible. Why not? Like Wordsworth said, "The world is too much with us; late and soon,…” I know the difference between fact and fiction, but I’m not sure that distinction matters much anymore. I’d rather work on the issues of what’s right and what’s wrong.

Ellen - Believing in the impossible is a great attribute for a writer. It's probably why you write such creative stories. Thanks so much for the interview, Lee! It was fun to learn more about you.

Pete and his friend Weasel thought they’d closed the Time Lock. But a young page from medieval times, Peter of Bramwell, goes missing. His absence during a critical moment will forever alter history unless he’s found.

There’s only one solution – fledgling wizard Pete must take the page’s place. Accompanied by Weasel and Fanon, Pete’s alligator familiar, they travel to 1173 England.

But what if the page remains lost – will Pete know what to do when the critical moment arrives? Toss in a grumpy Fanon, the duke’s curious niece, a talking horse, and the Circle of Stones and Pete realizes he’s in over his young wizard head yet again…

You can also request that your local library purchase a copy using this form. 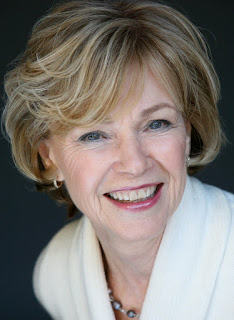 I’m C. Lee McKenzie, a native Californian who grew up in a lot of different places. I returned to my home state where I live in the Santa Cruz Mountains with my family. I write most of the time, garden, hike, and practice yoga. I travel a lot because that’s how I learn new stuff, and it’s my way to jump-start stories.

In my young adult writing, I take on modern issues that today's teens face. My first young adult novel, Sliding on the Edge (2009) deals with cutting and suicide. My second, The Princess of Las Pulgas (2010), is a story about a family that loses everything and has to rebuild their lives. Double Negative (2014) focuses on literacy, and Sudden Secrets (2014) tackles bigotry and intolerance.

When I want to have fun, I write middle grade books. Alligators Overhead is my first published book for readers age 8-12. Book 2, The Great Timelock Disaster, followed, and now I have Book 3 Some Very Messy Medieval Magic. Writing the adventures of Pete and Weasel has entertained me no end. I enjoyed them so much that I came up with Sign of the Green Dragon—another adventure fantasy.

Here’s where to see more of what I do: http://cleemckenziebooks.com Stop by and say hello or tweet me up. My Twitter handle is @cleemckenzie. If you’re a Facebookie or an Instagramer I’m there, too as @cleemckenzie.

What books have you been reading lately? Do you believe in magic and time travel? Ever seen a penguin wearing a sombrero?

Thanks for stopping by our blog - we love it when people come visit! We're also on Facebook - pop by and say hi
Posted by The Cynical Sailor at 1:00 AM