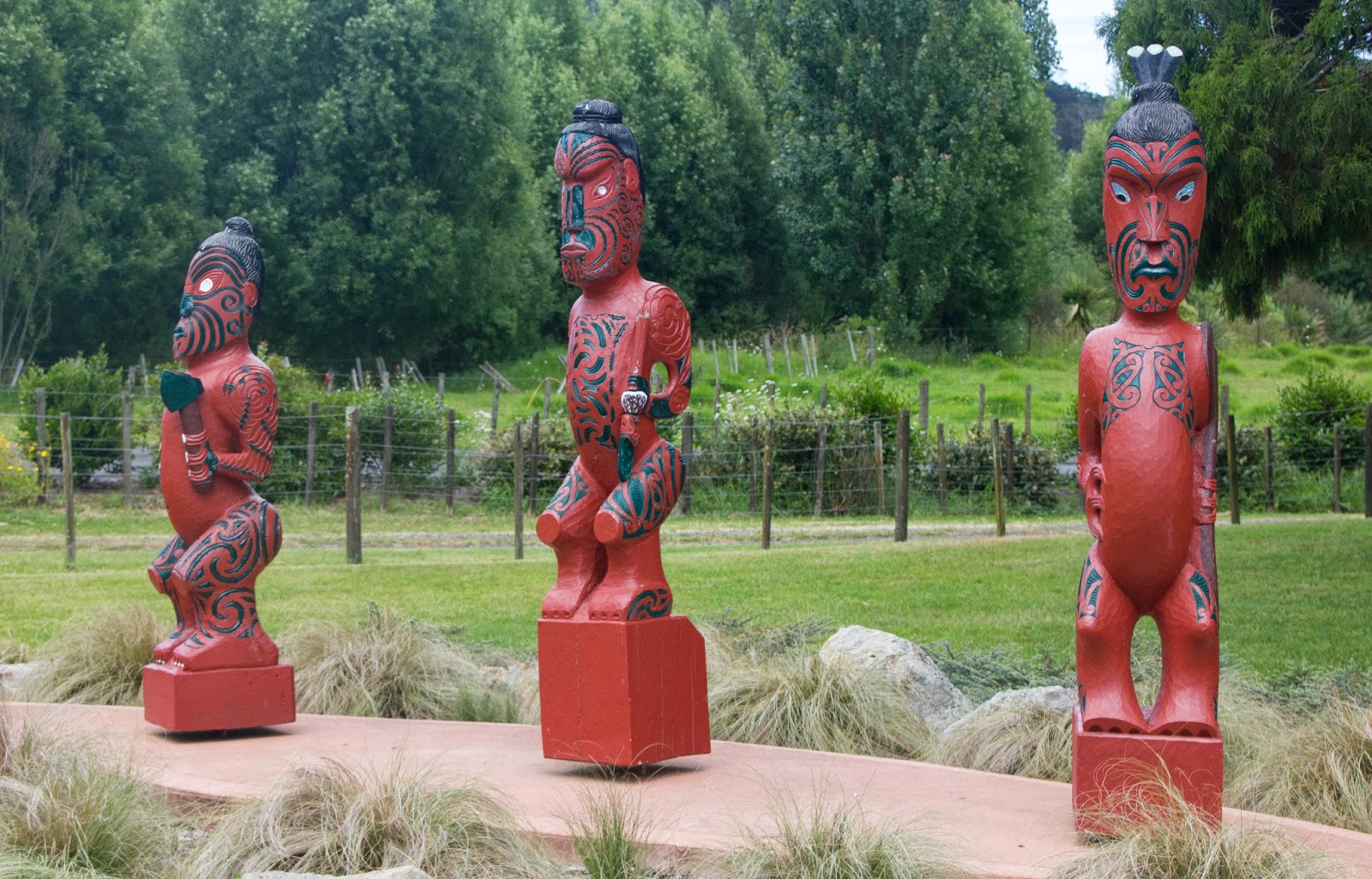 When I first arrived in New Zealand, I took an intro Te Reo Maori class. The first thing I learned is that the Te Reo Maori name for New Zealand is Aotearoa, which means the land of the long white cloud ("ao" meaning cloud, "tea" meaning white and "roa" meaning long). The second thing I learned is that "Te Reo" means "the language", hence "Te Reo Maori" means "the language of the Maori". You'll often hear it just referred to as "Te Reo".

I wasn't a very good student and I didn't retain much from the class (this is a theme for me, I like to take classes but don't remember anything), but I thought it might be helpful to note down some Te Reo terms and tips on pronunciation (not that I can pronounce Te Reo) to jog my memory. And if you ever find yourself cruising in Aotearoa, you can try to give it a go too.

It is important to note that Te Reo has traditionally been an oral language and the written form has just developed over the past two centuries or so. There have been different orthographies (fancy term for writing system) used and a standard written language continues to be developed. One of the most common ways I've seen Te Reo written is with "macrons". Macrons are short horizontal lines that are put over vowels to indicate a long vowel sound. Some people double the vowel rather than use a macron (e.g., "aa" would be a long vowel and "a" would be a short vowel). Things could go wrong in interpretation if you confuse a long vowel with a short vowel. For example, "pahu" (short vowel, no macron) is the word for "bark" and "paahu" (with a long vowel, I doubled the "a" rather then use a macron) is the word for "explode". Imagine if you were talking about a dog barking but it sounded like you were talking about a dog exploding. This might cause some confusion. People also might call the SPCA on you for being cruel to dogs by making them explode. It is possible that "pahu" actually refers to bark on trees and not the sound dogs make (I told you my Te Reo was poor), but you get the idea.

But I haven't figured out how to include macrons using the Blogger tool, so I've left them out and just doubled the vowels instead. I know this isn't ideal and I'm sure some people would say it is really, really bad to leave them out. Maybe some day, I'll figure out how to add them in and update this. In the meantime, I figure some attempt at learning Te Reo is better than no attempt. So here it goes, Te Reo 101 Ellen style sans macrons.

The Te Reo alphabet includes:
Now if you've been paying attention, you'll remember about the short vs. long vowels. Here is how you pronounce them:
Practice listening to the vowel sounds by saying, "Hey you, that is about as far as you're going to enter into my house ever again! Last time you were here, you kept your boots on and farted in bed. It made an awful smell. Almost as bad as your mangy sheep outside. And I saw you eat up all the pork in the fridge and put the empty dish back. Get lost!"

The consonants are pretty much pronounced like they are in English. There are of course some exceptions to keep you on your toes.
Have you finished practicing your sounds? Good, you're ready to learn some basic phrases.

If you're American, throw in a few of these words and phrases from time to time and you can go a long way towards chipping away at our reputation as monolinguals intent on global domination who wish there was a McDonalds and Starbucks on every corner and can't figure out why everyone else doesn't speak English (even when we speak very slowly and loudly to them).

How to Talk About Water & Land

Here are some terms related to the water and land. You also use them decode place names in Te Reo.


Practice talking about sailing with some of these nifty words. Try saying, "Hey honey, I dropped the car keys in the whanga. Would you mind diving into the wai and looking for them. Don't worry the au isn't too strong, you won't get swept away. But not to worry if you do drift away. I just took a big insurance policy out on you."

So there you go, your first lesson in Te Reo. I don't guarantee results or the quality of the instruction, so use at your own risk! The worst thing that can happen is people laugh at you. It could be worse like actually dropping your car keys in the whanga or letting your mobile/cell phone go for an unintended swim.