Reader Ideas On How To Kill Someone In A Boatyard | You Guys Are Scary!

On Friday, I asked our readers here and over on Facebook for their ideas on how to murder someone in a boatyard. I was astounded at how many responses we got. And a little scared. So many well-thought out ideas. Is it possible some of you have personal experience with this?

I thought I'd share some of the different methods people suggested just in case your neighbor at the boatyard is getting on your nerves. Not that you'd put any of these into practice in real life, but sometimes it's cathartic to imagine what could happen.


Building on my original idea of using a jack stand as a murder weapon, several people suggested that someone could monkey around with the stands causing a boat to fall on top of someone and crush them to death.

One of the most creative twists on this idea came from Deb Akey who suggested that a boat could crush the "Wicked Witch of the Boatyard" leaving just the shoes peeping out à la Wizard of Oz. Then the amazingly talented cruising cartoonist Sarah Steenland created this illustration to demonstrate exactly how it would work.

2 - DEADLY ENCOUNTERS WITH THE TRAVELIFT

Travelifts are used to hoist boats in and out of the water and move them around marinas and boatyards. People suggested that one of the straps could break causing a boat to fall down and fatally harm someone or that the Travelift could be used to run someone over. Lesson learned: stay clear of the Travelift when it's in operation. 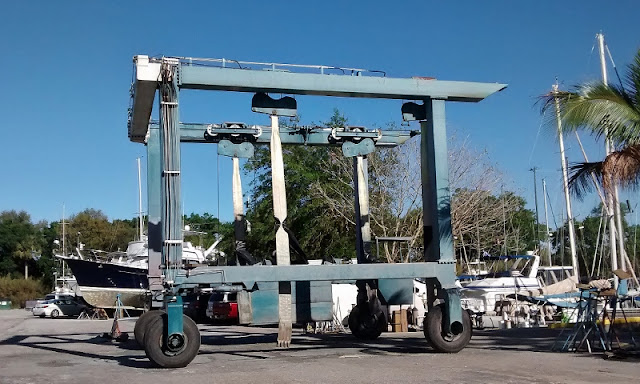 There were a lot of suggestions about things that could be dropped on someone's head. Someone had the idea that a windlass could mysteriously "malfunction" causing the chain and anchor to come crashing down. I can see how the murderer could try to pass that off as an accident. We've been having a terrible time getting our windlass to work - it has a mind of its own, but fortunately hasn't attempted murder yet.

Other thoughts included hitting someone with a winch handle. {Hmm. . .that sounds familiar. Maybe that happens in my first book, Murder at the Marina? Could that be it?} Someone also mentioned real-life experience with the support arm of a fridge door failing and causing injury.

One of the devious ideas that someone put forward was to hit the victim over the head with a big piece of ice (maybe ice used to store fresh fish at the dock). The murder weapon would then melt, leaving no evidence as to how the dastardly crime happened.

If you saw the sailing cult classic film Captain Ron, then you'll be familiar with how a flare gun can be used as a deadly weapon. A speargun could also be used to kill someone as well. 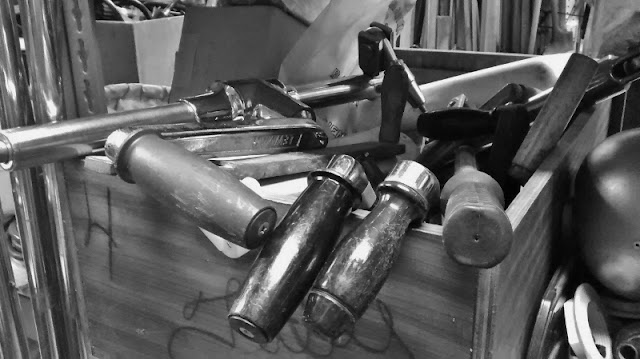 4 - SHOULD HAVE WORN A RESPIRATOR

There were lots of suggestions related to the products commonly used on boat projects. A lot of this stuff is super toxic. A friend recently loaned me some stuff to remove adhesive from our cockpit. It was working great until I realized I was getting pretty light-headed. Then I read the container. Definitely should have been wearing a respirator. I think I lost a few brain cells that day.

There are a lot of chemicals that can kill you in a boatyard, either on their own or mixed together. The third book I'm planning the series is called Poisoned by the Pier and I think I'll work in some sort of chemical-related death into it. 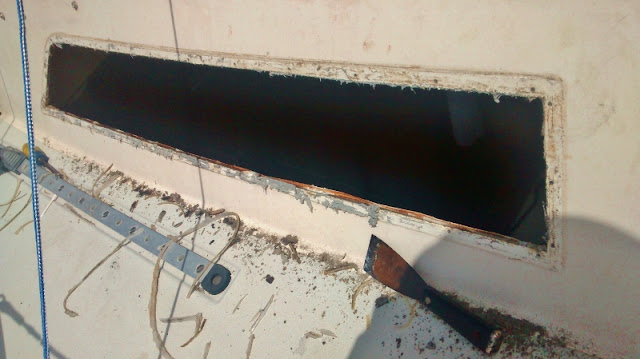 That's a picture of me on a bosun's chair up at the top of our mast. I'm pretty scared of heights, so I don't think anyone was more surprised than I was that I agreed to do this. Sadly, accidents do happen when people go up the mast, which is why you always use a second safety line in addition to the primary one.

I can definitely see a murderer doing something to the lines or bosun's chair which would cause the victim to fall down and crash in the water or on land, or possibly even get caught up and hung in the rigging.

You could also get seriously hurt if you fell off of a ladder or were pushed from the deck onto the ground. Actually, the more I think about it, the less I want to be in a boatyard. It's a dangerous place even without a murderer on the loose.

A few people suggested hanging someone from a halyard, which is actually one of the tentative titles I'm thinking about for a future book. 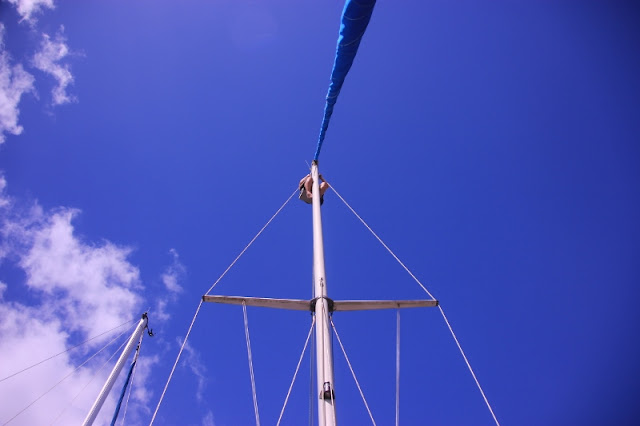 Many boaters use propane onboard for cooking. It's a great choice - readily available, relatively inexpensive, and easy to use. But it is a flammable gas and the problem with flammable gases is that they can cause everything to go boom.

Fire is a real risk onboard a boat. More than one boat has been lost due to faulty electrical connections, a propane explosion, or an issue with the fuel system. I can definitely see how a murderer could off his victim through some sort of fire, hoping that any criminal evidence would be burned up in smoke. We have several fire extinguishers on our boat. Let's hope we never have to use them. 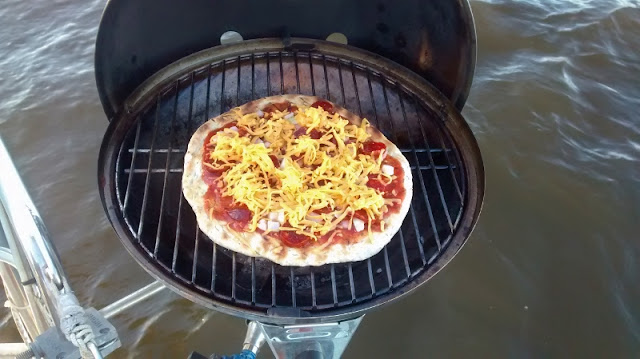 A few people pointed out that you don't have to get fancy when it comes to murder. Just owning a boat and doing work on it yourself in the sweltering summer heat is enough to drive someone to their death. And, if that's not enough, give them the bill for being in the boatyard and that will finish them off. 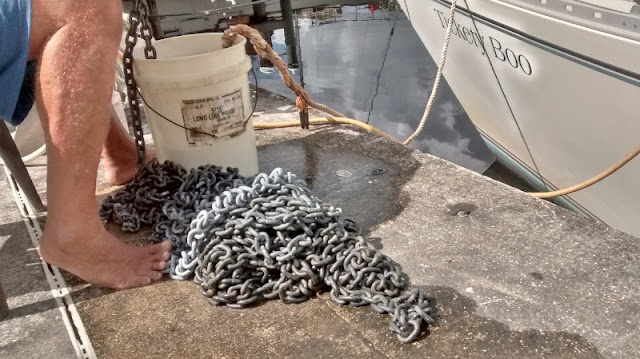 There were lots of other gruesome suggestions such as putting fast-curing epoxy in someone's nose and mouth. What a horrible way to go! Or luring someone onboard with the pretense of a fishing trip, then stuffing them in a crab cage and tossing it overboard. What about wild dogs chasing you down and biting you? Perhaps the most gruesome of all was having to use the bathroom in the boatyard in the middle of the night. Not only are boatyard bathrooms pretty gross, who knows what's lurking in the dark waiting to get you.

People also had devious ideas about where to hide the body - in the holding tank or lazarette, buried under lead and fiberglass in the keel, or in a shrink-wrapped boat where no one can see what's inside.


MURDER AT THE MARINA

If you want to check out the murder method I used in my first cozy mystery, >>Murder at the Marina<< will be released on June 21st and is available for pre-order:

Don't all these ideas make you want to go boating? Any other suggestions for how to murder someone in a boatyard, marina, or while out sailing? It's all great inspiration as I start to plot out the next books in the series.