Chocolate, Bubbles & BLTs | A Day In The Life Of A Book Release

So yesterday was kind of a big deal. It was the start of summer in the Northern Hemisphere. Oh, yeah, something else happened—I released my debut novel, Murder at the Marina.

Have you ever been curious about the day in the life of a book release? If so, you're in luck! That's what today's blog post is all about.

Or maybe you're one of those people who has no interest whatsoever in that type of thing, but you don't feel like working on what it is you're supposed to be working on. You're in luck too! This is the perfect time-waster. Read on!


Here's how it all started—oatmeal and a cup of coffee. But not just any cup of coffee. Coffee in this amazing mug that my mom sent me. It has my book cover on it! Possibly the coolest gift ever. 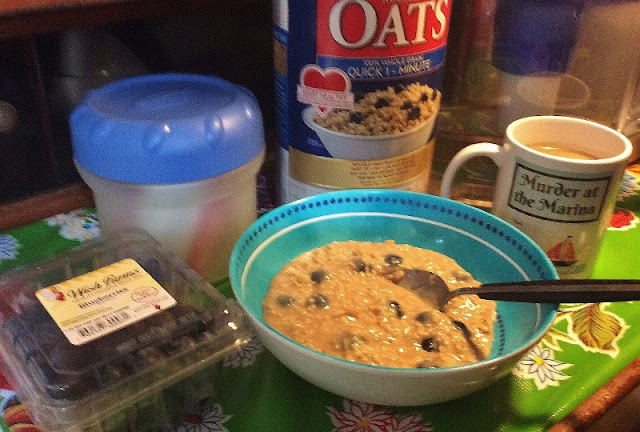 Then it was time to check the sales reporting. So exciting to see those pre-orders turn into actual live sales. Someone even bought the paperback version. I didn't really think those would sell, so that was a nice surprise. {By the way, for those of you who were interested in my Amazon exclusive vs. going wide debate, 10% of my pre-order sales came from Kobo, Barnes & Noble, and Apple iBooks.} 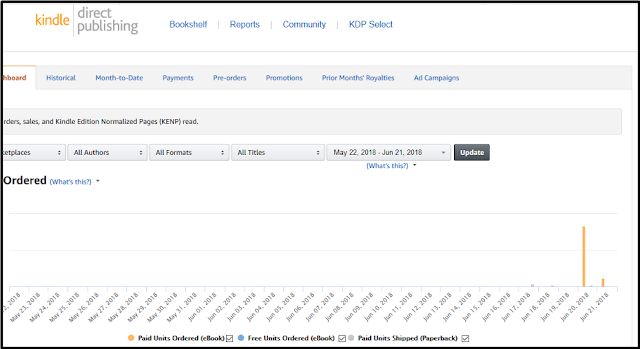 Checking sales reports and working on spreadsheets was tiring work. Snacks were required. Which bowl do you think was finished first - the one with M&M'S or the one with fruit? 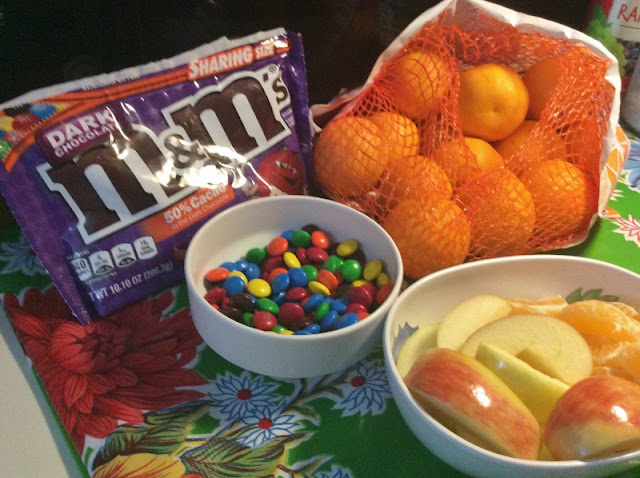 Lunchtime! A BLT because nothing goes better with a book release than bacon accompanied by a glass of sparkling water with a splash of mango juice. Okay, maybe there were some M&M'S too. Over lunch, I checked out the reviews people have been leaving on Amazon and Goodreads. I was blown away by how many folks took the time to read and review Murder at the Marina. 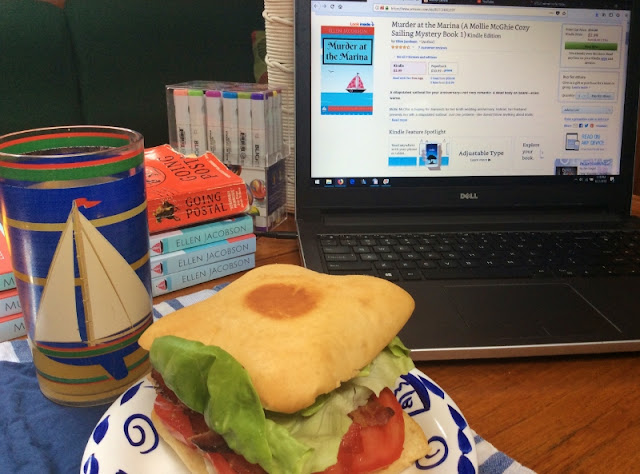 I spent time updating this site, my author site, and social media sites, changing references from "pre-order" to "now available." I even uploaded a cool graphic with sailboats which turned out to have had a glaring typo. Nobody seemed to notice, or at least they were too polite to say anything. That required ten M&M'S. Yes, I counted each and every one I ate on release day.

After that, I practiced signing my name. My mom and sister requested signed paperbacks, but my real signature is like chicken scratch. Possibly the strangest part of the day. I still haven't come up with a version that I like. 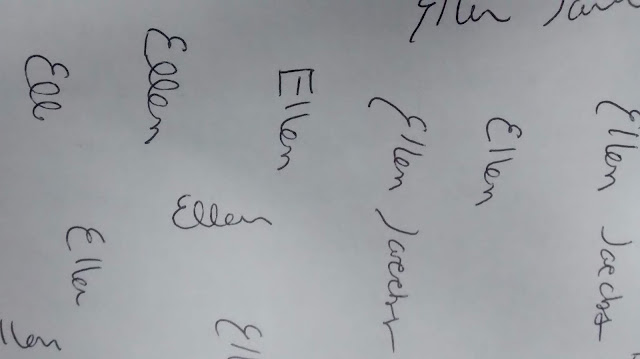 Time for some more sales and rank checking. I'd always heard that new authors obsessively check their stats on an hourly basis. Not me, I told myself. Turned out I was wrong. I became completely and totally obsessed. I even discovered this site (Book Report) that makes a noise like a cash register every time you make a new sale. Very cool.

If you're interested, the ranking of the ebook edition at 2:00 PM was 151,503 compared to 56,049 the previous day and 27,028 when I first put Murder at the Marina up for pre-order. I'm not really sure how the mysteries of Amazon's algorithms work, but I do enjoy looking at graphs. 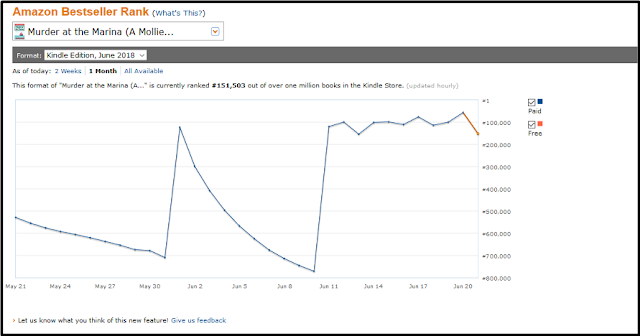 Throughout the day, I kept smiling as friends sent me messages congratulating me on my release. We also had a great start to the blog tour and fiesta (check out the list of participants here). I spent time answering emails including one from a lady asking if Murder at the Marina would be available at her local bookstore. Sadly, the answer was no.

I was working away on this blog post when my sweet friend, Michele from Sailing Honu, dropped off some flowers for me. 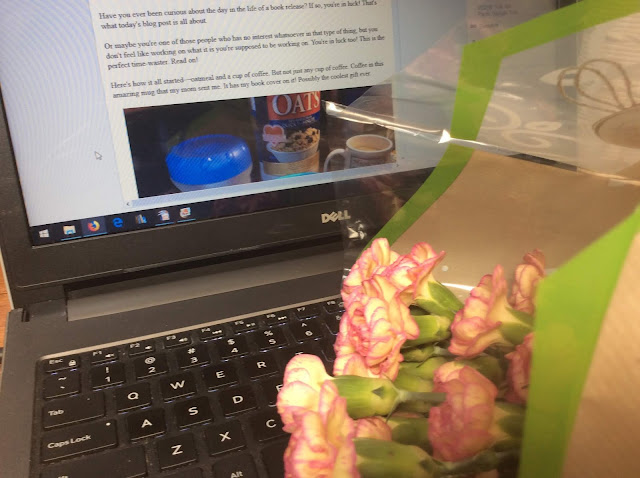 Too much time in front of the computer. So, I headed off to the marina patio for a beer and some more snacks. In case you haven't figured out by now, I'm always thinking about my next meal or snack. 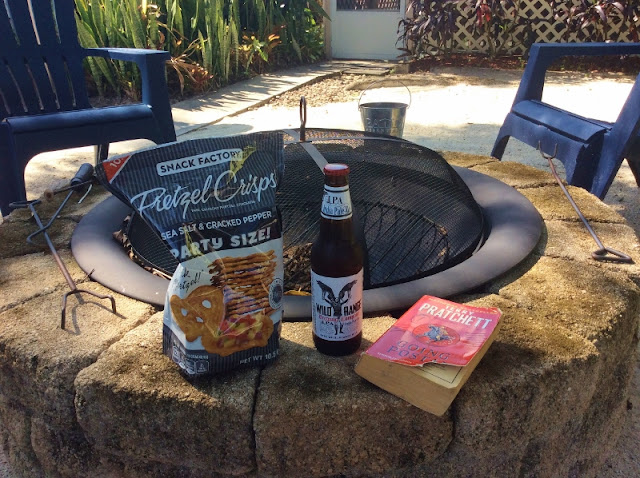 It was soooo hot outside. I think the real feel temp was over 100F. I didn't last long out there. I chatted with some marina friends, Julia and Gayle, on the way back to my boat. Gayle is such a sweetie - she pre-ordered a copy of my book, but of course the crappy marina WiFi wouldn't let her download it.

Later in the evening, I had some Brussel sprouts and rice. Yum. I did some more obsessive sales, rank, and review checking. Made it up to 32,883 in the Amazon rankings and someone in Italy bought a book. Italy - wow! 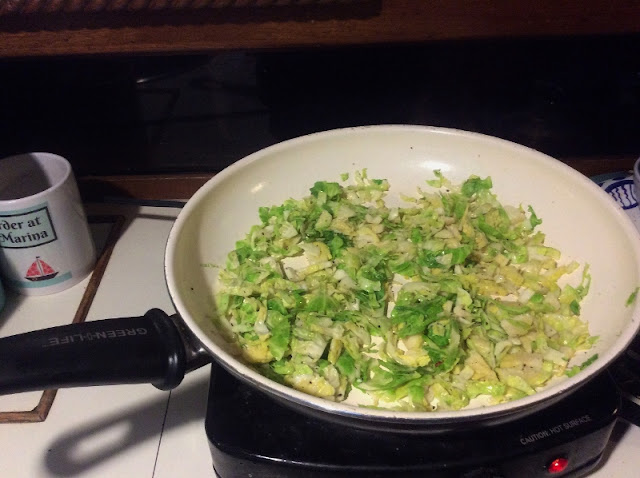 The day finally wrapped up with some bubbles and brownies. If you've read Murder at the Marina, you'll understand why I had brownies. While I got my chocolate fix, I put together a puzzle my mom sent me. Yep, that's my book cover. She's the best mom ever, which is why I dedicated my book to her. 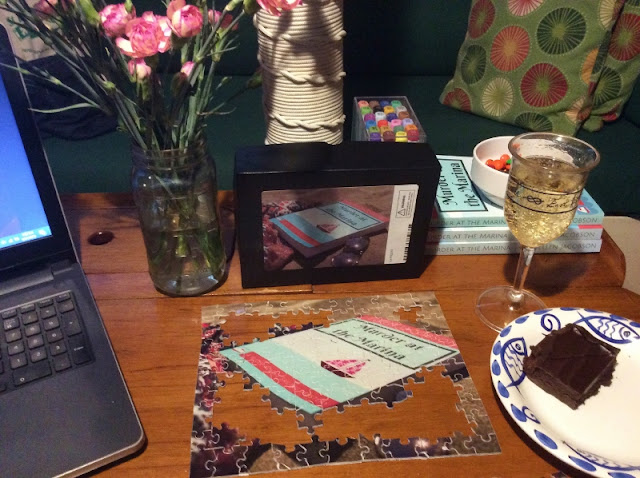 Since I had woken up at 2:00 AM after a nightmare that I uploaded the wrong ebook files to Amazon, I was pretty shattered by the end of the day. So it was an early night and off to bed to dream about the next book in the series, Bodies in the Boatyard. 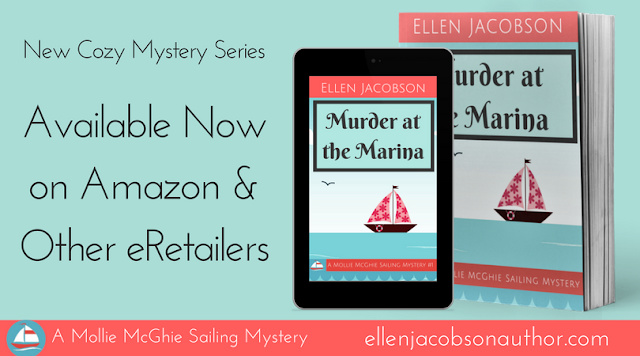 A dilapidated sailboat for your anniversary - not very romantic. A dead body on board - even worse.