Reader Question | How Would You Murder Someone? 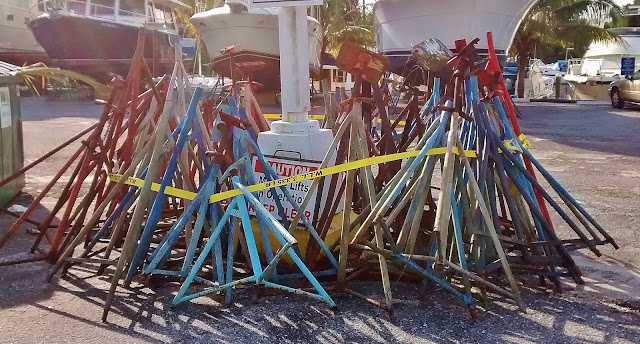 So, here's a bit of a strange question for you—how would you murder someone in a boatyard? I'm currently working on my next cozy mystery, >>Bodies in the Boatyard<<, and am at a bit of a loss for how to kill off a very unfortunate character.

My original idea was to have the murderer use a jack stand to clobber someone over the head. If you're not a boat person, jack stands are metal supports that they use to prop boats up when they're on the hard.

Oh, I should probably also explain "the hard" too. It means that your boat is on land, not in the water. You put boats on the hard to store them or to work on them. There's a saying that goes, "life is hard on the hard." 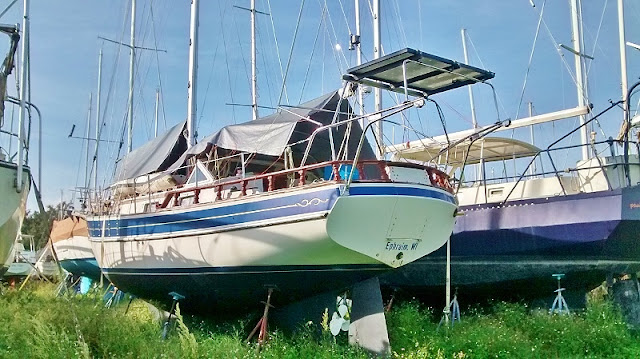 The jack stand seemed like a great idea in theory. But, then a friend and I tested it out and the theory didn't pan out. Just so we're clear—by "testing," I mean lifting them up, not actually killing people.

Turns out those suckers are pretty heavy and awkward to use as a murder weapon. So, I'm back at the drawing board and that's where you come in. What do you think? How would you kill someone in a boatyard? Leave your suggestions in the comments below. If I use your idea, I'll mention you in the acknowledgments when the book is released. And, don't worry, I'll assume these are ideas you've dreamed up, not actual things you've put into practice.