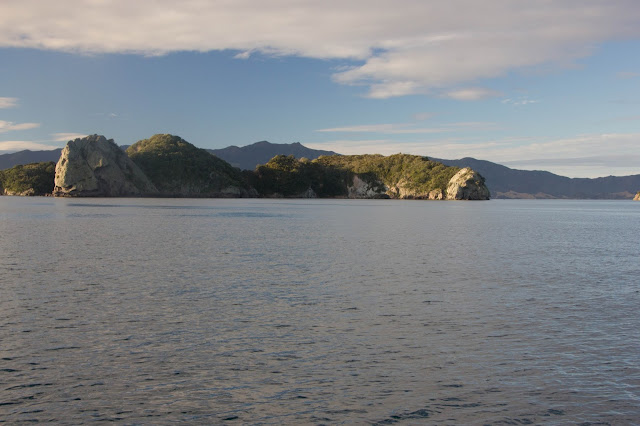 There are three uninhabited island groupings on the western side of the Coromandel Peninsula. The Motokawao Islands are the northernmost of these, lying between Papa Aroha and Colville, and include:


Well to be fair, he did mention them, but not until that night when it was pitch black and creepily quiet. “Do you see all those little red lights along the shore? Those are the eyes of all the rats that live on the island. I hear some of them are good swimmers. Keep an eye out in case any scurry up on to the boat. And whatever you do, don't let them bite you.” Rats on their own don’t bother me – I had two pet rats when I was a child. But those were the good rats, not the evil rats that bite in the middle of the night.

After trying to scare me by pointing out the rats on the shore, I thought of having the type of mutiny that occurs when the skipper "accidentally” falls overboard (see here for 10 easy steps if you want to stage your own mutiny). I decided against it as the winds were up high and threatening to turn south-westerly (which would not have been a good thing in this anchorage). The wind proved to be an excellent distraction from the immediate threat of the evil rats. Our boat kept swinging wildly back and forth on the anchor. I was scared we were going to break loose and slam into the rocky shore. The shore covered with evil rats.  There was also an incident with me getting a fish bone lodged in my throat which distracted me for a good 30 minutes. That was fun too.


Rats are a big problem on many of the Hauraki Gulf islands and there are programs in place to eradicate them. Besides having evil looking glow-in-the-dark red eyes, the rats also impact on native populations of birds and reptiles. These are the kind of rats that we’re happy not to have in our lives.


But don’t let the rats put you off sailing out to this area. It does have stunning scenery and Elephant’s Cove is well known as a great isolated anchorage in which to spend some time. It is probably an ancient volcanic cove which has eroded and flooded over time resulting in steep cliffs on either side of the cove. There is also a small stone beach at the top of the cove if you want to land your dinghy and take your chances with the rats. And ants. There are also supposed to be large ants living on the island. Fortunately, their eyes don’t glow at night.
While you're out there, head over to Motuwi Island, whish is also known as Double Island. This is due to the fact that the long narrow shelf in the center is submerged during high tide resulting in the appearance of two islands. Motukaramarama (Bush) Island has gannet colonies on the cliff tops and interesting rock formations and is well worth a look.
By the way if anyone knows who Happy Jack was, let me know. I'm curious to know why Motukahaua is called "Happy Jack's Elephant Cove". I can't imagine he was happy about the rats.