I remember laughing out loud when I wrote this post. Sometimes, I crack myself up. I guess the person that gets your sense of humor the best is usually yourself. I laughed again when I reread it. I also noticed that I referenced being active on Pinterest. It was something I did a lot of for a while, but then it fell by the wayside. I actually started a new account which I might do more with.

Anyway, this is a flashback to when we lived in New Zealand and I learned about moas, flightless birds which are now extinct. Or are they?

If you're read our blog for a while, you may have noticed the mention here and there of the >>Moa Preservation Society<<. Scott and I are the founding members and the purpose of the society is to save moas from extinction. Some people foolishly believe that the moas are already extinct, but we've seen a few in our travels around New Zealand so we know that's not true. Here is some proof.
We saw this guy on the South Island. He stopped and kindly posed for a picture for us. I think he was on his way to get a pie. Bacon and egg is my favorite. Not sure what his favorite is - I forgot to ask because I was so excited to see a moa. 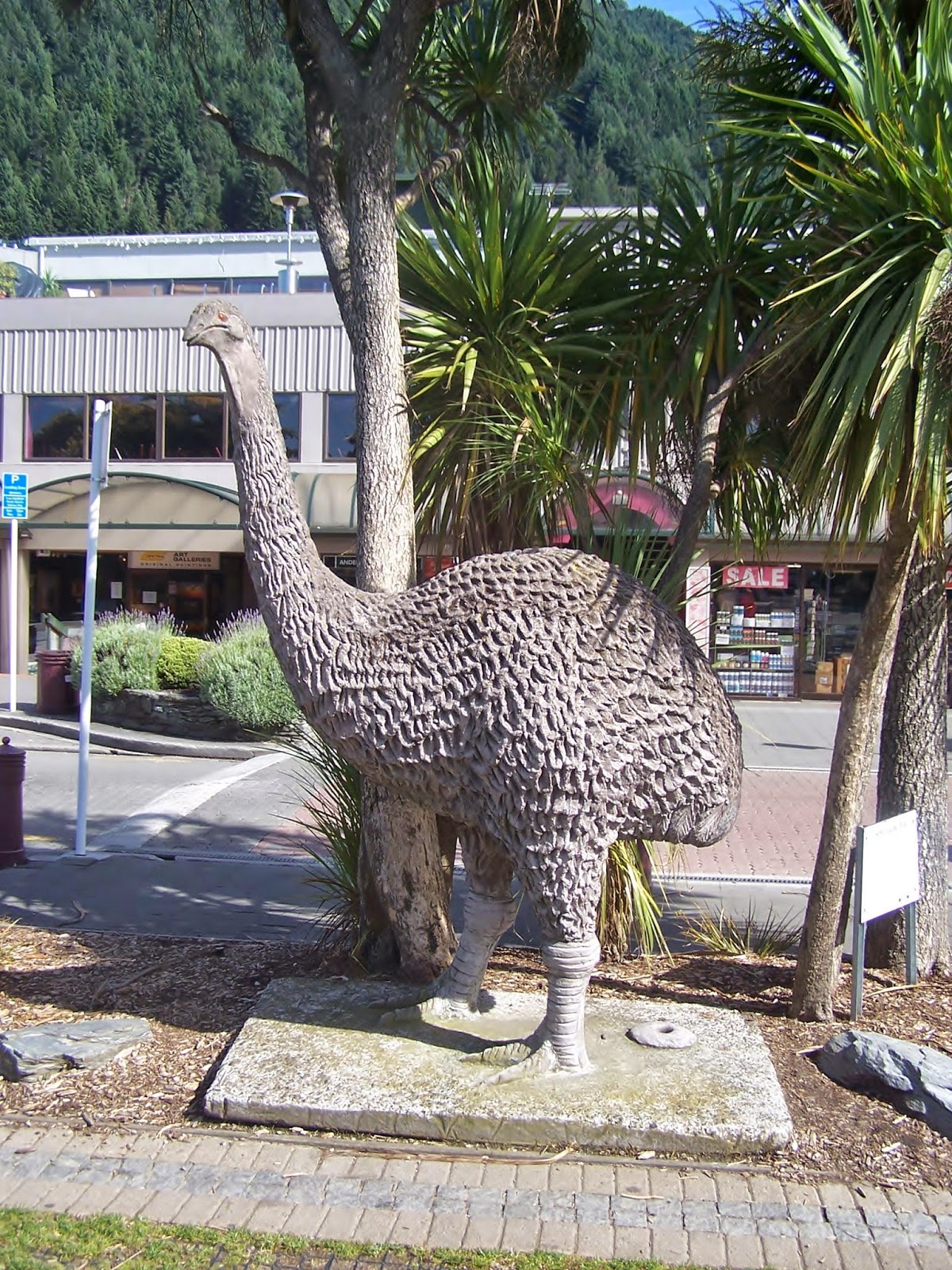 And we saw this fellow on the North Island. Notice how he tries to blend into the bush. Moas are notoriously shy creatures, which is why you don't see them very often. 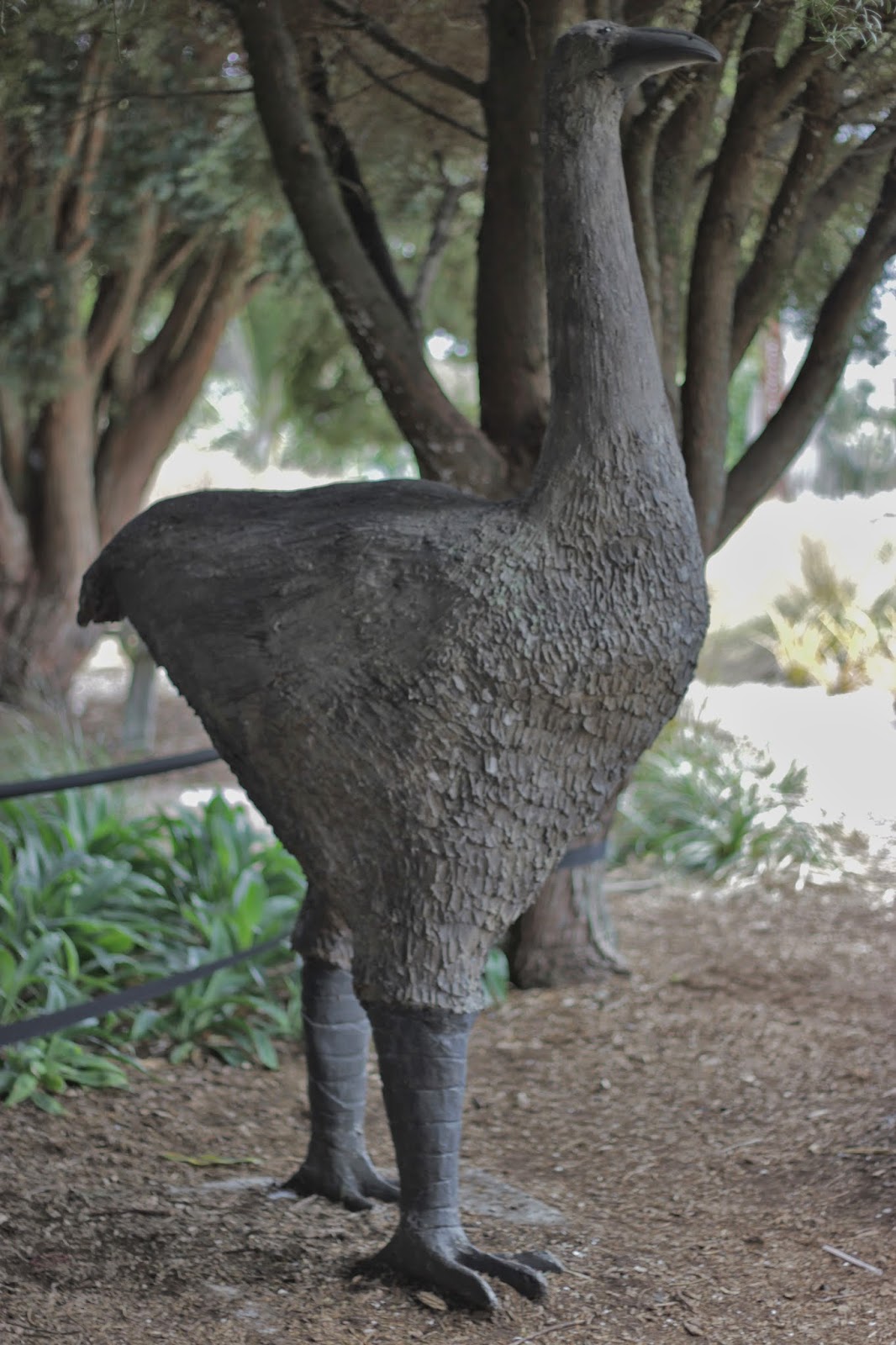 I'm not sure why this myth that the moa is extinct is so prevalent in New Zealand, as well as the rest of the world. Just the other day, I read this article in the New Zealand Herald about Labour MP Trevor Mallard raising the idea that the moa could be brought back from the dead. But not just any moa, as according to Mr. Mallard it would be foolish to have the 3.5m variety roaming around. As he points out:


"They would be dangerous. But the ones 1.3m tall (and 1.8m tall) don't weigh much more than turkeys. I'd like ones I could pat on the head, rather than the ones that are going to bowl us over."


I don't know what surprised me more - that Mr. Mallard thought this was a good issue to talk about in the run up to the election or the fact that he thinks they are actually extinct? Even the Prime Minister knows that they aren't extinct. As John Key pointed out, "there are a few Moas in the Labour caucas."

I guess the good thing about this news story is that it has highlighted the danger that moas are in. Look at this sign for example - an entire business dedicated to hunting the moas down. 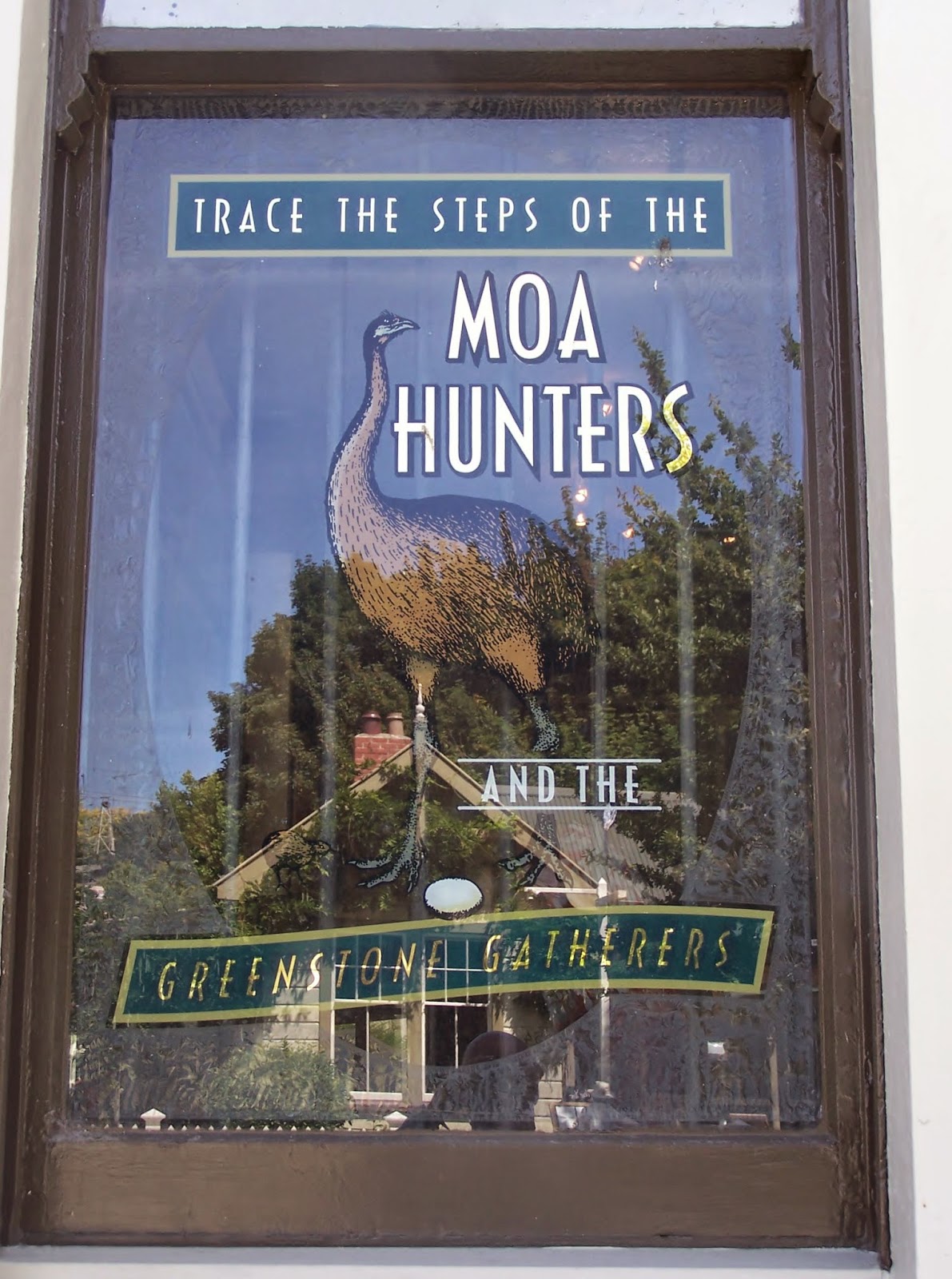 And do you know what they do with the moas they kill? They turn them into {gasp} beer. It's true - check out this site here. They even tried to serve me some on Air New Zealand the other day. Of course, I said no.

But with your help, we can put a stop to it. Join the Moa Preservation Society and work with us to help keep moas around for generations to come. It only costs $25 for your annual membership - what a bargain! And it can be any variety of dollars you like - US, Canadian, New Zealand, Australian etc. You get the idea. Make sure you send it to us in cash and mark the envelope, "Urgent - Large Cash Donation Enclosed." That will ensure the post office gets it to us promptly, as well as safe and sound.

If you want to see some more inspirational pictures of moas, you can check out my Pinterest Board which is dedicated to the subject. I've recently discovered Pinterest - why didn't anyone tell me about it before? It is amazing how many hours can evaporate just like that when you're looking at pretty pictures of things like moas and adding them to your boards.

Once we receive your $25 donation, we'll send you one of these lovely membership certificates which you can proudly display in your home or on your boat. 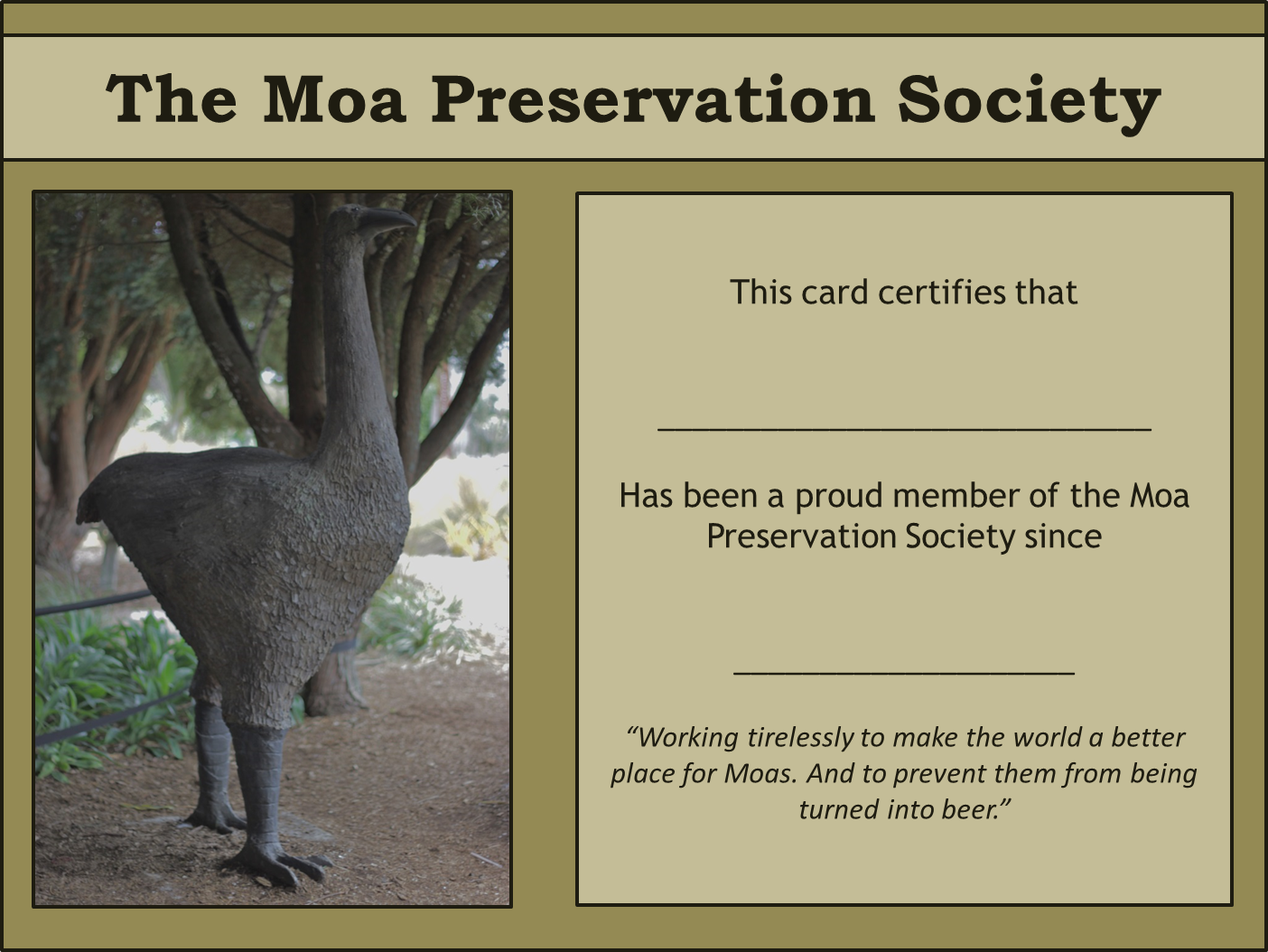 Fancy becoming a member of the Moa Preservation Society? Are you active on Pinterest? If so, share a link below and I'll check it out.
Thanks for stopping by our blog - we love it when people come visit! We're also on Facebook - pop by and say hi!