Today I'm featuring Diane Burton and the release of her romantic suspense book, Numbers Never Lie. I love suspense and I'm a sucker for romance, so this sounds like a great read. 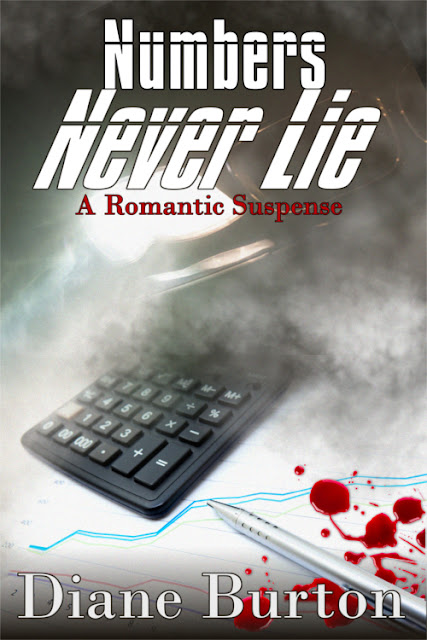 Thank you so much Ellen for inviting me to your blog. I’m hoping to meet Simon the Time Traveling Cat. Is he around? [Editor's Note: Sorry, Simon isn't here today. He's off chasing lizards. I'll tell him you said hi.]

Ellen and I are members of the Insecure Writers Support Group that meets on the first Wednesday of each month. We can write about our insecurities and successes, ask or give advice. Each month we have an optional question, in the event we can’t think of something. This month, I wrote about Life changes—how Life can throw you a curve and set you on a path you didn’t expect and probably didn’t want to be on. It happens. How we deal with it is more important.

On Monday, I was on Maureen L. Bonatch’s blog and talked about this very thing. Not to repeat a post, I’d like to touch on a slightly different aspect. When the stresses from family and/or the paying job get you down, when you had your path all planned out, suddenly everything changes. You try to handle everything. After all, you know authors who get up at five in the morning to write, you know or have read about writers who keep going no matter what Life throws at them.

Some of us just can’t do it all. Stress can keep us from sleeping. So while we’re dealing with family issues, a spouse losing her/his job, whatever, we find we can’t write. Your creative muse went on vacation without you. You don’t have the energy to do it all.

That’s when guilt sets in. You should be writing, but you can’t. You’re beyond tired, you’re exhausted. “What’s the matter with me?” Others can do it, why can’t I? Here’s a news flash: you aren’t other writers. None of us know what they’re going through and what sacrifices they are making. You are you. Put guilt aside. Don’t worry about the unfinished manuscript. If you’re under contract, talk to your editor. They’re understanding. They’d rather know sooner than later. If the deadline is one of your own making, do yourself a favor and postpone it. Most importantly, shove guilt out the door. The story will be there, even fifteen years later.

Does it sound like I know about this first hand? It should. And I had the guilt that accompanied all that stress. But, as I just said, the story will be there. Fifteen years ago, I started NUMBERS NEVER DIE, a romantic suspense. Life threw me one of those curves. No, make that three nasty curves. The story had to be set aside—no energy, creative or otherwise. This winter, I dragged that story out of floppy disks (remember those?) and finished that story. I think it’s even better than it would have been fifteen years ago.

A shocking secret brings danger to Jack Sinclair and his sister Maggie.

Drew Campbell was too busy to return his best friend’s phone call. Too busy to attend a camping meeting important to his teen daughter. Too busy to stay in touch with Jack. Logic and reason indicate Jack’s accident was just that--an accident caused by fatigue and fog. Prodded by guilt, he’ll help Maggie even if he thinks she’s wrong.

A break-in at Jack’s condo convinces Maggie she’s right. Then her home is searched. What did Jack do that puts Maggie in danger?

During lunch, Jack asked about the camping equipment in the garage. “I thought your camping days were over when Trish moved away.”

As it often did, Maggie’s eyes teared up at the thought of Trish Morrow. They’d been best friends since kindergarten. A natural born leader, Trish could get anybody to do anything—like conning Maggie into helping with the group of pre-teen campers. Last summer, after eight months of unemployment, Trish’s husband took a job in Denver. Trish and the kids followed, and there went the leader of the group.

“We’ve been meeting,” Maggie said around the lump in her throat.

“I get paid for that one,” she interrupted. “Can I help it if the girls wanted to get together to talk?”

“From the camping equipment you were loading into your SUV, it looks like you’re going to do more than talk.”

She shrugged. “They still want to go to Isle Royale. Their theory is if they practice camping all summer and into the fall, Trish will come back for the trip next summer. We’re going on an overnight camping trip tomorrow.”

“You got another mother to help chaperone?”

He dropped his sandwich. “You aren’t taking the girls by yourself? That’s crazy.”

“Add in irresponsible, brother dear. Which I’m not. I’d never take kids on a trip without another adult.” She eyed him with an appraising expression.

Jack held up his hands. “Don’t look at me. I’m up to my eyeballs in work.”

“Don’t worry. I wasn’t going to ask you, although it did cross my mind.”

“So, who’s helping you with the troop?” Jack pulled a couple of grapes off the stems and popped them into his mouth.

Jack started to choke. She jumped up ready to do the Heimlich until he laughed. She considered whacking him on the back on general principle.

“Drew? Drew Campbell? The guy whose idea of casual is loosening his tie?”

At least, Jack’s tired expression was gone. She tapped her short, no-nonsense fingernails on the table. “I’m so glad I could provide entertainment with lunch.”

He continued to laugh—almost braying.

“I’m loaning him your sleeping bag and backpack.” She worked hard not to smirk.

“What! You’re loaning out my camping equipment?”

Jack started to laugh again. “Oh, God. I wish I could be there to watch.” He went off again, laughing so hard tears formed until he wiped them away. “Drew Campbell wimped out of Cub Scouts.” 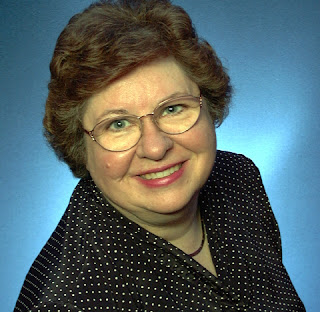 Diane Burton combines her love of mystery, adventure, science fiction and romance into writing romantic fiction. Besides writing science fiction romance, she writes romantic suspense, and cozy mysteries. Diane and her husband live in West Michigan. They have two children and five grandchildren.

For more info and excerpts from her books, visit Diane’s website: http://www.dianeburton.com


Do you like romantic suspense? Are you going to pick up a copy of Numbers Never Lie? What have you been reading lately?

Thanks for stopping by our blog - we love it when people come visit! We're also on Facebook - pop by and say hi.
Posted by The Cynical Sailor at 1:00 AM