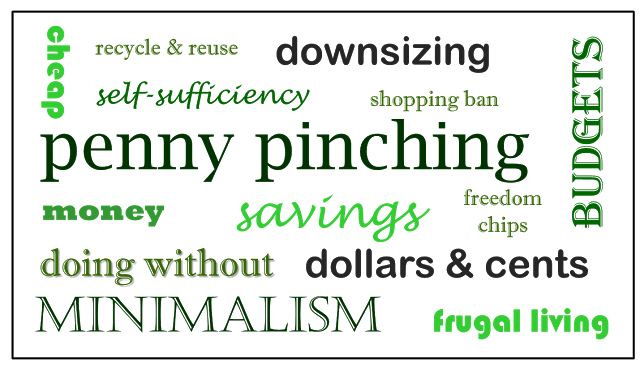 From time to time, I post about five frugal things we're doing to save money and keep our cruising kitty happy. {By the way, that's not the furry kind of cat, but rather what sailors call their savings. So cute.}

Those posts are inspired by Katy at The Non-Consumer Advocate who regularly posts about five frugal things she's done. Some things are big, some things are small, but they all help keep her spending down and her savings up.

Today, I thought I'd shake things up and share five decidedly unfrugal things I've done lately. Embracing a frugal lifestyle is about making conscious choices regarding where you spend your money. Sometimes those choices involve "splurging" on something.

As you read my unfrugal things, keep in mind that what might be a splurge for one person is a normal expenditure for someone else and vice versa.

Someone gave me an Amazon gift card and rather than spend it on something practical for the boat, I bought a couple of coloring books (one of them has an outer space theme!) and some new markers. It's shocking how much good markers cost.

Adult coloring books is one of those fads that some of you hoped was long gone by now, but I find it really relaxing. Kind of like arts and crafts for those of us who aren't very artistic.

While I don't consider buying books to be a splurge - it's an essential, much like groceries, in my opinion - I did recently buy a book that I normally wouldn't of in order to support a fellow author.

I went out to lunch and the movies with some friends a while back. While I do go out to eat occasionally (often to Taco Tuesday cause it's pretty cheap), I usually only go to the movies once or twice a year when a Star Wars or Star Trek movie comes out. Otherwise, I wait until it comes out at the Redbox or on Amazon Prime. I just can't justify spending money on a ticket, popcorn, and soda for just any old movie, but in this case it was a fun outing with the girls.

{By the way, we saw Ocean's 8. Cute, but not something I would have normally gone to the theater to see.}

4 - Tossing Food in the Garbage

The electricity at the marina often cuts in and out when there are storms (which there usually are during the summer), but one day, it kept cutting off for long periods of time. So I turned our fridge off because our batteries are in a really sad state and I didn't want to completely drain them. Then I forgot to turn it back on later that night.

There were some things that definitely needed to be tossed, but there were other items that I could have salvaged. However, I just wasn't in the mood to cook, so tossed it all in the trash, and ate a peanut butter and jelly sandwich instead. While this doesn't count as a "splurge," it was a lazy, unfrugal thing to do, not to mention wasteful. But sometimes you just have days where you take the easy way out.

If you're going to self-publish a book, then you need to invest some of your own money upfront (think editors, cover design, printer paper and ink, proof copies, ISBNs etc.). Maybe one day I'll break even, but in the meantime, this has got to be one of the world's most expensive hobbies. But, it's fun, so there's that.


If you're interested in seeing how much we spend each month, our Five Frugal Things posts, and other musings on money matters, check out this page.

What do you "splurge" on? What are some ways you save money?

Find out more at ellenjacobsonauthor.com
Posted by The Cynical Sailor at 4:02 AM