Do you remember this picture I posted of the gross, smelly algae surrounding my boat a couple of months ago? It’s a result of runoff from sugar cane farming and is all over the place in southern Florida. Ick. 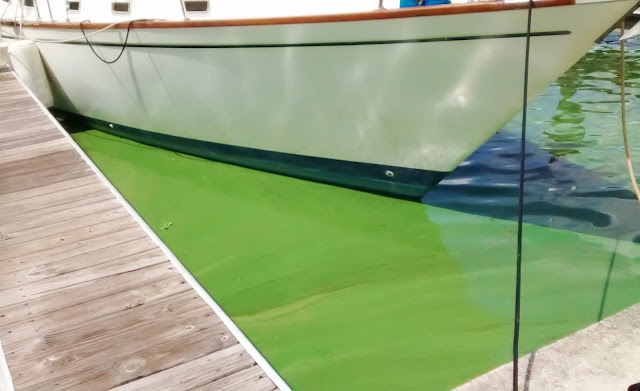 While the algae hasn’t been quite as bad as it was back then, it's still alive and well at Indiantown Marina. Not only is it disgusting, it’s also scary. I dropped one of my flip-flops in the water the other day. For a few minutes, I considered just leaving it there while the voices inside my head had a heated debate.

“Grab it quick before it floats away! The last thing we need is more plastic polluting our waters. Don't you care about the environment?”


That was the responsible voice. This is the same one that’s horrified by the lack of recycling at our marina and thinks I shouldn't spend so much time doing online crossword puzzles.

"What’s wrong with you? You just spent 99 cents on those flip-flops at Walmart. We don’t want to shell out for another pair already!”


This was the frugal voice that thinks we should save all of our nickels and dimes for more important things, like a water maker and many boxes of brownie mix.

“Stay away from the water! Don’t even think of putting your hand in the water! Your hand will develop green scales on it, shrivel up and then fall off!”


While the scaredy-cat has a kind of an annoying, shrill voice, it actually makes a lot of sense at times. The algae is toxic and scares the crap out of me.

When you have so many voices living in your head, the key is compromise. Otherwise, they start to argue, shove and pinch each other. Did you know that’s what causes headaches? It's the voices in your head acting like kids in the backseat of the car fighting over a toy.

So, I compromised. I found a hangar and scooped the flip-flop out of the water with it, avoiding putting my hand directly in the water. I then washed it off for ages to get all of the gross, scary algae off of it.

Everyone was happy. I avoided polluting the water with plastic, kept us from having to shell out another 99 cents for a new pair of flip-flops and avoided the soylent green algae water as best I could.

This stuff is everywhere in southern Florida. I was out in Stuart yesterday hanging out with my friends from Sailing Wind Spirit and MJ Sailing. We walked over from Sunset Bay Marina to hear a concert and along the way I saw this sign, which goes to show you how downright horrifying this algae is. The fact that it says "Declaration of Emergency" kind of clues you into that. 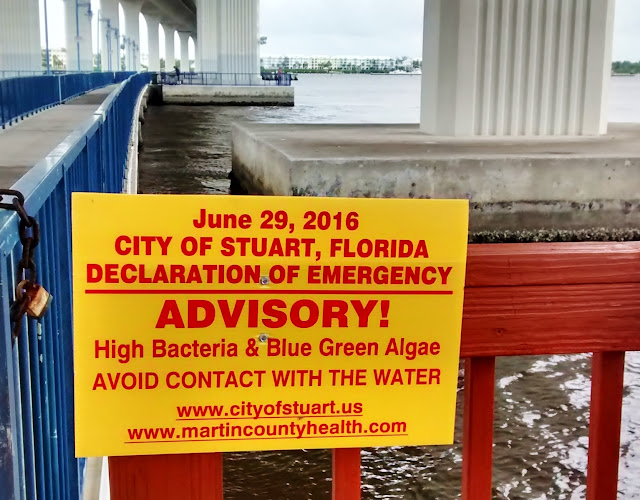 Fortunately, the music, conversation, drinks, food, a nautical trivia game and pretty views from the marina managed to take my mind off of the dangers lurking in the water. It even managed to keep the little voices inside my head quiet for a few hours too. 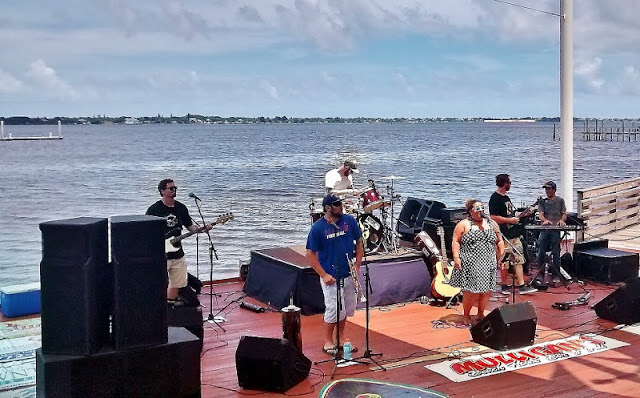 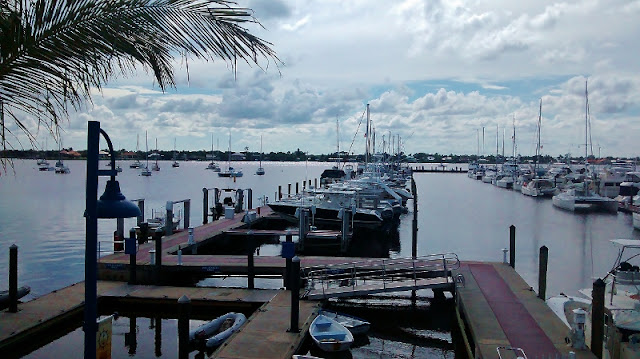 What's the grossest thing you've ever touched? Would you be scared of the water out here?

Thanks for stopping by our blog - we love it when people come visit! We're also on Facebook - pop by and say hi!
Posted by The Cynical Sailor at 9:09 AM