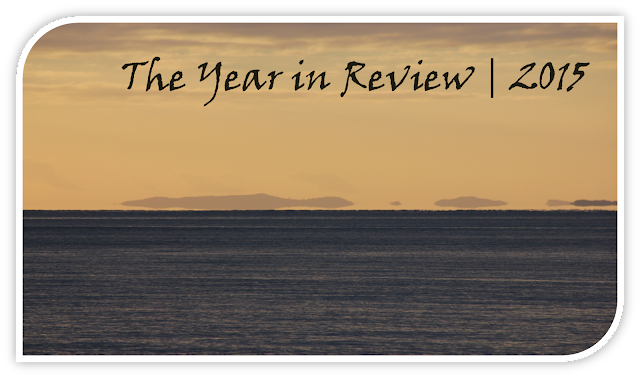 It's that time of year again. A time to reflect on the year past and a time to look forward to what surprises the Universe has in store for us in the coming year. (If you haven't already, you might want to check out Part 1 and Part 2 of the Year in Review before reading this final installment.)

After buying our new-to-us sailboat, Tickety Boo, and taking her for a shakedown cruise in the Bahamas, we got the boat ready to lay up in a slip during hurricane season at Indiantown Marina in southern Florida. It was a requirement of our insurance to keep Tickety Boo in a hurricane hole until the end of November and Indiantown Marina ticked that box. We took down the sails and stored them, stowed the anchors and tidied up other things that wouldn't be needed while Tickety Boo was tied to the dock.

And then things got sad.

Scott headed off across the water for work.

At the beginning of July, Scott boarded a plane to Scotland for a few months to finish up a contract. Just in case you were thinking the life of an archaeologist is glamorous, it often isn't. In Scott's case, he's been busy day in and day out doing rather dull stuff like working on spreadsheets and archival records, drawing maps and writing reports - basically dealing with paperwork and bureaucracy. Add to that a computer that likes to act up from time to time and you can imagine how much fun he's been having.

We're used to being apart for work for months at a time - it's been a way of life for us since we've been married. Scott's been off doing archaeology stuff, I've been traveling for my job around the States and overseas and we've lived in different countries with me working in New Zealand and Scott working in Scotland. To be honest, we don't really know anything different. In some ways, it's kind of like being in a military family. You are often apart, but that makes the times you're together even sweeter.

Unfortunately, it looks like this stint Scott has in Scotland is going to take longer than either of us thought and his contract might get extended. But, that's okay, I've got Tickety Boo to keep me busy. 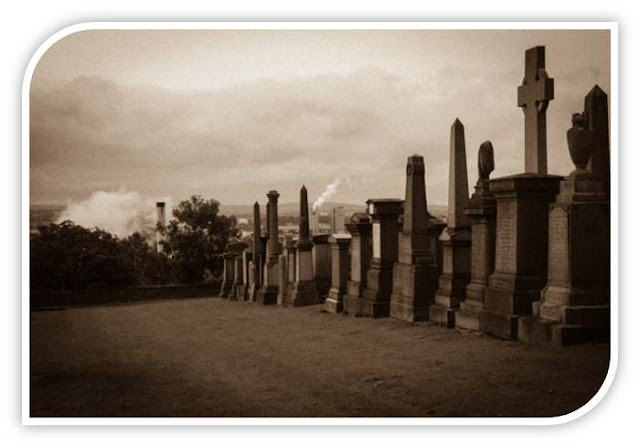 My very long list of Very Important But Very Uninteresting Boat Projects kept me out of trouble.

Not that I ticked many items off my very long to do list, but I did tackle some projects. Mostly indoor projects, because southern Florida during the summer is freakishly hot and humid. So hot and humid that one of the first things we bought when we got back from the Bahamas was an air conditioner from Walmart. It made all the difference in being able to cope with Indiantown during the summer. And it is still making a huge difference during this very unseasonably warm winter down here.

I worked on inventorying everything on our boat (which was no small feat considering I didn't know what half the things were), putting together a ditch bag of emergency stuff if we ever have to abandon ship, deep cleaning the boat (using my favorite super hero - Captain Vinegar and his sidekick the Bleachinator), replaced a broken vent, researched and purchased various equipment, whipped up some sewing projects on our Sailrite sewing machine (slipcovers, throw pillows and other bits and bobs), took my Ham Radio test, as well as tackled a host of other tasks too dull to mention. 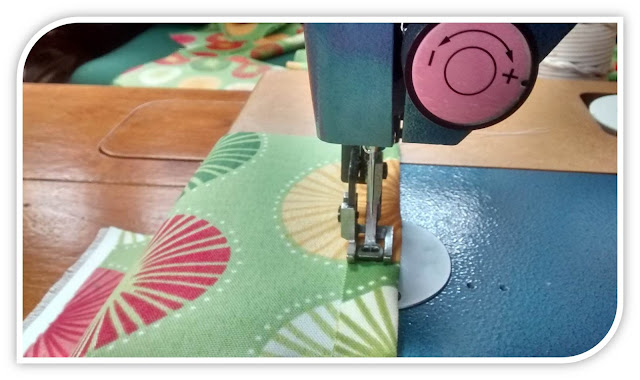 And then things got exciting - stuff started breaking!

Indiantown during the summer has some great attributes - it's quiet and peaceful. Hardly anyone was here so the free WiFi was plentiful, no one hogged the grill or the TV remote and I never had to wait around to use the shower. With the exception of a few guys who have been liveaboards here for years, it was pretty much just me and Matt and Jessica from MJ Sailing here during the summer. Of course, not that I would have noticed if anyone else showed up because it was too hot and humid to ever leave the air conditioned confines of Tickety Boo.

In general, I'm quite content and happy on my own, but things were getting even a little dull for me at the marina. So, I was almost excited when the wall in our head/bathroom started developing a crack in it. A mystery to solve! Something to ask people on Facebook about! Fun pulling everything out of the lazarette to check what was happening on the other side of the wall! Wait, that last part wasn't fun. That's a pain in the you know what, especially dragging our 40 lb Rocna anchor in and out of the lazarette.

I never did figure out what caused the crack, and it has now stopped growing. But, I did figure out where I'm going to hide the dead bodies on our boat. See, even when bad stuff happens, like mysterious cracks in your boat, something good comes out of it. Of course, I had to fix our toilet too and it smelled pretty bad. I'm still trying to figure out the good part of that particular little project. I'm sure it's there. I just haven't looked hard enough. 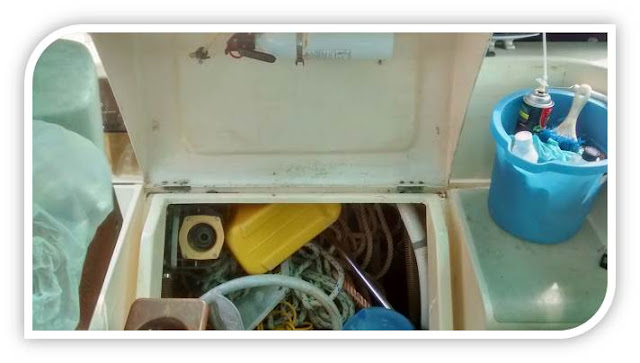 I headed off to Portland to visit family during the height of hurricane season.

I remember when I was getting ready to leave, one of the long term liveaboards looked at me in surprise and said, "But, you know this is the time of year when the hurricanes are likely to strike, right?"

Yep, those are the kind of reassuring words you want to hear when you know you're leaving your boat all alone. Not just your boat, but your floating home. Despite the fact that Indiantown is a hurricane hole, hurricanes have struck here before and there had been a hurricane scare earlier in the summer with Erika's cone of destruction threatening to hit southern Florida. But, I shrugged my shoulders, left a key with Matt and Jessica and headed off to the Pacific Northwest for a couple of weeks.

Good call - no hurricane and lots of fun with family. 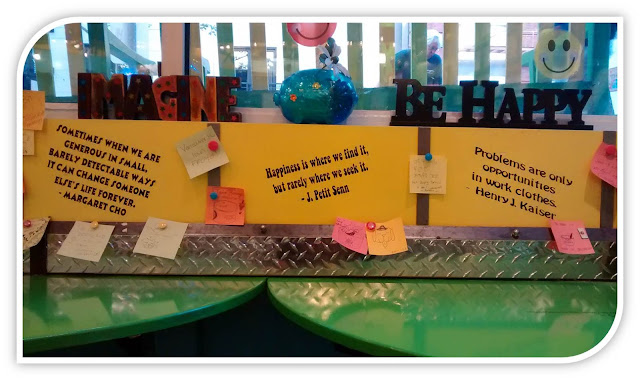 Turns out Nancy Drew has a vacation home in Indiantown.

Which is a good thing, because when Tickety Boo developed a mysterious leak and the bilge pump went off for hours one day, I was able to enlist her help in solving the Case of the Slowly Sinking Ship. Or, at least I thought so. Unfortunately, it turns out Nancy is a bit of a slacker and has never really gotten to the bottom of the mysterious leak or been able to recreate that particular situation.

While the Case of the Mysterious Crack kept me occupied during the summer, I really didn't need the drama of the mysterious leak in November. By this time, people had returned to Indiantown! New friends and old friends, with plenty of socializing to distract me from my list of Very Important But Very Boring Boat Projects! Leaks, no thank you - you're not invited to the party. They showed up anyways, very rude of them I think, and took up way too much of my time for a few weeks. 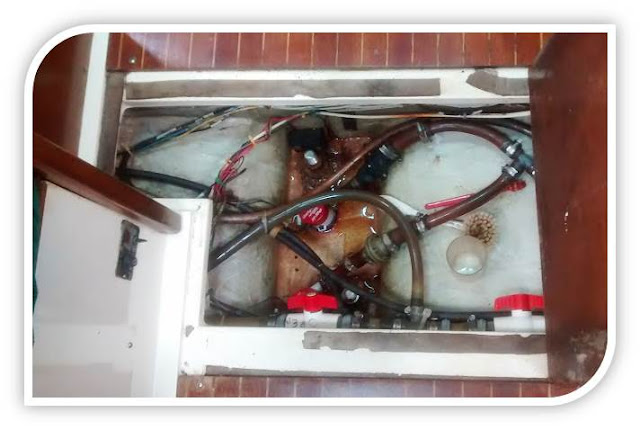 The year draws to a close and the water is wide.

Wow, soon it will be 2016. Amazing to think that another twelve months has gone by and that so much has happened in our lives. One of my favorite sayings is, "Take the good with the bad." When I think back on 2015, sure some bad has happened, but there has been so much good that it makes you forget about the bad. Except, maybe for that mysterious leak.

The water continues to be wide with Scott on one side of the Atlantic and me on the other. But, you take the good with the bad. He's doing what he needs to there, I'm doing what I need to here and before you know it, he'll be back and we'll get this boat off the dock again.

Are you familiar with the song The Water is Wide? It's a Scottish or Irish folk song, depending upon who you ask, and it's one of my favorites. I particularly like this version by the French Canadian folk singer, Lucie Blue Tremblay. It seems like an appropriate song to wind the year down for us. Who knows, maybe you'll like it too.

The water is wide
I can't cross over
And neither do I have wings to fly
Build me a boat
That can carry two
And both shall row, my love and I.


Thanks for stopping by our blog - we love it when people come visit! We're also on Facebook - pop by and say hi!