It's that time of year. A time to reflect on the year past and a time to look forward to what surprises the Universe has in store for us in the coming year.

I tried to find a better word to describe the past year other than big - like colossal, massive, tremendous or monstrous - but sometimes simple words and phrases work best. It was big. Simple as that. We had big adventures traveling across the States, we made big purchases (both our sailboat and stuff for her), we had big fun sailing our new boat and we created big memories.

{Now that I've typed big eight times, I'm growing tired of the word. Plus, the more I say it in my head the more it doesn't make any sense. Have you ever had that happen to you? I'm sure there must be some sort of name for that phenomena.}

We started off the year scampering in Texas.

The latter part of 2014 was hard for us when we lost Scott's father. So, the beginning of 2015 was a perfect antidote - lots of time together making our way from Texas to Florida in Scamper, our tiny house on wheels. Adventure and travel - the great way for us to start the year.

If you haven't met Scamper before, here's what she looks like. Simply adorable! With approximately 65 sq ft of room, she's definitely cozy, but she has everything you could possibly need including a kitchen and bathroom. And Scamper was a huge improvement over the tent we had been sleeping in when we kicked off our cross-country roadtrip from Portland, Oregon back in October 2014. (You can find more pictures of Scamper, inside and out, here.) 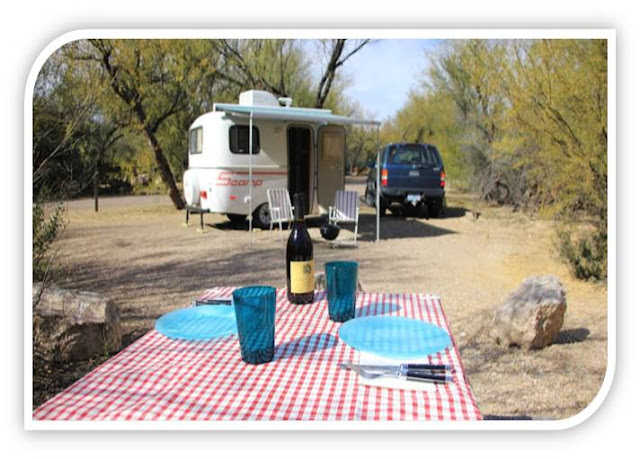 We were hangover-free on New Year's Day. Hard to believe, but true.

We rang in the New Year in southeastern Texas, near Kemah on the Galveston Bay. Well, to be honest, we really didn't ring in the New Year as much as sleep through it. We're those early to bed and early to rise kind of people and generally find New Year's Eve to be a bit of an overrated holiday. Yes, we're those boring middle-aged people who prefer sleep to loud parties, followed by hangovers the next morning. You can read about our time in the Kemah-Galveston area here and here.

We looked at a few sailboats while we were in Kemah, but we just didn't find the one while we were there. The one deserving of the name Tickety Boo. So, it was time to push on towards Louisiana. {Extra points if you know what kind of boat this is.} 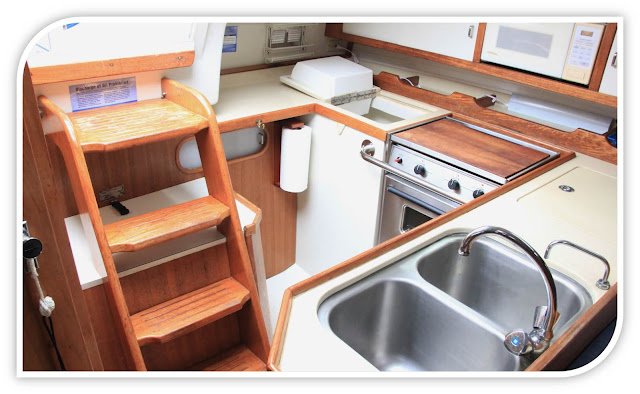 We can't stop talking about the shrimp in Louisiana.

Do you ever have meals that you keep reliving over and over and over again? Honestly, we probably talk a little too much about the shrimp we got at Dean's in Grand Isle, fresh off the boat that morning.

"Do you remember that amazing shrimp we got when we were at Grand Isle State Park?" "Yes! You made the best spicy shrimp pasta with it." "Even better, it was only $4 a pound!"

Then we start drooling and daydreaming about finding shrimp that delicious and at that incredibly low price point again someday. You can read more about it here. 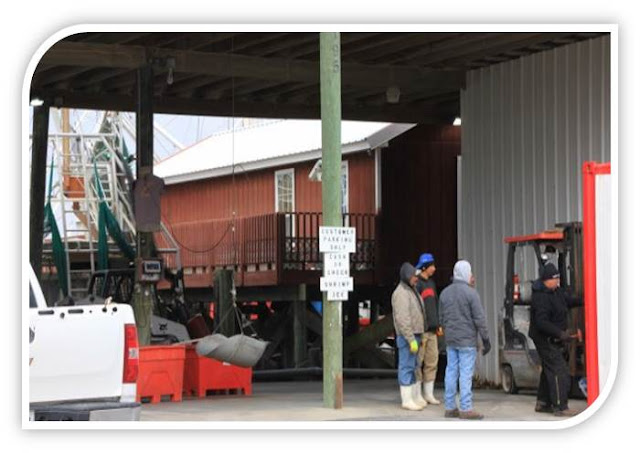 We made a detour to New Orleans in search of beignets.

Have you ever had a beignet? I love them. You would too. Fried dough sprinkled with heaps of powdered sugar. What could be better? There was no way we were going to leave Louisiana without scoring some beignets in the Big Easy. In an effort to save money, we stayed in a really dodgy RV park and took the bus into the city each day. Which was smart, because then we had more money for beignets. You can read more about our adventures in New Orleans here and here. 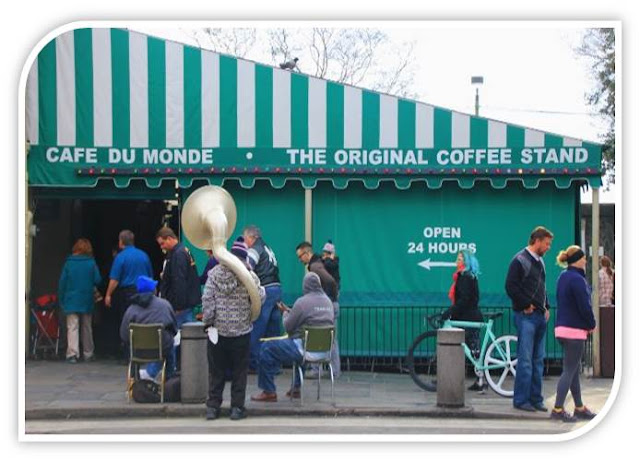 After gaining at least five pounds each eating beignets in New Orleans, we made our way to the Florida panhandle via Mississippi. Our plan was to drive down the Gulf Coast of Florida and then up around the East Coast in search of a sailboat and warmer weather. While finding warmer weather was a bit elusive in January and February, we did get a chance to see some of amazing diversity that the Sunshine State has to offer.

I asked Scott what his favorite memory of our time on the Gulf Coast was and he said spending time with my wife. Isn't that sweet?

We actually have a hard time picking out what we enjoyed the most. We know what we enjoyed the least, camping in Walmart parking lots, although we did enjoy the fact that it was free and it was easy to pop in for groceries). In order to keep to our budget, we tried to find free (or close to free) camping sites when we could during our travels in Florida, but they're pretty hard to come by. However, we managed to find a few - like a parking lot in Panama City, Hagen's Cove at the Big Bend Wildlife Refuge and the Babcock Preserve. (If you're interested in how much our per night campground costs were, check out this post.) 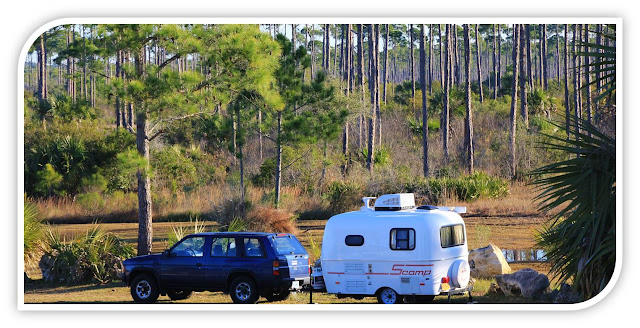 We also camped at some wonderful county, state and national parks and forests including the Gulf Islands National Seashore (where we had wonderful walks on the beach), Pine Log State Forest, Manatee Springs State Park (where I saw my first real live armadillo, plus a lot of creepy vultures), Ochlocknoee River State Park (where we got drenched in torrential flash floods), Shell Mound County Campground (where we had a UFO sighting), Myakka State Park (where I got overly excited about the strong WiFi signal) and Collier-Seminole State Park (where we stalked fellow Scampers and went canoeing). We also spent a couple of nights at the very quirky Linger Lodge where road kill is on offer at the restaurant (we settled for just beer). 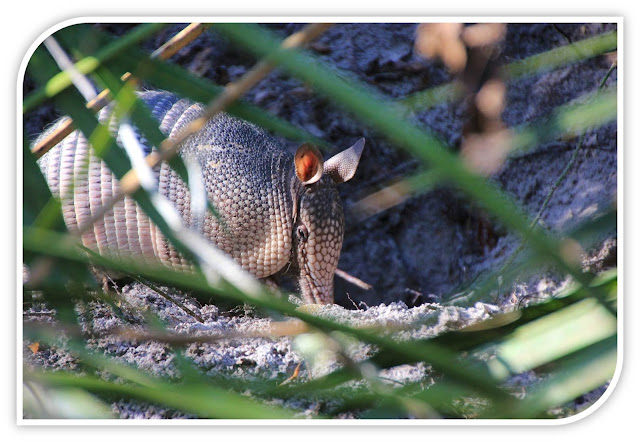 In mid-February, we got a lead on a sailboat that looked promising.

After months of daily checking of sailboat listings and not really finding anything suitable, we found a boat for sale that looked like it might tick most of our boxes (you can see our boat wish list posts on this page). Next up on The Year in Review, we'll tell you about our adventures making our way down around the tip of Florida and up the East Coast of in search of Tickety Boo and the twists and turns that followed. 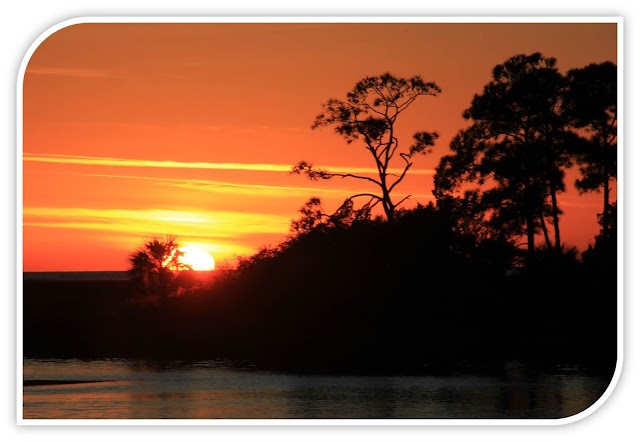 Posted by The Cynical Sailor at 9:13 AM