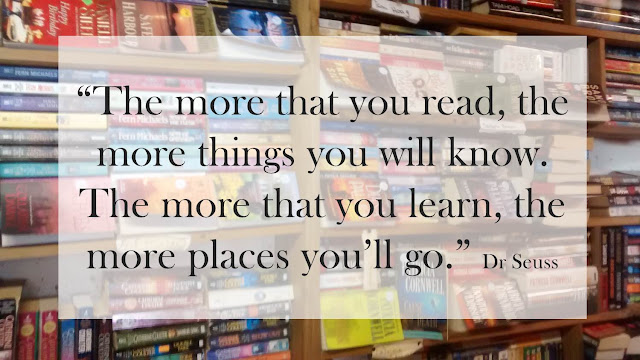 I've just finished up my third month of the "Around the World in 80 Books" challenge. The idea is to read books set in 80 different countries, effectively exploring the world from the comfort of your armchair. Over the past month, I've read books from 5 different countries - Canada, England, Kenya, Norway and Vietnam. That makes a total of 15 books since I started the challenge. 65 more to go!

You can read more about the challenge here, as well as check out Update #1 here and Update #2 here.

I fell in love with Anne of Green Gables when I watched the series on TV. Who wouldn't love a spunky, imaginative, outspoken red-headed orphan? She's Canada's answer to Laura Ingalls and Little House on the Prairie. It's hard to believe I had never read this book, so when this challenge came along, I immediately knew what book I wanted to read to tick Canada off the list. Sometimes when you see a TV show or watch a movie and then read the book or vice versa, you end up being disappointed. Not in the case of Anne of Green Gables. They go perfectly together.

One of these days, we're going to have to make it to Prince Edward Island and see the magical countryside that LM Montgomery described.


"The 'Avenue,' so called by the Newbridge people, was a stretch of road four or five hundred yards long, completely arched over with huge, wide-spreading apple-trees, planted years ago by an eccentric old farmer. Overhead was one long canopy of snowy fragrant bloom. Below the boughs the air was full of purple twilight and far ahead a glimpse of painted sunset sky shone like a great rose window at the end of a cathedral aisle. Its beauty seemed to strike the child dumb. She leaned back in the buggy, her thin hands clasped before her, her face lifted rapturously to the white splendor above."


You can find out more about Anne of Green Gables on Goodreads.

This book made me laugh out loud in so many parts - it was truly hysterical! I had read another one of Ben Elton's books before and loved his sense of humor, so I was looking forward to reading Inconceivable. It did not disappoint. The book is written in the form of the diaries of a British couple, Lucy and Sam, chronicling their struggle to have a baby and the resulting challenges to their relationship. As an aside, that style of writing (letters, diary entries, emails etc.) is called epistolary - a term which I didn't know until last month - and a style of writing I'm trying to do as part of writing a draft novel during NaNoWriMo. It's definitely not as easy as Ben Elton makes it look.

One of the things I enjoyed about Inconceivable was all of the British pop culture references, terminology and descriptions of daily life. Having lived in Scotland for many years, I got most of them, but I'm not sure if non-British readers will connect with them as easily.


"Amazing! It's this worship of all things American, I fear. They have rude, smart Alec staff in New York so we poor Brits who no longer have personalities of our own must do likewise. The thing is that it works in America. Brittle, wisecracking chutzpah is part of New York culture. It's happening, it's buzzing. When we do it it just comes across as surly. Manners are now seen as totally out of date, a shameful hangover from our class-ridden pre-meritocracy past."


By the way, Ben Elton used to write for the TV show Black Adder. That's a little piece of trivia for my bloggy pals at The Little Cunning Plan. You can find out more about Inconceivable on Goodreads.

Bill Bryson was invited to travel to Kenya by CARE International in 2002 to see the work they're doing to try to eradicate poverty by working with local communities. He wrote a short book detailing his experiences in Africa, infusing his characteristic wry sense of humor into his descriptions of his time in Kenya. There have been a number of criticisms of this book - really short, not his best work etc. - but I thought it was an enjoyable read (albeit an extremely quick one) which gave some interesting insights into contemporary Kenya and its challenges.

I visited Kenya with my mother in 1985 as part of an African study tour which culminated at the United Nations Decade for Women World Conference in Nairobi. While there, I saw the poverty and despair of so many people, but I also saw hope and optimism in other folks, underpinning a belief that they could make a better future for themselves, their children and their country. Bryson saw some of the same when he was in Kenya. Sadly, much of what Bryson describes seems very similar to what I experienced so many years ago. Change takes a long time. Too long, in many cases.


"I talked to a bright young man named James Makuach, one of 357 students preparing to take the Kenyan Schools Certificate exam, a prerequisite for going on to higher education. He told me the school didn't have the facilities, in particular the scientific equipment, that would allow them to pass the test. 'You have no hope at all?" I said. 'Not much,' he said and gave me a heartbreakingly shy smile."

You can find out more about Bill Bryson's African Diary on Goodreads.

THE REDBREAST by Jo Nesbo | Norway

Lynn from Tales from the Mutiny recommended the Harry Hole series of Norwegian crime novels. The Redbreast was a great read. One of the reasons I like crime novels and mysteries is the suspense of figuring out who did it and why, as well as discovering all the little surprises the author has in store for you. Jo Nesbo nailed it. It was mesmerizing story and the characters were fascinating. I definitely want to read another one of Nesbo's books and find out more about what Inspector Harry Hole gets up to and what new crimes he solves.

I enjoyed the depiction of Norway, in particular the scenes describing Norway's Constitution Day (May 17th). Scott and I went to a May 17th celebration at the Sons of Norway once. It was quite a bit different from this description how it was celebrated by Pakistani-Norwegians in Oslo.


"Bjarne Moller, Halvorsen and Harry were walking side by side down Motzfeldts gate. They were in deepest little Karachi and the smells, the clothes and the people around them reminded them as little of Norway as the kebabs they were chewing on reminded them of Norwegian grilled sausages. A boy, dressed up for the festivities in a Pakistani style, but with a 17 May ribbon on his gilt jacket lapels, came skipping down the pavement towards them. He had a strange, snubbed nose and was holding a Norwegian flag in his hand. Harry had read in the papers that Muslim parents were arranging a 17 May party for children today so that they could concentrate on Eid tomorrow."

You can find out more about The Redbreast on Goodreads.

When I set out to do the "Around the World in 80 Books" challenge, I had established a few rules for myself including reading things I wouldn't normally read and sticking with a book even if I didn't like it. The Vietnam Reader definitely ticked the box for genres I don't normally delve into and I almost stopped reading it at several points. I found it to be a tough read. It was poignant, it was painful and it was horrifying in parts. But it was also incredibly illuminating.

I know very little about the Vietnam war and this was actually quite an interesting way to learn something about this important part of American history. The Vietnam Reader is a collection of work from the American war in Vietnam including fiction, non-fiction, poetry, song lyrics, film excerpts and photos. There is such a range of writing included in this collection and so many varied perspectives. One of the ones that grabbed me in particular was Stewart O'Nan's short story, "The Names of the Dead" which tells of a medic visiting the Vietnam Memorial to leave offerings for fallen comrades.


"They moved to the flame and stood before it, holding hands. Larry didn't know the names he was seeing. They looked gray in the flickering light, separated by diamonds. They were small, and most had a middle initial. Someone had loved all of them - mothers, fathers, girlfriends. They had come from towns like Ithaca, from high school, leaving everything they knew. The waste seemed plain."

You can find out more about The Vietnam Reader on Goodreads.

If you're looking for a new book to read, here are some suggestions that folks have shared on Facebook, the blog or email. I've added in links to Goodreads where possible so you can find out more about the suggestions.

Thanks for stopping by our blog - we love it when people come visit! We're also on Facebook - pop by and say hi!
Posted by The Cynical Sailor at 3:52 AM