Serendiptiy, The Elusive Bigfoot & The Art Of Being Thirteen

I went out in search of Bigfoot with my mom, sister and 13-year old nieces yesterday. If you haven't heard about Bigfoot before, then I'm guessing you've led a pretty sheltered life. You might want to ask yourself what other secrets your parents and teachers kept from you growing up.

Bigfoot is a large, hairy bipedal human-ape like creature that lives in the forests of the Pacific Northwest. You might know Bigfoot by its other name - Sasquatch. They're very shy creatures and aren't spotted too often. Unlike the Kardashians, you won't find them on Facebook, Twitter or Instagram, but trust me, they're out there.

And I should know. I saw one last year when we went on an expedition up to Mt St Helens National Volcanic Monument in Washington State. There are two ways to get to Mt St Helens from Portland. There's the way we went last year which takes you up to the visitor's center at Johnson Ridge where you can check out the exhibits, see a film about the eruption of Mt St Helens in 1980 and get some great views of the mountain. As you make your way to Johnson Ridge, you might just see Bigfoot along the way. If Bigfoot proves to be elusive, you can always find a t-shirt or coffee cup with Bigfoot on it.

This year, we went the other way. Some might say the wrong way. The way that people go when they have no navigational skills whatsoever and don't even have a Washington map in their car. That's the way we went. At one point my mom said, "I don't remember any of this." We pooh-poohed her. That was a mistake. Never doubt your mother. At least that's what our mother told us.

Eventually, we stumbled across a ranger station. I think the only reason they staff this station is to hand people who went the wrong way a map. We had two choices - drive three hours to get to Johnson Ridge or carry on the we way we were driving and get even better views of Mt St Helens. After driving for two hours, the thought of driving another three hours just wasn't going to happen. So we carried on.

I think I know where I get my worrying genes from. Windy roads in the mountains with steep drop-offs and a serious lack of guardrails really isn't my mom's cup of tea. We'd point out some dramatic scenery, "Grandma, look over to the left!" but my mom would refuse to look because even though she wasn't driving, she has to keep her eyes on the road and operate her imaginary brake on the passenger side of the car. This might seem all too familiar to Scott. 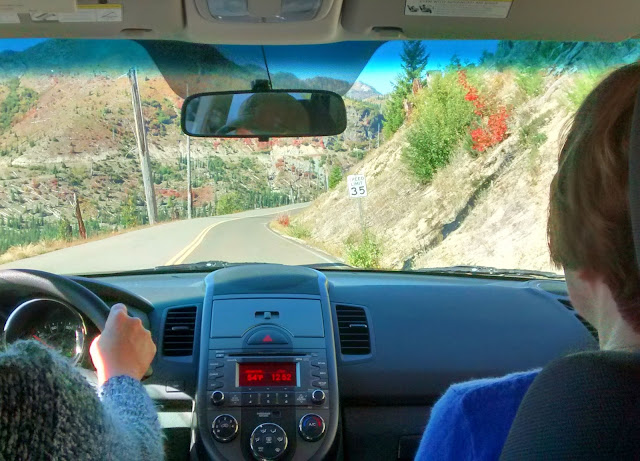 Eventually, we got to Windy Ridge on the eastern side of the mountain. The rangers were right, the view was a million times more spectacular then at Johnson Ridge. "See girls," my mom said, "serendipity was at work. Getting lost was a good thing." Mothers are so wise.

I don't really have any good pictures because Scott wasn't with us, but trust me, it's gorgeous. 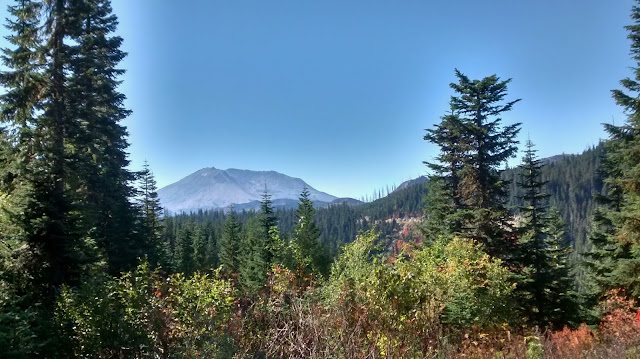 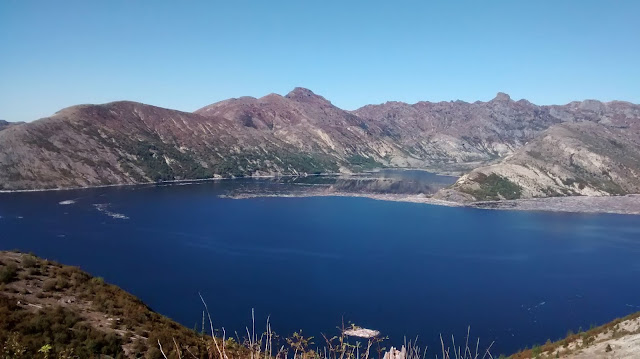 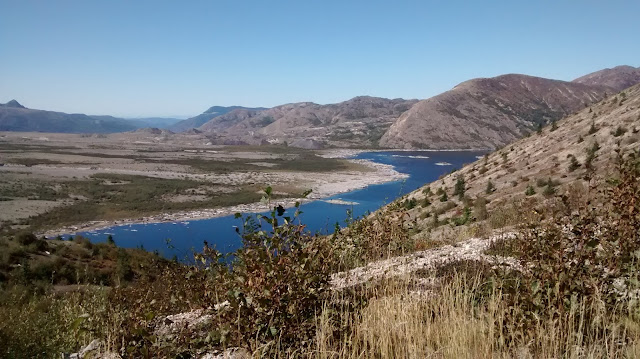 It's fun hanging out with my nieces. I like their fashion sense. I'm pretty sure I couldn't pull it off, but then I'm not a hip teenager from Portland. I love this alien t-shirt, perfectly paired with a flannel shirt which just screams Pacific Northwest. 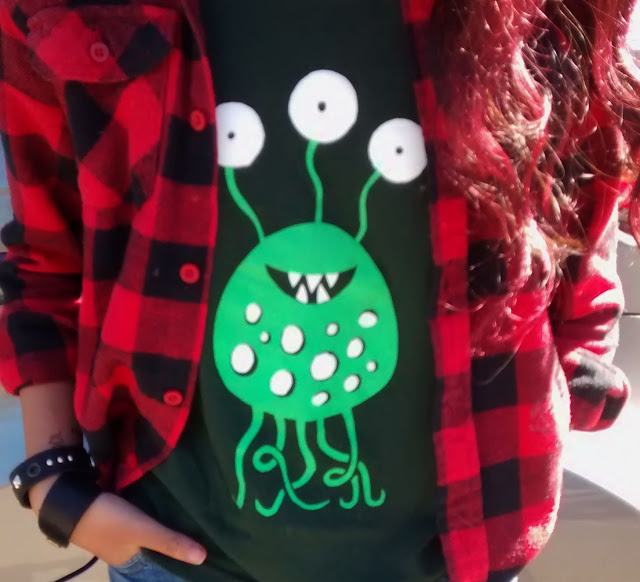 And why wear just one bracelet when more is always better. So cool! 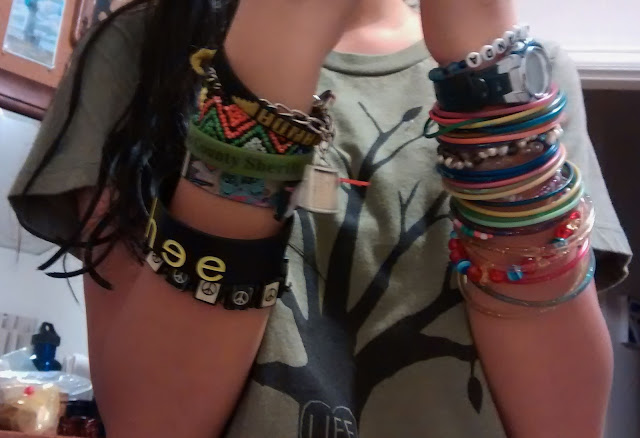 Have you ever seen Bigfoot, Yeti or the Abominable Snowman?

Thanks for stopping by our blog - we love it when people come visit! We're also on Facebook - pop by and say hi!
Posted by The Cynical Sailor at 9:33 AM