Here is a picture of our campsite at the Jedidiah Smith Redwoods Campground. Pretty isn't it? A nice spot right next to the river. Only problem - you have to put all of your food into a bear box. And not just your food, anything that smells yummy and delicious (like that lip balm you got at Lush) has to go into the box. Because the good thing about bears is that they don't have opposable thumbs, so they can't open the boxes. Even though they don't have those ever so handy opposable thumbs, bears aren't stupid. They know that we humans make some delicious food. Who wouldn't prefer a box of Captain Crunch cereal to berries and leaves? 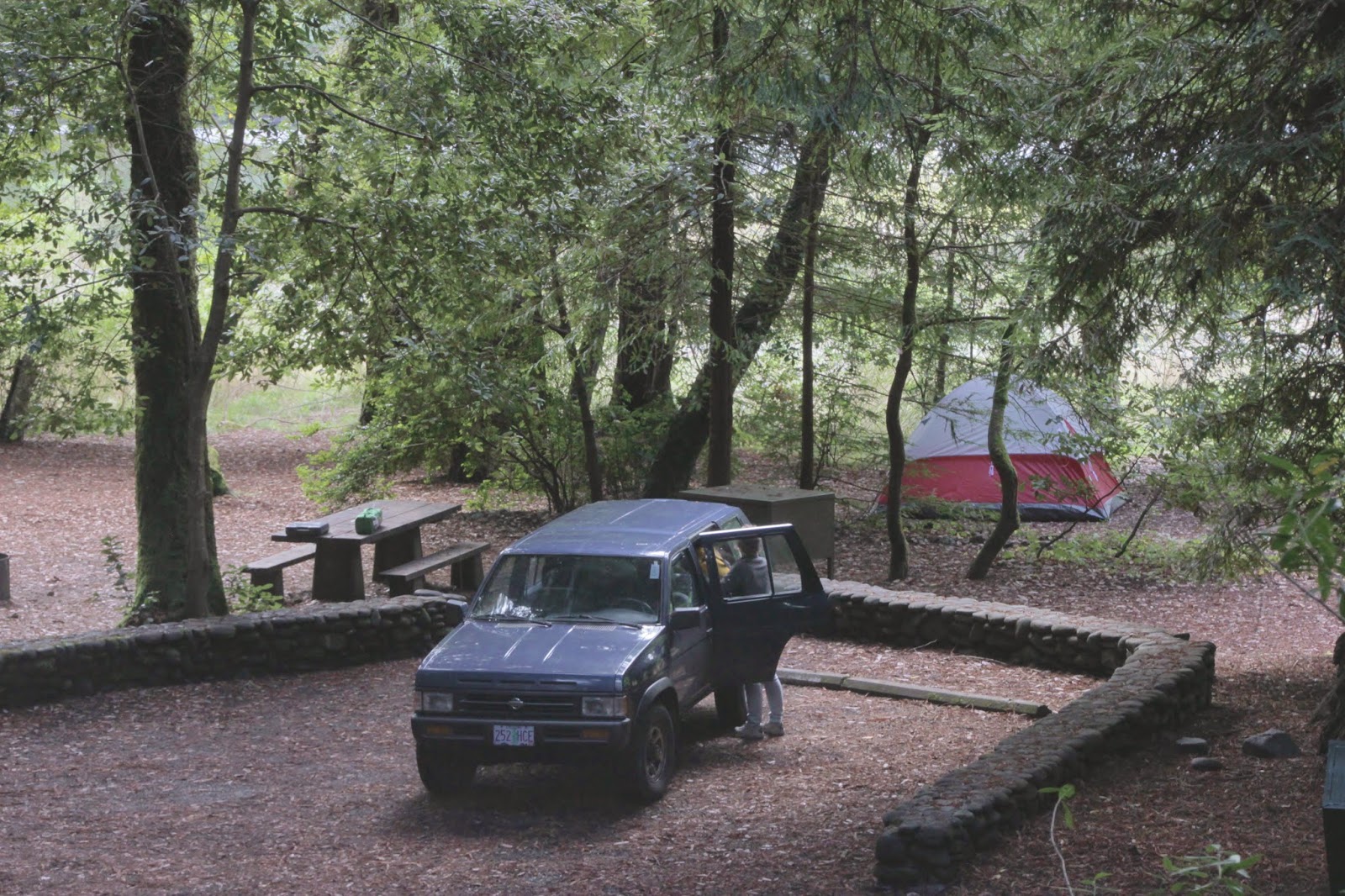 But the redwood trees are awesome, which more than makes up for the hassle of putting all of your stuff in a bear box. Come on, have a look at our pictures from our visit to the park. They make sure you know about the bears straight away - see the cute little picture of a bear on the California State Parks sign? And when they say, "You are responsible to know park rules and regulations.", what they mean is that, "If you don't put your food and lip balm in a bear box, don't come crying to us when a bear eats all of your Captain Crunch cereal and smears your lip balm all over himself before munching you up for dessert." 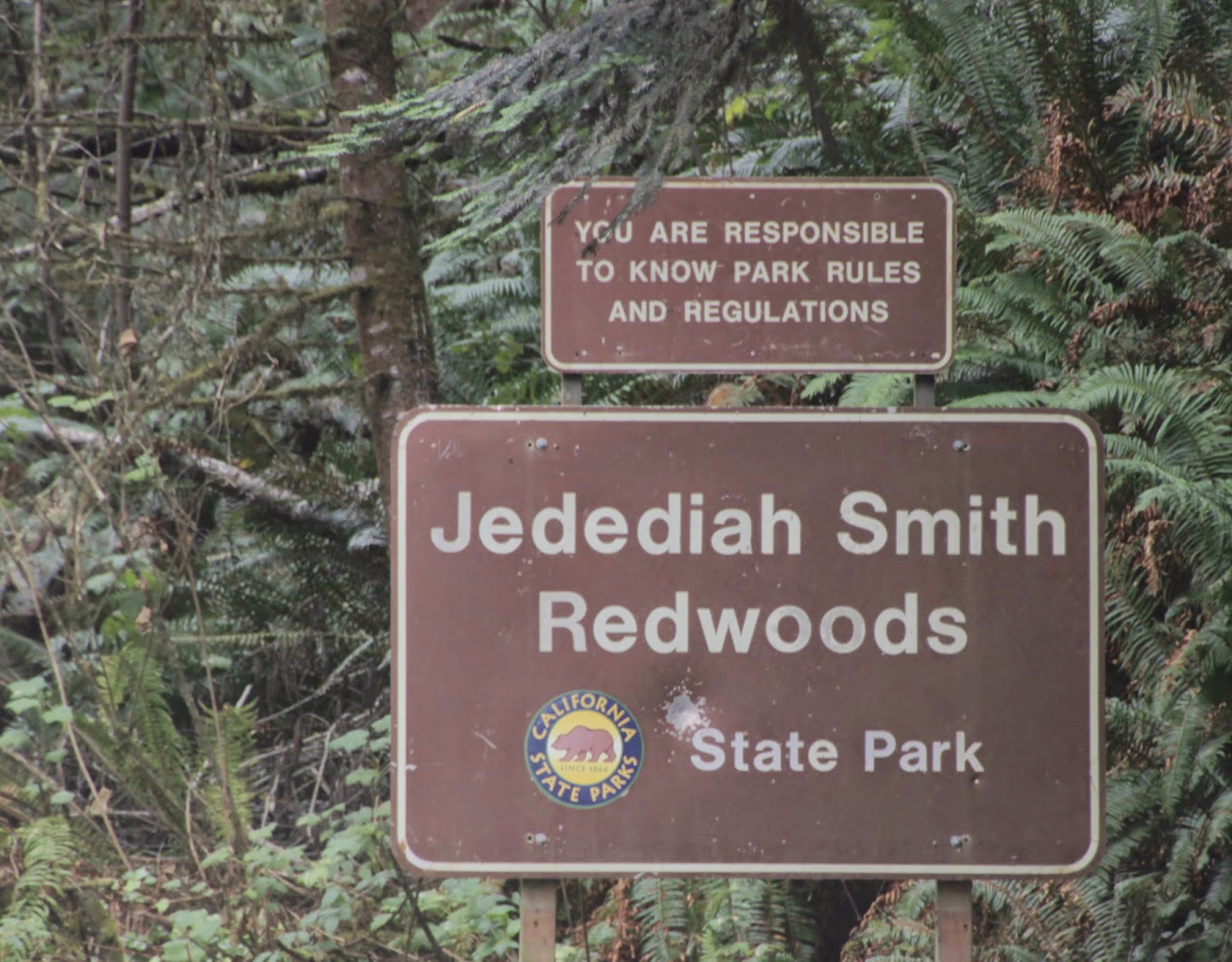 Okay, enough with the bears. Let's look at some pretty pictures of tall trees. 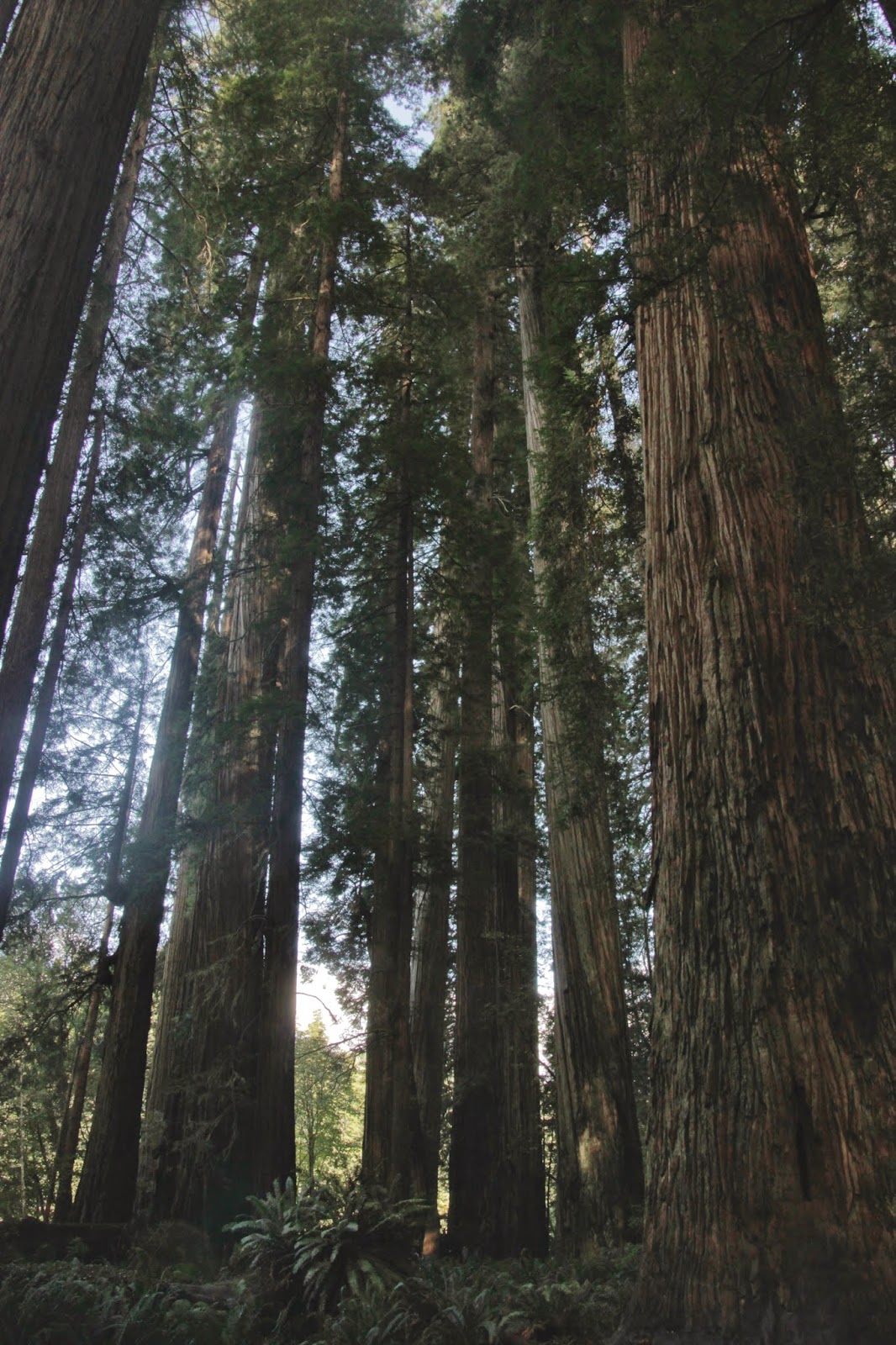 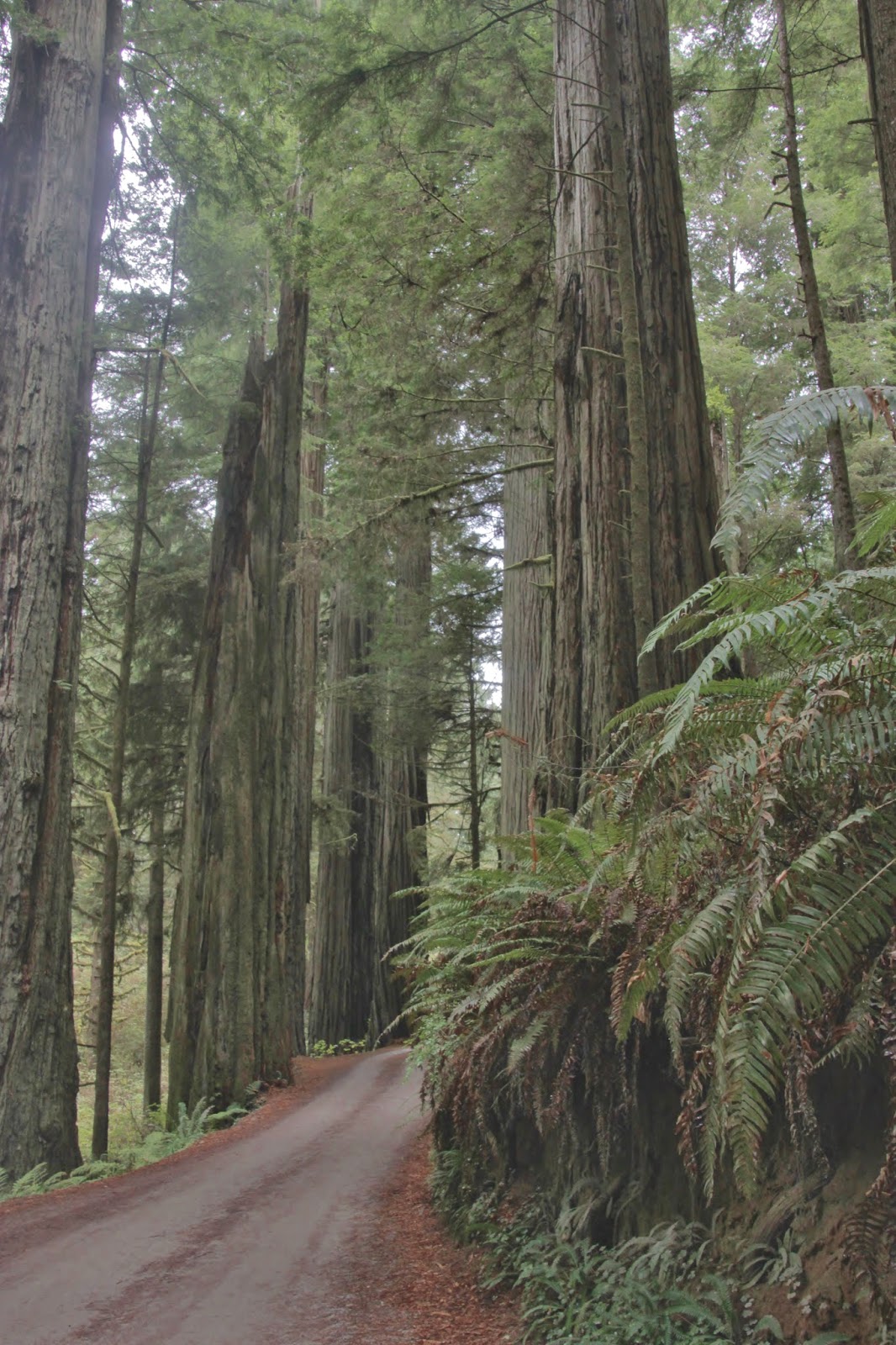 They're tall. Really tall. Don't forget to look up. 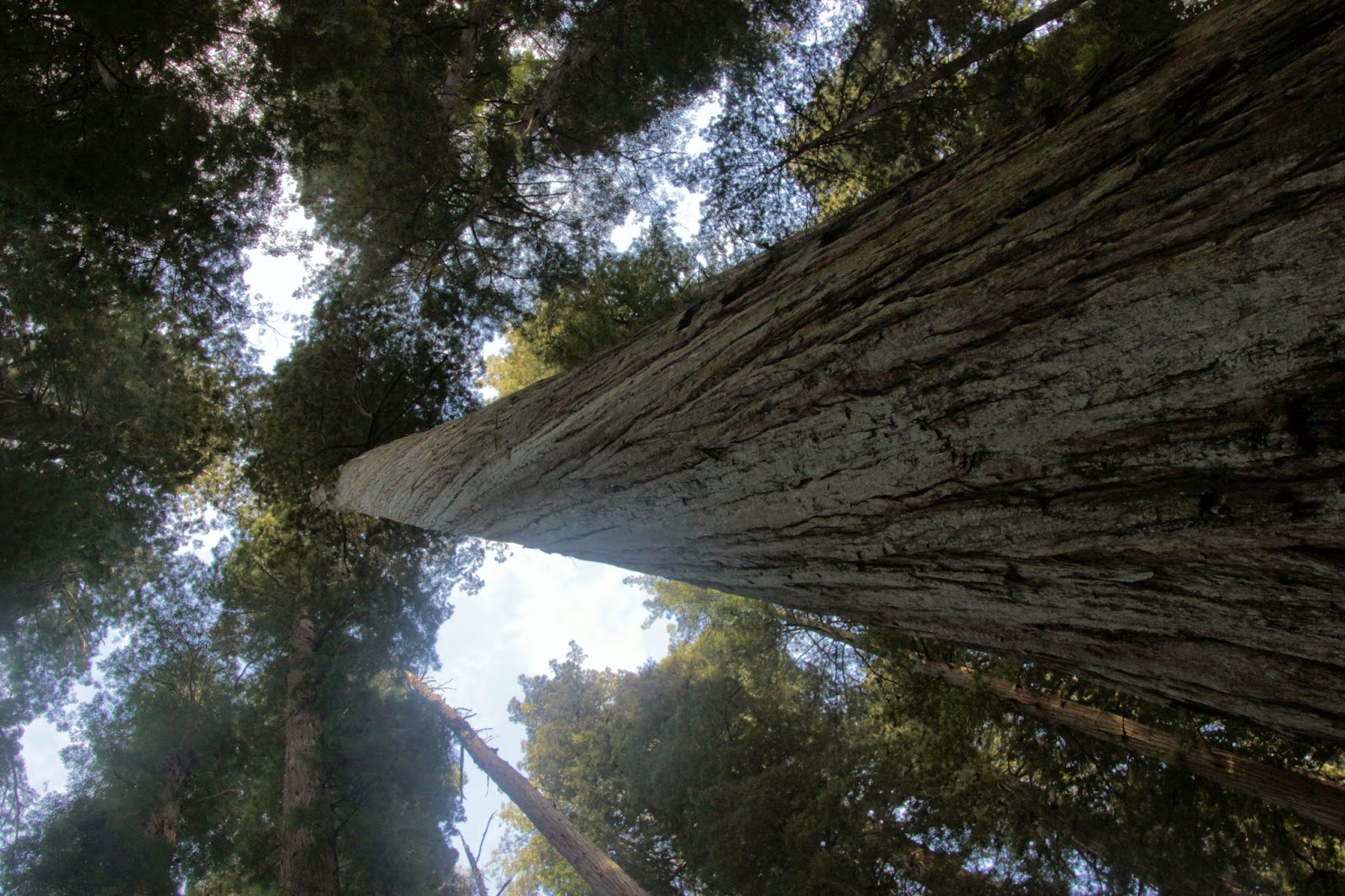 If you can get over your fear of bears (I'm still working on that one), the Redwood National & State Parks really are an amazing place to visit. From Crescent City, take the Howland Hill Road to Jedidiah Smith State Park. Then put your stuff in a bear box.