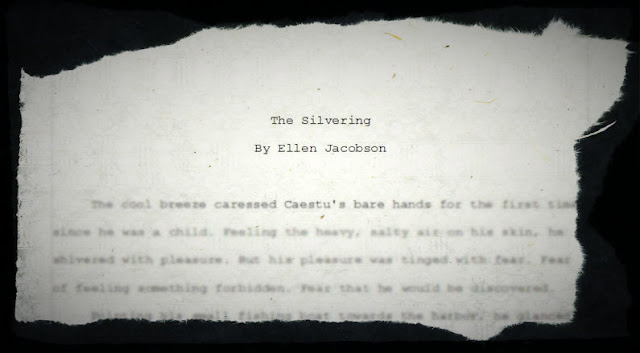 Do you remember that scary button I pressed a few weeks ago asking complete strangers to critique a short story I wrote?

There are a number of online critique groups such as Critters Workshop and Writing.Com. The one I tried out was Critique Circle. I broke out into a cold sweat when I pressed the submit button, but it turns out the experience wasn't that scary after all.

Critique Circle operates on a credit system. For every critique you do of other people's stories, you earn credits. If you want to submit one of your own stories for critique, you have to pay a certain amount of credits. Your story is live in the critique queue for a week. After that it's archived where people can continue to critique it for a reduced amount of credits.

As a new member, you can jump the waiting line and submit your story directly into the newbie queue. However, you can only get a maximum of five critiques. People that post in other queues get an unlimited number of critiques. To be honest, five critiques sounded like plenty to me. Although, for a while, I wasn't sure if five people were actually going to critique my story. Turns out everyone else is pressure prompted like me and did their critiques at the last minute.

The critiques I received were extremely helpful and supportive with lots of useful feedback from catching typos, pointing out my overuse of adverbs, highlighting areas that were confusing, making suggestions about modifying or removing scenes, bolstering my confidence by telling me the premise of my story was intriguing etc. I suspect folks probably go easier on new members.

The system is really user friendly from posting your story to reviewing your critiques. I was able to print all of my critiques together, inline with the text, so that I could compare what different people picked up on in different parts of my story.

After making a number of changes based upon the feedback of these kind strangers, I then decided to press yet another scary button and send my short story to some wonderful bloggy friends who offered to act as beta readers. (Beta readers are essentially non-professionals who "test drive" your manuscript.)

Perhaps I'll do another post at some point on the beta reader process and the guidelines I put together. If that would be of interest to folks, let me know in the comments. In the meantime, let me do a shout-out to those lovely ladies - Liesbet from Roaming About, Melissa from Little Cunning Plan and Lucy from The Larks of Independence. Thank you so much - your feedback was so helpful!

Now the big question is do I push an even scarier button and submit my story to the Insecure Writer's Support Group anthology contest once I've revised it yet again?

Have you ever entered a contest? Did you win anything? If so, what was it?

Thanks for stopping by our blog - we love it when people come visit! We're also on Facebook - pop by and say hi!
Posted by The Cynical Sailor at 4:48 AM