One of the places we really wanted to show our friend in the Bahamas, was Miss Emily's Blue Bee Bar in Green Turtle Cay. We had been there on our first trip to the Bahamas in 2015 with some mutual friends and enjoyed the atmosphere, people, and, more importantly, their world famous Goombay Smash.

After walking around the settlement in the heat, dripping with sweat, and having worked up a considerable thirst, we were excited to see the entryway to Miss Emily's. 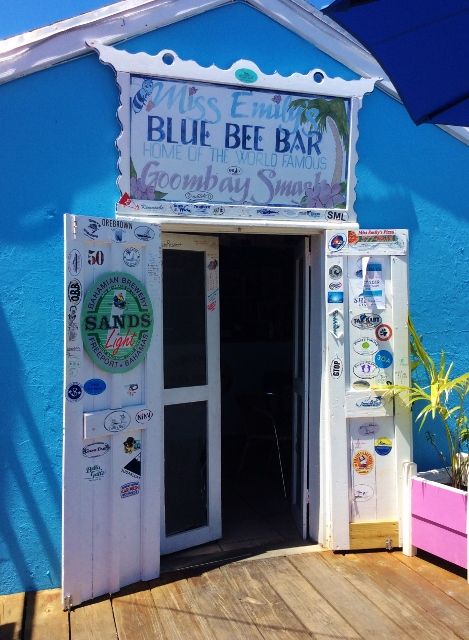 The place was exactly the same as I remembered. T-shirts, boat cards, business cards, even money, tacked up on the walls and ceiling by visitors. 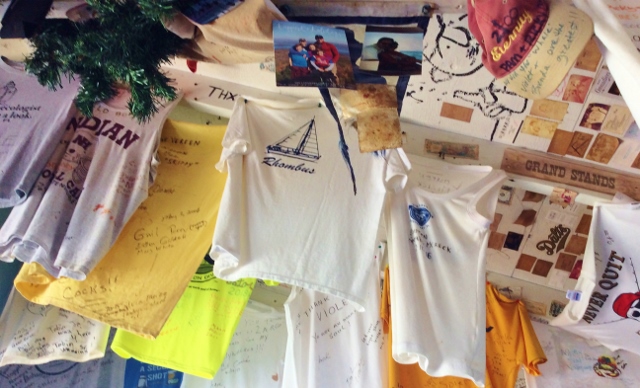 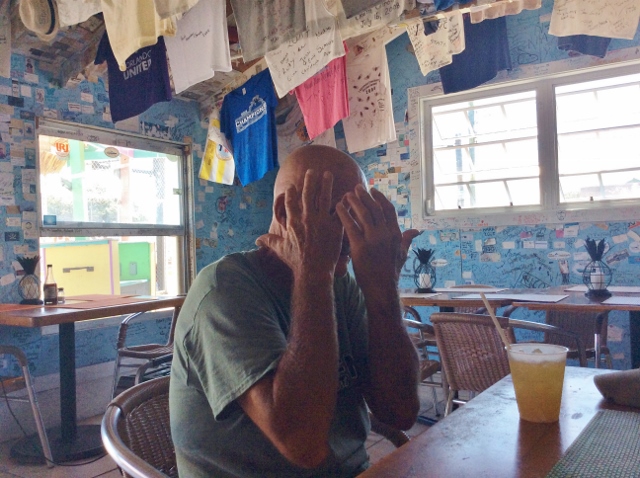 He appears to be a bit camera shy. I can't say that I blame him. That's what I do when anyone tries to take my pictures. Unless, of course, I've had more than one Goombay Smash. Then, I'll start posing for them. The drinks are pretty strong. One will do me in. Two will make me even more silly than I normally am. You really don't want to see what would happen after three.

For the record, I only had one Goombay Smash on this visit. 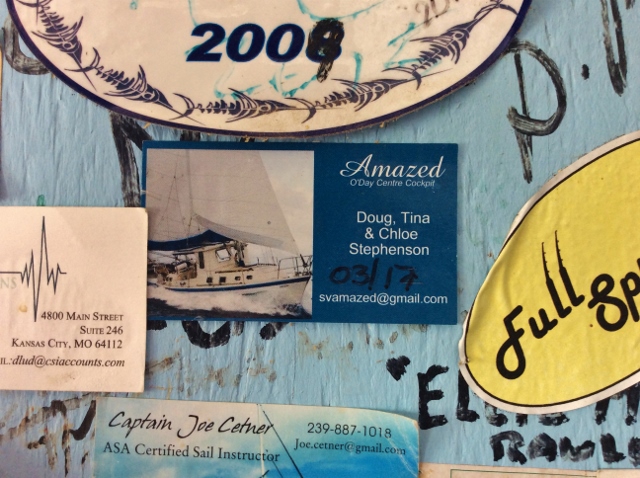 As I wandered around checking out the boat cards, I saw a very familiar one. Our friends, Doug and Tina, from s/v Amazed left their card in 2017 when they were enjoying their own Goombay Smashes. I wonder how many they had.

Oh, I should mention the other name on the card, Chloe. She's their super adorable, super enthusiastic, and super talented coconut husking chocolate Labrador retriever. She (along with some other boat dogs I know) is going to be featured in my upcoming cozy mystery, Poisoned by the Pier. I had so much fun working in dogs that I know into this book. :)

Have you ever been someplace and found something that someone you know left behind?
Posted by The Cynical Sailor at 1:00 AM