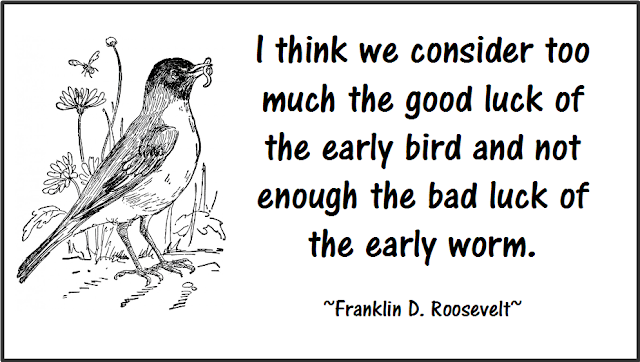 I've been thinking about luck lately. When you live and cruise on a sailboat, you experience some real highs and lows. There are days when you have good luck and everything goes to plan, even better than plan. Then there are those days where a cloud of bad luck hovers over you and things go very wrong.

After you have a chance to reflect on those bad luck days, sometimes you realize it wasn't bad luck you experienced as much as it was coulda-been-a-heck-of-a-lot-worse luck.

Let me tell you about our time anchored at Matt Lowe's Cay so you'll see what I mean.

It was a beautiful day. Scott decided to take the dinghy (who I affectionately call Boo Boo) and go snorkeling off of a reef on the north side of the island. I'm not sure why I stayed on the boat. I probably had something important to do like read books and eat cookies.

I popped out into the cockpit after a while and saw Boo Boo anchored off of the reef and assumed Scott was snorkeling nearby. I went down below in search of more cookies. I popped back up after a little nap (too many cookies make one sleepy) and noticed that Boo Boo seemed to be anchored pretty far off of the reef. That's odd, I thought to myself.

After searching for some more cookies, I came back up and noticed the dinghy wasn't anchored as much as she was drifting off across the water towards Treasure Cay. I looked around and saw Scott swimming near the reef.

I screamed and waved to get his attention and pointed at the dinghy. He yelled back for me to start the engine and started to swim back to the boat.

All of a sudden, a little boat came out of nowhere with two men on it who remarked on the fact that our dinghy seemed to be going off on an adventure without us. They offered to go get it and bring it back to Scott.

Bad luck when the dinghy drug anchor and started drifting away, but good luck when those to guys rescued our dinghy for us. {Thank you mysterious guardian angels.}

Poor Scott. He had actually had the dinghy anchored further up on the reef when he noticed it drifting off. He swam furiously to try to catch it, but Boo Boo is faster than she would lead you to believe.

The next day we had what I would characterize as really bad luck. One might even call it holy-crap-can-you-believe-that-happened luck.

There are ferries that go back and forth between the islands in the Abacos. They go pretty fast, even in anchorages, so when they pass by you can usually expect some sort of wake. Your boat rocks back and forth, but it isn't too bad and you just deal with it.

Then there's the ferry that passed through Matt Lowe's Cay that morning. This wasn't an ordinary ferry wake, this was like a tsunami wake. Important stuff went flying across the cabin, like freshly brewed coffee.

Scott said a few naughty words and cleaned everything up. Then he went into the cockpit and saw this. 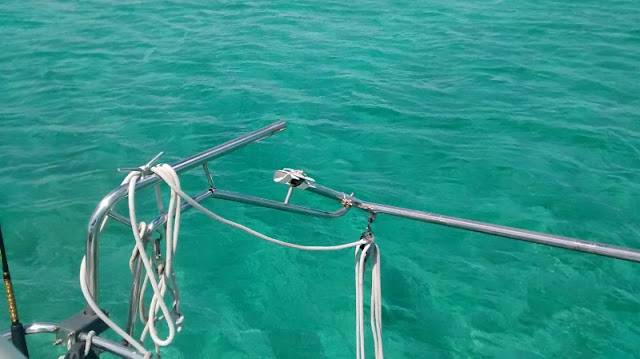 In case you're wondering what this is, it's one of our dinghy davits. They're basically a support system so that you can raise your dinghy out of the water, which is helpful on many fronts - no growth on the bottom of your dinghy, you don't have to worry about it getting swamped or turning over if you tow it behind your boat and less chance someone will steal it at night. We also have our solar panel mounted on top of the davits.

We rushed around like crazy to drop the dinghy and remove the solar panel before the next ferry and its tsunami-like wake came through the anchorage.

We both ended up getting cut. Blood dripped everywhere. Scott probably needed stitches, but we had to keep working.

Finally, we got everything off the dinghy davits, wiped up the blood and bandaged up Scott's hand, using some handy Gorilla tape to keep the bandage on. 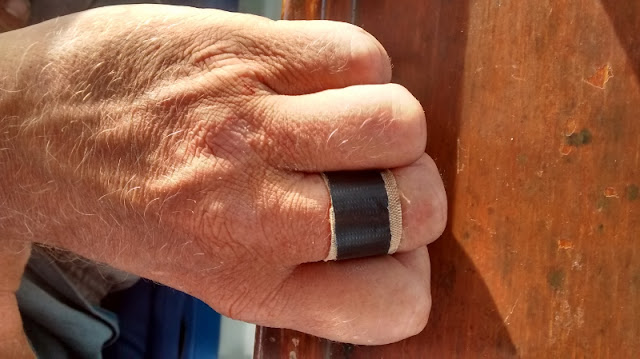 We motored over to nearby Marsh Harbour to try to figure out our next steps. (Marsh Harbour is a relatively large town in the Abacos with all sorts of services.) We rigged up the solar panel temporarily over our aft cabin. Not an ideal solution as we couldn't tilt the panel to get full coverage during the day. But some power is better than no power. Alas, we had to say goodbye to cool sea breezes at night in our aft cabin where we sleep since the hatch was closed. 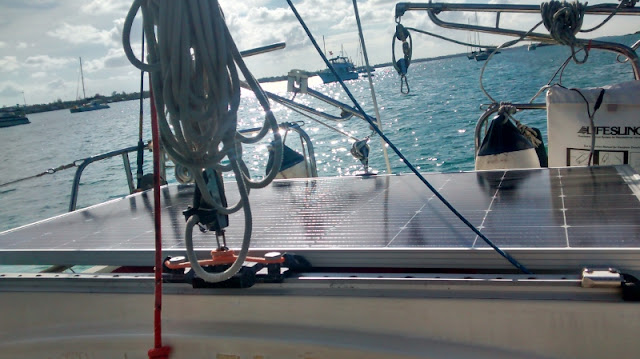 We walked into town to track down a welder that had been recommended by folks on the Women Who Sail Facebook group. It sounded promising (turns out it wasn't, but that's a sad story for another day) and we went back to the boat kind of hopeful we might be able to get the davit fixed and get the heck out of the Abacos and head down to Eleuthera.

I'm not sure it made us feel any better about what happened, but it was helpful to try to shift our frame of reference just a tiny bit and think about how our bad luck was maybe coulda-of-been-worse luck.

20 APRIL
Scott went snorkeling with the dinghy. The dinghy got bored, decided to ditch Scott and go out exploring on it’s own. Rescued by two guardian angels. Anchor up at 2:30 PM. Went out for a sail. Checked out anchorage at Man O’War Cay, but too crowded. Headed back to Matt Lowe’s Cay. Anchor down 5:15 PM. Nautical miles = 9. Engine = 1 hr 15 mins. Spending = Nil.

21 APRIL
“The Day of All Days.” After a massive wake by one of the ferries, one of the dinghy davits broke. Nightmare to drop dinghy and remove solar panel while hoping another ferry didn’t wake us.. Cut ourselves. Dripped blood everywhere. No time for first aid. Secured solar panel on deck. Headed to Marsh Habour to figure out next steps. Anchor up at 1:30 PM. Anchor down at 2:30 PM. Set up makeshift solar panel station on top of aft cabin. Limited amps coming in due to not being able to rotate panel, but better than nothing. Walked to the Marsh Habour Boat Yard and found a welder nearby after getting attached by a pack of feral dogs. Nautical miles = 4. Engine = 1 hr 30 mins. Spending = Nil.

Do you believe in luck?  When's the last time you had really good luck and/or back luck?