Running Water Is For Sissy Babies

I told Scott he was being a big sissy baby yesterday. I think he's gotten soft in his old age. He seems to think running water is important. We've got a lack of it on our boat right now.

Here's why. This is the faucet in our galley. You might notice a distinct lack of handles and a spout. Kind of useful attributes in a faucet.

Things didn't exactly go as planned yesterday - not just with the faucet, but with other things.

What should have been a simple task of changing out our old, leaky faucet for a bright, shiny new one turned to {insert your favorite naughty word here}.

Yes, there were plenty of naughty words yesterday. And some blood. And some bruises.

Scott wanted to persevere late into the night and continue to try to get the old faucet off. I suggested we quit for the day and have a very large drink instead.

"But we don't have any running water," he said.

That's when I called him a sissy boy. We can live without running water. We've done it before. This is what we call role reversal. In the past, I would have been the one complaining about a lack of running water and Scott would have told me to suck it up. It's like Freaky Friday on our boat. Somehow we've switched bodies.

Of course, it wasn't just the faucet that turned to {time for a naughty word again}. The outboard engine on our dinghy started messing with us too.

We had been so happy just a couple of days ago when it started right up. Then we did some routine maintenance on it and it refused to cooperate after that. Stupid outboard. 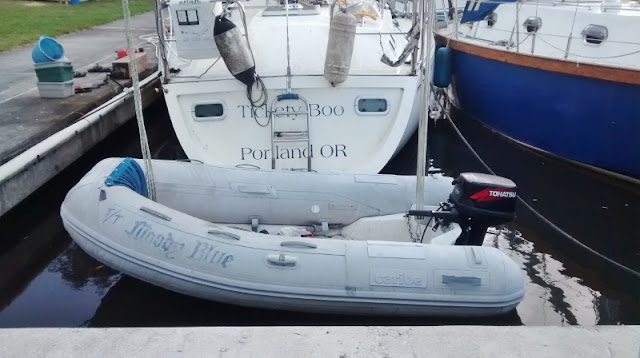 Remember how excited we were that we got our Thornycroft engine on our boat to work?  We figured out the main issue was with our glow plugs. (Glow plugs heat up the air in the cylinders which allows the fuel to be ignited and makes your engine go vroom vroom.)

We could get it going with the existing glow plugs, but they didn't heat up enough to start the engine quickly. So we decided to order some new ones from the UK which were recommended for our particular engine. (Thornycrofts are British engines.)

They worked as advertised. The engine started lickety split. One tiny problem - a burning smell. The kind of burning smell that makes you look frantically around for the fire extinguisher. Fortunately, we didn't need to put our firefighting skills to the test. 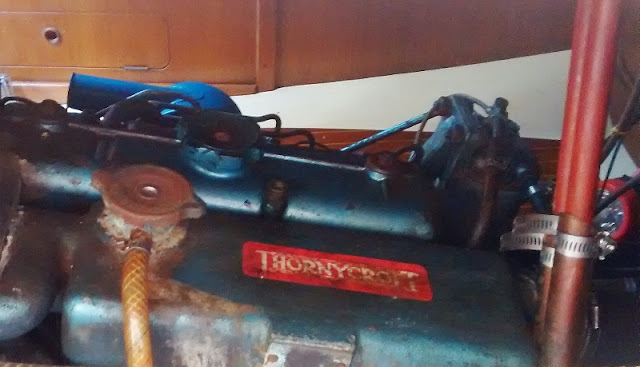 If you were wondering why there wasn't the usual Friday blog post, now you know.

Have you ever had a day where nothing seemed to go right? Could you live without running water?

Posted by The Cynical Sailor at 5:29 AM