It's been ages since I've done a >>Life Lately<< post. Over the past three weeks our life lately has been consumed with boat projects.

We're trying to plow through our very long list of projects that we need to do before we head to the Bahamas for the season. But for every one item we cross off the list, two or three more seem to take its place. Things haven't been helped by the fact that we had some serious engine issues, which derailed us for a while.

I'll update you on the engine later this week, but in the meantime, here's some of the other things we've been up to lately. 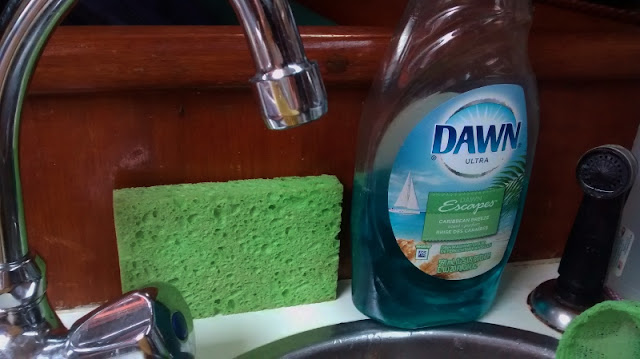 Even after 25 years of marriage, there are things Scott and I still don't agree on. Like sponges. I think they're stinky, vile little creatures. Scott is under some delusion that they're man's best friend.

Let's face it. Sponges smell bad after just a few uses. Especially when you live in a hot climate. While Scott was away, I switched from sponges to these awesome Lunatec scrubbers. They don't smell, food doesn't cling to them and they're safe to use on non-stick pans. When I need to mop up spills, I use a microfiber cloth. Carolyn from the Boat Galley recommended them, so you know they have to be good. Kelley from Sailing Chance agrees and mentions them in her post on must have galley products.

For some reason, Scott hasn't seen the light and insists on using sponges. I hide them from him, but somehow he finds them and puts them back by the sink. {Sigh}

That's the view of our neighbor's boat from one of the portlights in our aft cabin. There's not a huge amount of privacy when you live in a marina. Fortunately, most cruisers are exceptionally nice and fun people and our boat neighbors are no exception.

One of the things on our project list is stopping our portlights from leaking. That's a new seal you're looking at around the window frame. It took us two hours to take the old one out, remove the old sealant and install the new one.

Two hours is crazy. You can bake multiple batches of chocolate chip cookies in that amount of time. Considering the fact that we have five more portlights, let's hope we get more efficient at this process. 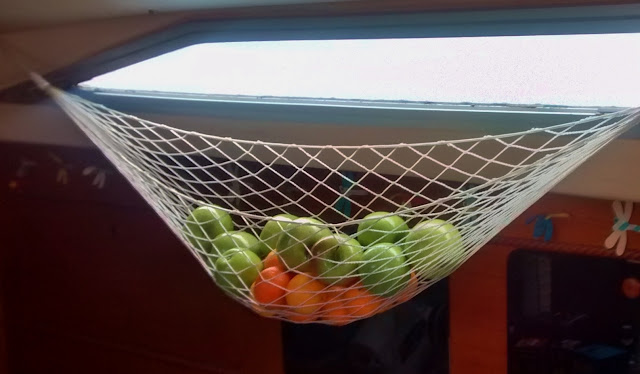 Sometimes you have to take a break from more serious boat projects and do something simple, like hanging up a hammock for fruit. We have very limited space on our boat so this is a great solution to free up storage for other important things, like beer. I figure it's a great reminder to eat our five a day, especially as I have to duck under the hammock whenever I sit down.

This is our propane cooker. For some reason we thought it was a Force 10 model. 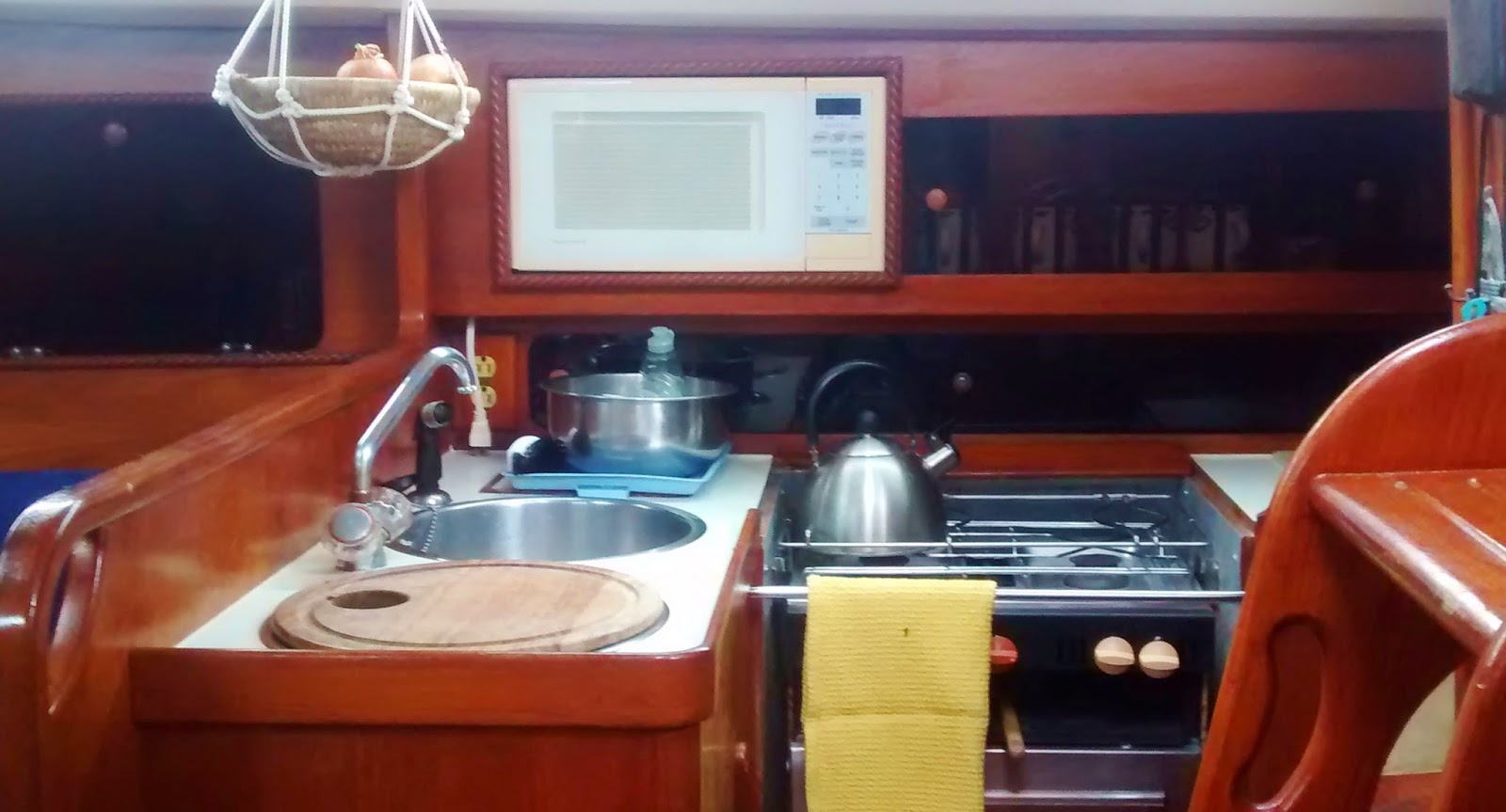 It's original to the boat, which makes it 30 years old. While 30 years is young in human terms, it's pretty old for a cooker. We knew we needed to refurbish it, so I sent off emails to various marine suppliers inquiring about what burner replacements were available. As you can see, we really need to replace our burners. One of them has completely rusted out. 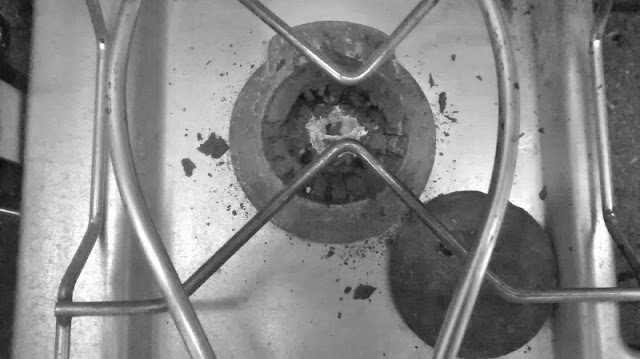 I got back a very politely worded email letting me know that it's not a Force 10, but rather a Plastimo Atlantic. How embarrassing. But at least now I know what model of cooker we have, which narrowed down the search for replacement parts. Unfortunately, it looks like you can't get replacement parts anymore which means we may need to buy a new cooker.

Those of you who have boats know what that means - saying goodbye to a big chunk of change. Or maybe we could just embrace some sort of raw diet and stop cooking our food.


What's been happening in your life lately?

Thanks for stopping by our blog - we love it when people come visit! We're also on Facebook - pop by and say hi!
Posted by The Cynical Sailor at 8:35 AM