What Makes A Great Anchorage?

Scott and I were chatting the other day about what some of our favorite anchorages have been so far and I realized that there is no simple rule that defines what makes an anchorage great. Instead it really is the subjective, personal experiences that you have at a particular place in a particular point in time that create such vivid memories in your heart and mind.

It might be the rich, vibrant colors of the sunset or the silhouette of the hills against the water as the sun comes up in the morning that you can’t forget. Or it might be the incredible wildlife you had the privilege of seeing. For some, it might be the interesting characters you met at a cruiser’s potluck on the beach. For others, it might be the opportunity to enjoy the solitude of an anchorage all by yourself. Or maybe you just had so much fun that every time you reflect back on that particular anchorage, you can’t help but laugh to yourself about the craziness you got up to.

There are so many different reasons why you might say, “That anchorage definitely makes my list of favorites. If only I could experience it all again.”  Of course, unless you have a time machine, you can’t recreate those magical moments. But you can share them with others in the hopes that they have a chance to visit and create their own special memories at one of your favorite spots.

So in the interest of sharing, here are just a few of some of our favorite anchorages that we’ve experienced so far in New Zealand. We would love to hear what your favorite spots are and what makes them so special to you. Leave a comment or even better, head on over to the Monkey's Fist and contribute a post of your own! 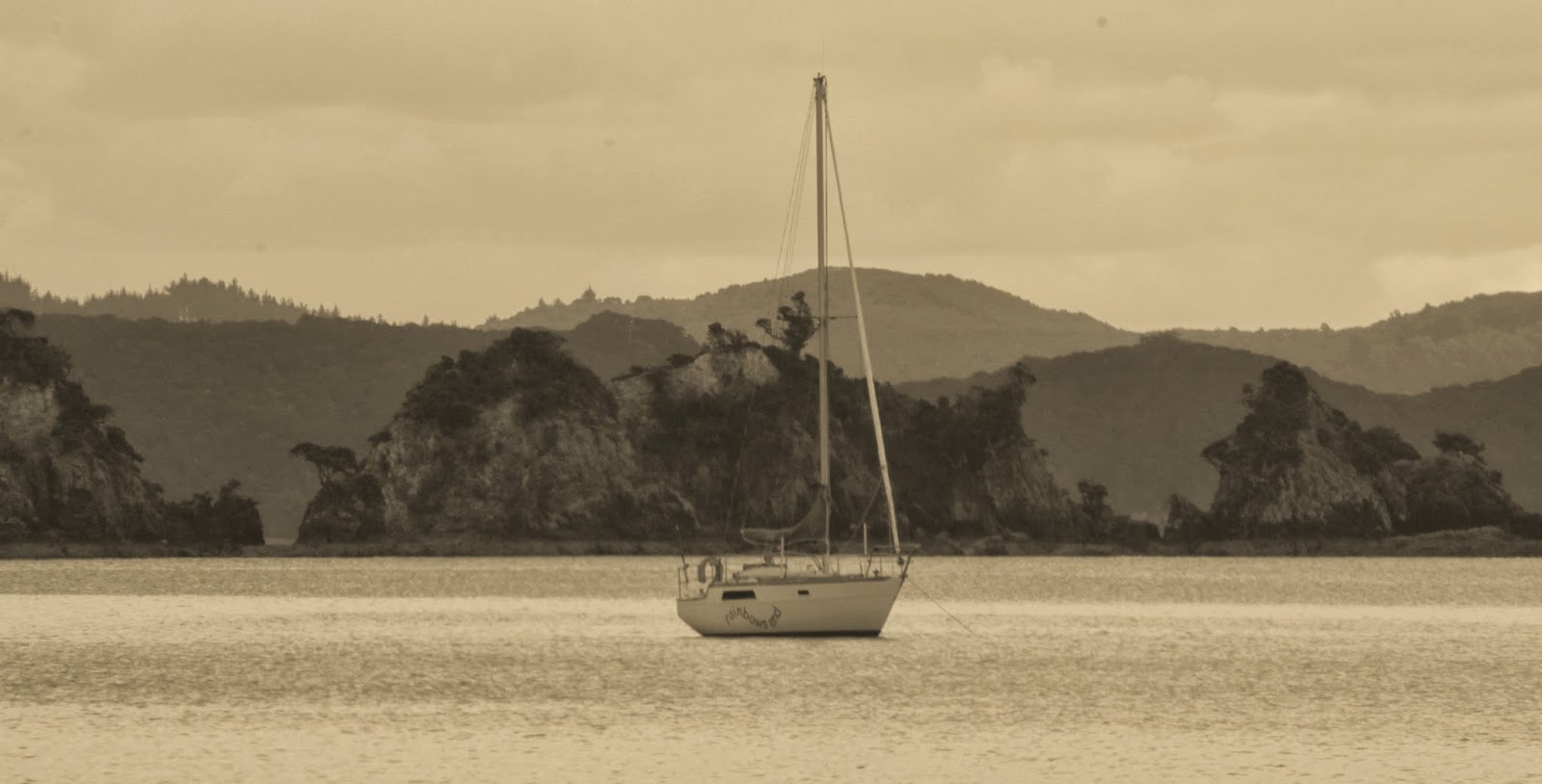 This is one of the few times that we have ever had an anchorage just to ourselves. Even though New Zealand isn’t exactly the most populated country or cruising ground, there always seems to be more than one boat in any anchorage. And they often seem to park right next to you, so the opportunity for a bit of privacy can be limited at times. Usually it isn’t a problem – folks are friendly and you might have a bit of a chat to your neighbors. But sometimes, especially for an introvert like me, you crave a bit of space that is just yours. And that’s what we got in Paradise Bay (also known as Oneura Bay).

The bay itself is located on the west side of Urupukapuka Island (also known as Baker’s Island). It is what I think of as a typical, beautiful Kiwi bay with pohutukawa trees along a sandy beach. You can pick up hiking tracks from the beach and explore the island or just take it easy in the cockpit and enjoy the view. And the view is especially sweet when there aren’t any other boats around! 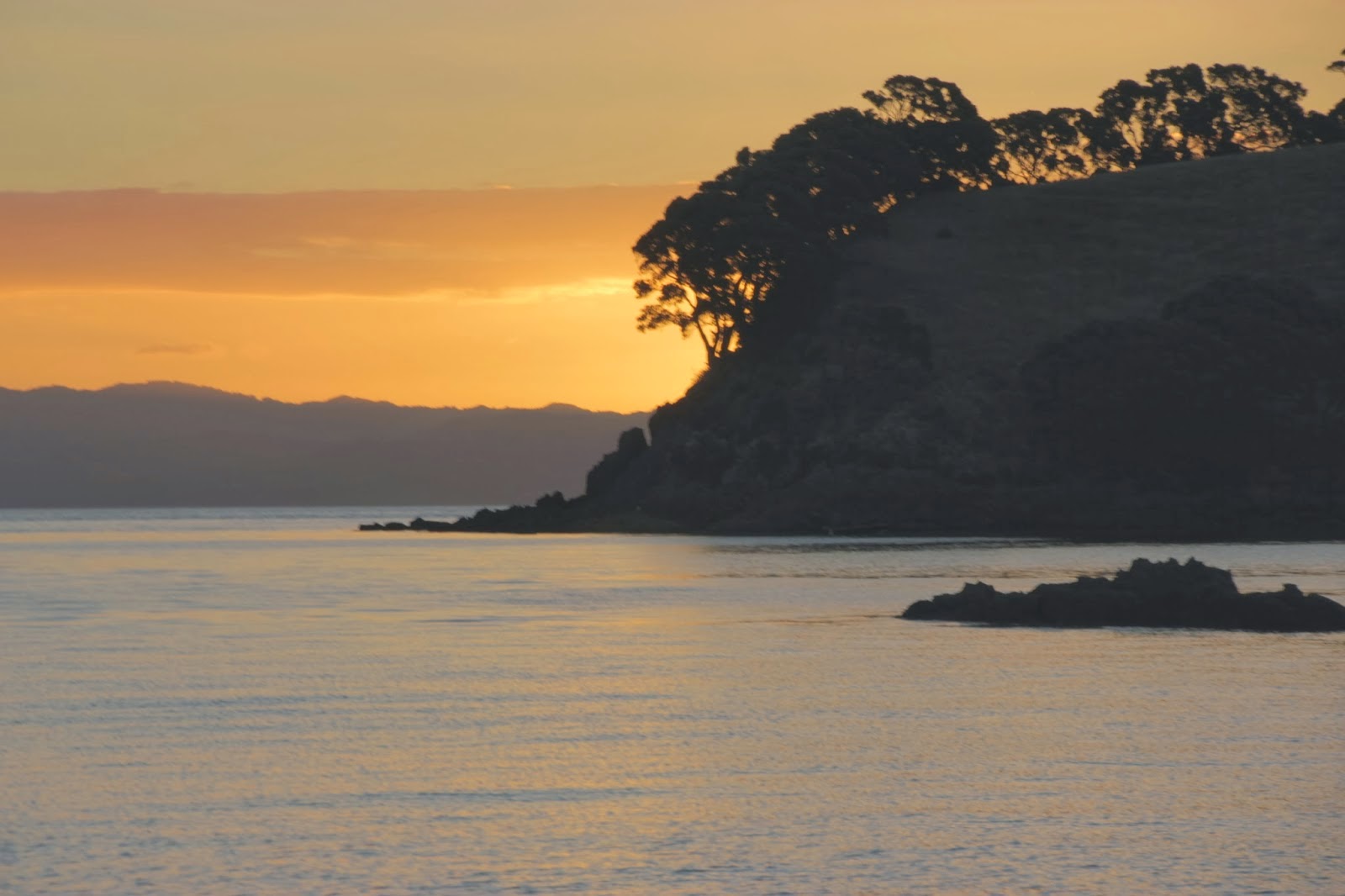 When Scott first suggested adding Peachgrove Bay to the list, I looked at him like he was a madman (see here for a post on our roly-poly experience anchored there). He gets that look from me quite often, so he ignored me and explained why he thought it was so great. And it came down to the wildlife – sharks, penguins, stingrays and crazy bait fish. An odd combination of critters to be sure, but rest assured no one got hurt.

Scott first saw a cute little penguin that came rushing up to the boat. When Scott went up to the bow to get a closer look, the penguin dived into the water and, given the shallow waters, Scott was treated to a great view of him darting around undewater. I was washing dishes at the time by the way. I can only assume Scott is telling the truth.

The next creature up was the shark. I was doubting Scott’s penguin sighting so when he yelled out, “Look, there’s a shark!”, I was a bit dubious. But he was right – it was a bronze whaler prowling throughout the bay looking for something to munch on. Scott headed over to a launch that had just come in to warn them of the shark and they told him there had been a number sighted in the bay a couple of weeks previously.

And then there was the stingray. Scott glimpsed it heading towards folks out swimming and snorkeling in the bay. The first “fish” Scott ever caught in New Zealand on our boat was a stingray. Wasn’t exactly what he was going for (snapper was the intended target), so we were a bit surprised to find it on his hook. Don’t worry, it was released. I think ever since that moment, Scott keeps a close eye out for stingrays. And the stingray wasn't the only "fishy" experience he had there - he also got to see a "boiling cauldron" of bait fish

Peachgrove Bay is another one of those beautiful, Kiwi bays with a long sandy beach and shallow waters perfect for swimming in. So even if you don’t have a wildlife experience when you are there, you’ll still love it.

This is another one that at first glance you would think, “Why would you put Elephant Cove on your list? Didn’t you almost choke on a snapper bone when you were there? Isn’t this the place where the winds kicked up and you were worried about smacking into shore? And, isn’t Elephant Cove known for being populated with giant rats?” Well, yes, that’s all true. But there was something magical about our time in Elephant Cove. Motukahaua Island (also known as Happy Jack’s island) is a small island which has steep sides and when you’re in Elephant Cove you feel like you are tucked inside of a tiny, submerged volcano which is open to one side. On the night we were anchored there it was absolutely pitch black. Having always lived in cities with all of their lights, I’m really not used to absolute, inky darkness. And it was deathly quiet. Eerily quiet. From time to time I put the flashlight on just to reassure myself that we were still in fact anchored in Elephant Cove and hadn’t been transported to some giant, dark holding tank on an alien spacecraft. Definitely a spooky evening, but very memorable and one of my favorites in a weird sort of way. 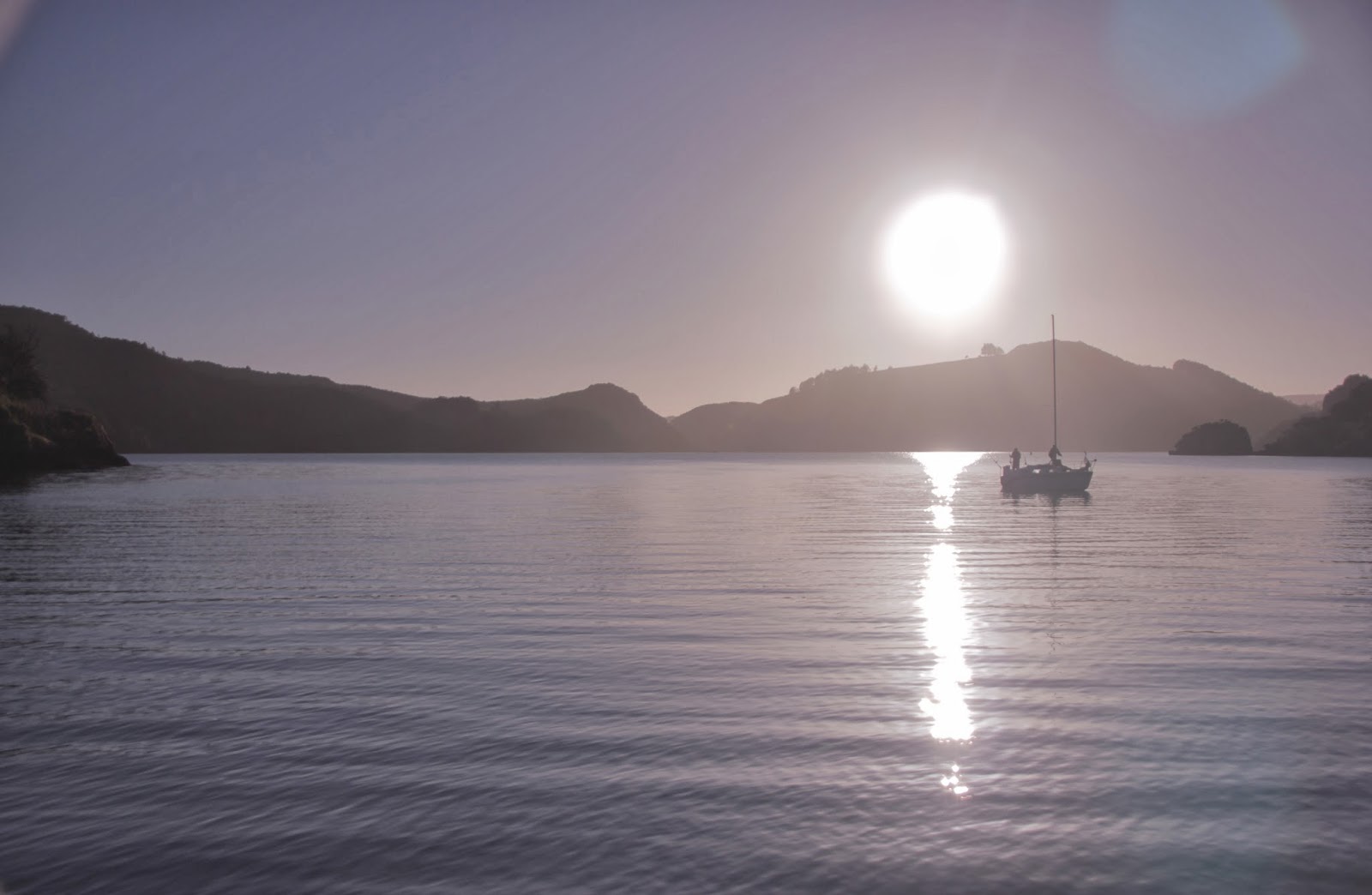 I actually didn’t think anything would surpass how much I love the beauty of the Port Fitzroy area of Great Barrier Island with its fjord-like scenery, but I think I found it in Whangaroa. Scott had been hankering to get to Whangaroa for a long time and for a while we didn’t think it was going to happen do the weather, but we made it up there and it was definitely worth the wait. This is one of those anchorages which you remember due the landscape and views. And which you know pictures can never do justice. It is a shame we didn’t get to spend more time exploring the area, but we had to head back to Auckland for the Classic Yacht Regatta, which, wouldn’t you know it, was canceled due to the weather courtesy of Cyclone Lusi.

So there you go, a few of our favorites. Let's hear about yours!

Visit The Monkey's Fist to find other posts on this topic by clicking here.