Saturday Spotlight | Around The World In 80 Books, Update #12

In addition to the usual blog posts every Monday, Wednesday and Friday about our eccentric travel adventures and day-to-day life living aboard a sailboat, I also occasionally post on Saturdays, focusing on things related to writing such as cover reveals, book launches, reviews, interviews with authors etc. So if you're a bit of a book nerd like I am, check in on Saturdays - you never know what might pop up. 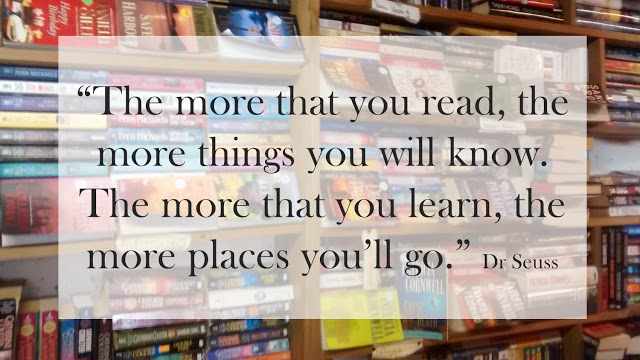 Remember when I started that "Around the World in 80 Books" challenge? The one I was so gung-ho about, but then never finished. Yeah, I had completely forgotten about it too until my mother reminded me about it. So, while we're land-locked and working on boat projects, I thought this would be a good time to start ticking more countries off of the list.

The idea of the challenge is to read books set in 80 different countries, effectively exploring the world from the comfort of your armchair. Since my last update (which was ages ago), I've read books set in five more countries – Austria, Indonesia, Israel, Pakistan and Portugal.

That makes a total of 60 books since I started the challenge - only 20 more to go!

The Accidental Empress is a historical novel about Sisi, a Bavarian Duchess, who accompanied her sister to the Hapsburg Court back in 1853. Sisi's sister was supposed to marry Emperor Franz Josef I, but Sisi ended up snagging him herself, becoming the Empress of Austria and the Queen of Hungary in the process. Don't feel too bad for Sisi's sister. She was relieved that things turned out the way they did. After all life in a royal court can be daunting.

The Accidental Empress is an engrossing read, full of romance, intrigue and interference from an annoying mother-in-law. In between descriptions of gorgeous dresses and royal etiquette, I got a feeling for what Austria might have been like at the time. The countryside sounds idyllic. Makes me want to travel to Austria and go for long hikes and have picnics up in the mountains.

"Sisi kept herself occupied in the nerve-fraught coach by staring out the windows and imagining what life must be like in each Alpine home she passed. While the farms appeared idyllic, the goat herders had it the best, she decided. For the goat herders were free to set out each morning from their cliff-side chalets and march into the hills. Armed with a block of cheese, a loaf of bread, and a skin of wine, they could wander and explore the mountains and creeks with no one to answer to. Or they could find an open, sunlit field and lie down on the grass, passing away the hours under a sky so close that Sisi longed to reach up and pull some of its blueness down into her hands."


You can find out more about The Accidental Empress on Goodreads and get your own copy on Amazon.

Land Sharks is a fun, light mystery about a fraud investigator, Lexi, who is sent to a resort on Sumatra, an Indonesian island, to bring back the daughter of one of the bank's biggest clients who is there with her latest boyfriend. Lexi's sidekick is her boss' young son who bumbles alongside eagerly, trying to learn the ropes and often getting in the way. Lexi soon uncovers a larger mystery, runs into an old flame and encounters danger in the form of deadly animals, criminals and murderers.

While the mystery is set in the lush jungles of Sumatra and you get a feel for what the hot, tropical environment might be like, I wished there had been more details about the peoples and culture of Sumatra. Indonesia is a place that I'd like to visit one day, although I'm not to sure about the possibility of being eaten by crocodiles or sharks:

"Steve's right. I'm not thinking straight. If the crocodiles don't get us, the sharks in the bay surely will. The canoe is our only answer. We stumble as fast as we dare in the dark as we hurry back along the twisty path to the river. This time I'm so mad the critters better look out for me."


You can find out more about Land Sharks on Goodreads and get your own copy on Amazon.


THE DEVIL IN JERUSALEM by Naomi Ragen | Israel

Let me start out by saying that this is not an easy book to read. I found it to be very disturbing. But since it's about child abuse and cults, how could it not be disturbing? The book depicts the investigation into the abuse of two brothers brought into the hospital with horrifying injuries and the path which led their parents into a cult which abused their children. It's inspired by the real-life Elior Chen trial which took place in Jerusalem.

The following passage depicts the father's search for religious meaning and truth in the ultra-Orthodox Jewish community which ultimately led him and his wife to blindly follow and obey the will of a false Messiah.

"The words spoken by Reb Amos, a shaggy-haired blond guru with a large, white knitted cap of Breslove Hassidim, fascinated him. Amos was treated like a king by his followers, who stood up in awe of him when he entered and waited for permission to sit back down. Yes, Shlomie thought, drinking in the words deeply. This is the truth I have been seeking!"


To be honest, I'm not sure that I'd recommend this book. Although it sheds some light on how people can be drawn into cults and evil, it's certainly not for the faint-hearted.

You can find our more about The Devil in Jerusalem on Goodreads and get your own copy on Amazon.


SUMMERS UNDER THE TAMARIND TREE by Sumayya Usmani | Pakistan

Scott and I have been obsessed with making our own curries lately from scratch. As a result, we've been checking out a number of cookbooks from the library. Most of them are your run-of-the-mill cookbooks - full of recipes and photos of finished dishes. But Summers under the Tamarind Tree is different. Sure, it's a cookbook, but it's also a memoir of the author's time spent in Pakistan. Scattered among the enticing recipes are memories of her family, cultural tidbits about life in Pakistan and gorgeous photos of everyday life.

One of the things I've been trying to do as part of this challenge is read books in different genres. It never occurred to me that a cookbook would tick that box, but in this case I think it does. Here's a great passage on celebration feasts to give you an idea of how Summers under the Tamarind Tree is much more than just a collection of recipes:

"Food takes centre stage in all Pakistani gatherings and festivals. I'm sure I remember people arriving right before meals were served at weddings, so as to avoid having to wait through the rituals before eating. Food would be cooked behind the scenes in massive steel cauldrons for hours before eventually being served at midnight, and people would pounce on it like hungry cats."


You can find out more about Summers under the Tamarind Tree on Goodreads and get your own copy on Amazon.

I have to admit, before I read The Angolan Clan, I didn't know much about the bloodless Portuguese "Carnation Revolution" which overthrew the authoritarian Estado Novo government in 1974 and led to the withdrawal of Portugal from its African colonies.

Reading dull, dry history tomes isn't really my thing. I'd much prefer to read a novel where historical events provide a dramatic backdrop for interesting characters and thrilling adventures. The Angola Clan fit the bill for me in that regard. The book opens with three seemingly unconnected murders in New York, Switzerland and Spain which leads two women to explore what happened in Portugal and Angola during the revolution.

The Angola Clan is a thriller and there are lots of twists and turns along the way. The author did a credible job of portraying the fear, uncertainty and chaos that people might have experienced during this period of Portugual's history. The following passage describing the airport in Luanda, Angola, full of people trying to flee the airport, stuck with me:

"After showing their documents and opening their bags, they walked through to the arrivals hall. It was chaos. Hundreds of people were crammed into the area like sardines in a can. Africans and Europeans alike were loaded down with trunks, bags, children, boxes, parcels. Women in brightly colored wraps, bandanas and scarves carried bundles on their heads. Some were carrying crates of chickens in each hand. There were children leading goats, pigs or dogs on pieces of rope. Families were camped out on thee floor, many of them eating their evening meal, bags and possessions strewn all over the place."


You can find out more about The Angola Clan on Goodreads and get your own copy on Amazon.