Have you ever spent the night at a ghost town? Were you worried what would happen when the sun set? Were you scared by the thought of ghosts, zombies or vampires sneaking up on you in the dark?

We spent the night anchored at a ghost town in the Bahamas back in May and I have to confess that I was a little nervous about who or what was lurking in the shadows.

Ginn sur Mer was a big development project at the West End on Grand Bahama Island in the Abacos. Much of the infrastructure was put in place - canals, golf courses, roads, utilities and an airport - but then the developer defaulted and the place was abandoned.

Several people had told us what a great well-protected anchorage it was and it seemed like the perfect place to wait out a front that was forecast to come through before we made our way south to the Berry Islands.

We entered the inlet, made our way through the canals and found a good place to drop the hook.

This is what it looks like during the day. You can see a water tower, roads, stop signs, electrical lines and a golf course on shore, but no people or buildings. It's quite surreal. It's like some sort of hurricane came through one day and sucked up all of the houses and people, leaving the infrastructure behind.

At night is when things really get creepy. The wind started howling through the palm trees. 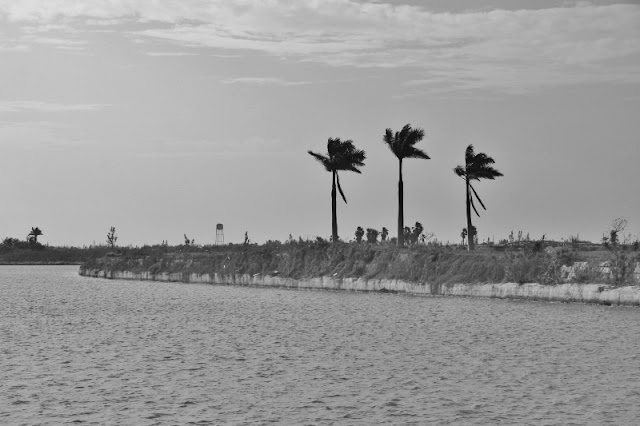 I had a closer look on the shore and wondered who or what crushed one of the retaining walls. It had to have been something big. Maybe it crushed the wall trying to climb down into the water to attack people on one of the sailboats anchored in the canals? 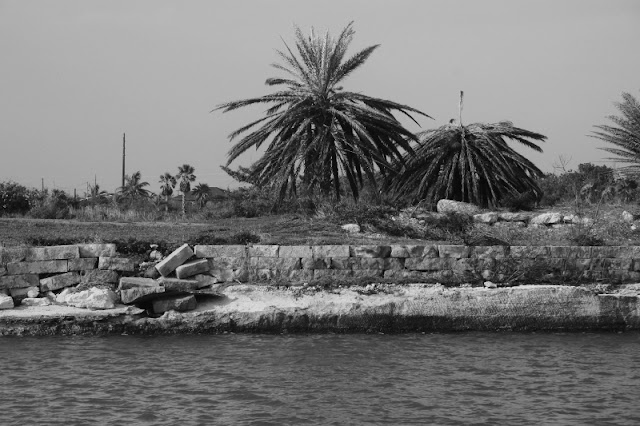 You look around and realize you're the only people for miles around. Or are you? Although, are ghosts, zombies and vampires considered people? They're dead aren't they? 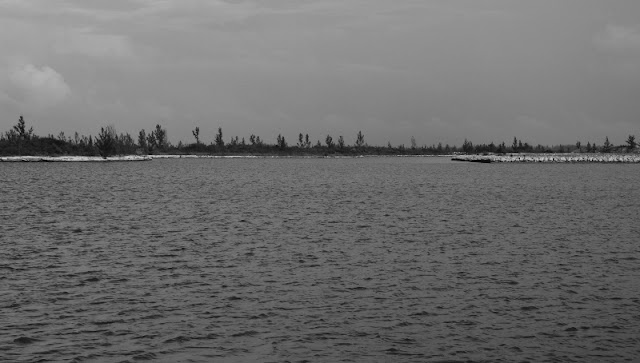 Fortunately, we made it through the night unscathed and lived to tell the tale.

23 MAY
Anchor up at 7:45 AM after a very roly-poly night anchored on the Banks. Had to use generator to start engine. Replacing our battery bank has moved up in priority on the boat project list. Very confused seas. 6' waves close together. Buried the bow on occasion. Fish on the line! Darn, just a stupid barracuda. Anchor down at 12:15 PM at Ginn sur Mer. Nautical miles = 30. Engine = 4 hours 30 mins plus another 30 mins at anchor to check engine. Spending =Nil

24 MAY
A peaceful night despite the spooky surroundings. Hung out waiting for the front to blow through. Nautical miles = Nil. Engine = 30 mins to check it. Spending = Nil

Have you ever visited a ghost town? Did anything spooky happen to you?