I just got back from visiting my family in Portland, Oregon - otherwise known as PDX (after the airport) if you're hip. Although if you're 50 years old and you think you're hip, you're probably not hip. You might have a touch of arthritis in your hips, but that's about it. After spending time with my 14-year old nieces, I am under no illusions about my distinct lack of hipness.

My mom wanted a black and white picture of me to display next to the one she has of my sister. We enlisted the help of one of my nieces to snap some photos. She took all of the photos you see in the blog today. That's her behind the camera. 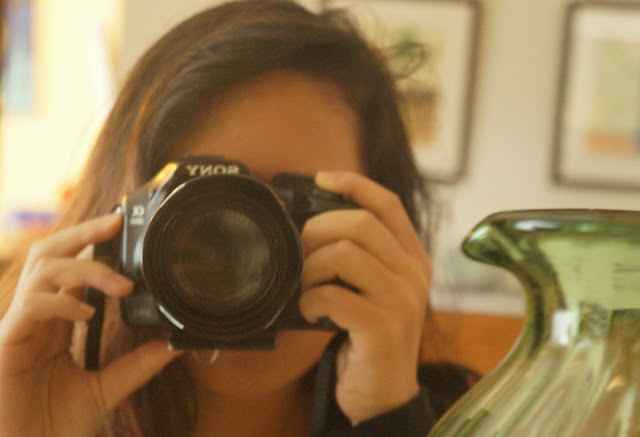 We decided to do a photo shoot at a cemetery. That's not weird, is it? Maybe what's weird is that we went back to the same cemetery three times while I was visiting. There was a shovel involved. Don't worry, it wasn't our shovel. Although we did have a rake. And a nailbrush. Don't ask.

Let's just say that the photo shoot wasn't a success. My other niece gave me pointers on how to pose and look into the camera. She did her best, but apparently I am the worst model ever. "Stop grimacing, Ellen! Pretend like you're having a good time - smile!"

There are a lot of photos of me grimacing instead of smiling. I'll spare you. Instead, here's a sweet headstone which talks about how much the guy loved watching sports and how he touched people's lives. 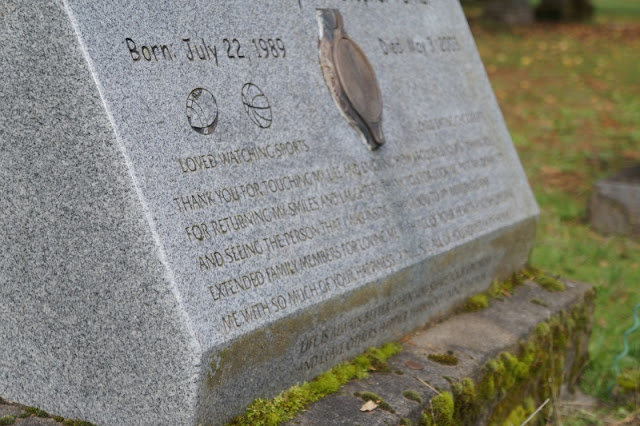 My niece did get a good picture of the back of my head. Probably because you can't see my grimace. I'm the shorter one with frizzy hair. My sister is the taller one with straight, smooth hair. Somehow it doesn't seem right for younger sisters to be taller. Shouldn't the oldest child be the tallest?

We were at McMennamin's Kennedy School for lunch. I found a picture of Leroy Vinegar on the wall when we were walking around. We used to love going to hear him play the bass when we lived in Portland. 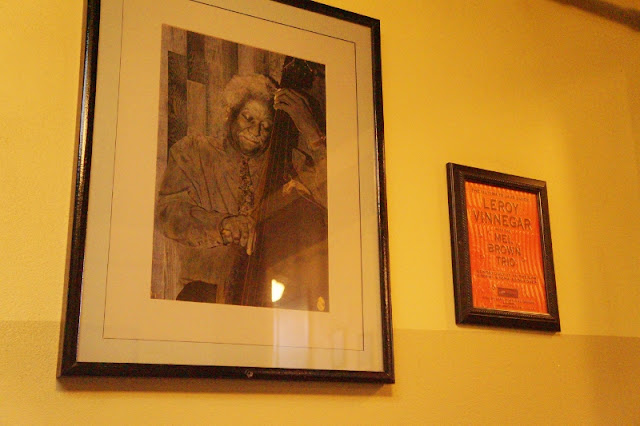 I had a hamburger for lunch. Not the one below. That's my niece's. She got hers medium rare. I like the moo cooked out of my burgers. 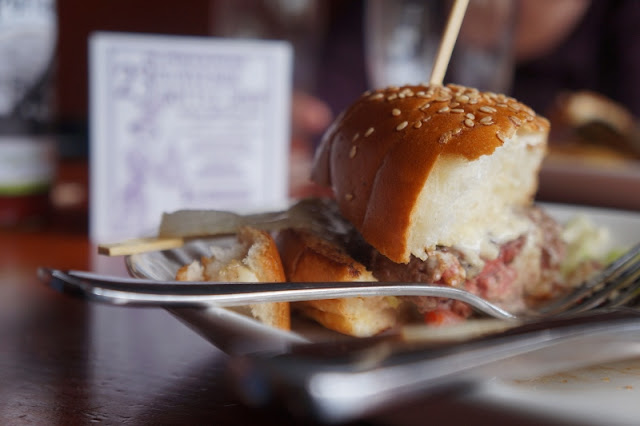 I was surprised to find feijoas for sale at the local Safeway. They're an extremely popular fruit in New Zealand, often grown in people's backyards. I hadn't heard of them until we moved to New Zealand. I had no idea people ate them in the States. Have you ever had one? Personally, I'm not a fan.

Interest in emigrating to New Zealand has sky-rocketed since the election. When we applied for permanent residency in New Zealand we had to fill out a points-based application. At the time, they awarded points for things like education and work experience. Given the surge of applications they may soon get, I bet they're going to start adding questions about feijoas as a screening tool: (1) Have you ever had a feijoa?; (2) Can you spell feijoa?; and (3) Can you describe three ways to prepare feijoas? 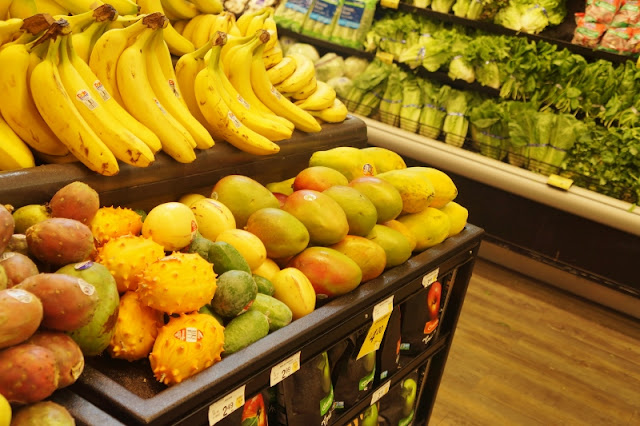 And one last picture of one of my niece's boots. It's boot weather in Portland. When I got back to Florida, the first thing I did was plug the air conditioning in and take off my socks. 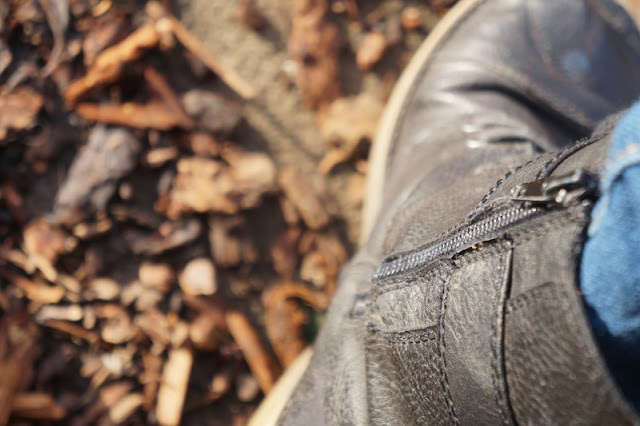 Have you ever had a feijoa? If you eat red meat, how do you like your burgers done? Have you ever taken a shovel to a cemetery?