B Is For Boatyard | Nancy Drew Investigates {A To Z Challenge}

During April, we're participating in the Blogging from A to Z Challenge. Every day (except Sundays), we'll be doing an alphabet themed post starting with "A is for Anchor" and ending with "Z is for Zodiac." Each post is an installment of "Nancy Drew Investigates the Case of the Missing Anchor" - so you may want to read the posts from the beginning, in order to follow along with the story (click here for the first post and here for an index of all the posts). At the end of each post, you'll also find some random thoughts on the day's particular topic. So, if Nancy isn't your thing, feel free to skip the story and go straight to the end.

When we last left you, an anchor had been stolen from The Scarlet Slipper, the sailboat that Nancy Drew and her two friends are going to be racing on during the Grande Isle Regatta.

Nancy turned to the police officer and asked, “How could something like this happen here? I thought this was a secure marina with locked gates and a security patrol at night.” The police officer tore a form off of his clipboard and said, “Sorry, miss, we don’t know how it happened or who’s responsible yet. But, don’t worry. We’ll be conducting a full investigation.”

He handed the form to Marvin. “Sir, here’s a copy of the police report for your records. I understand you’ll be leaving the marina on Friday?”

Marvin ran his hands through his short cropped gray hair and said, “Yes, that’s right, we’re participating in the Grande Isle Regatta this weekend. It’s a three day event with a race from Pine View Bay to Grande Isle on Saturday. On Sunday, there will be a number of social events on the island including a barbeque that night. Then on Monday, we race back to Pine View Bay with the prize giving that night at the clubhouse.”

Marvin looked over at his boat, The Scarlet Slipper, and frowned. “Somehow, I have to get a hold of a new anchor before the regatta starts.”

“Well, feel free to call the station at any time for an update on the investigation.” The police officer shook Marvin’s hand and walked down the dock to his patrol car.

“Shelley, we better head over to the marine store and see about replacing this anchor,” Marvin said. “Girls, I’m so sorry about this. Why don’t we catch up later this afternoon and we can take you through a safety briefing. You’ll need to be prepared in case anything goes wrong during the regatta.”

“Will you be okay until we get back?” asked Shelley.

“Don’t worry about us. We’ll be fine. I thought we might walk around the boatyard and check things out,” said Nancy. “Come on girls, why don’t we head over that way.”

As Nancy led the way, Bess nudged her cousin George and whispered, “A safety briefing. See, I told you sailing was dangerous! How in the world did I ever let you and Nancy convince me to participate in the regatta?” George shook her head and said, “You’re such a worrywart, Bess. Don’t worry, everything will be fine.”

The three eighteen year old girls walked down a short path which led into the boatyard. Bess looked around in amazement at all of the boats in the yard, resting on their keels and propped up by metal stands. “Gee, what would happen if a strong wind blew through? Wouldn’t they all tumble down?” Bess asked with a worried frown on her face.

When no one answered, Bess looked around and realized that George and Nancy were over talking to a couple of guys wearing white disposable coveralls, goggles and plastic gloves, who were in the process of painting the bottom of a boat nearby. She hurried over to catch up with them.

“Bess, there you are. Wait until you hear this. These guys had their outboard motor stolen last night,” Nancy said. “They also said that some other folks had stuff stolen as well. There’s definitely something mysterious going on at the marina.”

One of the guys pushed his goggles off of his face and Bess noticed that he had attractive green eyes. “Why are you painting your boat?” she asked.

“We put anti-fouling paint on it regularly to keep barnacles, algae and other things from growing on the bottom. It helps us go faster in the water if we don’t have stuff on our bottom,” he said while admiring her long blonde hair and blue eyes. “Are you a sailboat racer too?” Bess looked up at his impossibly green eyes and thought maybe sailing wouldn’t be such a bad thing after all. “I’ll be participating in the Grande Isle Regatta this weekend. Maybe I’ll see you out there.”

George tugged on Bess’ elbow. “We should really let these guys get back to their bottom painting.” As the guys turned back to their boat, Nancy said, “Come on girls. Let’s go see what we can find out.”

The girls walked across the boatyard, stopping to chat with people and watching them work on various boat projects. They could hear the noise of electric tools buzzing across the yard, watched a crane take a mast off of a boat and heard a couple arguing about the best way to install new hatches on their boat.

In talking with people, they discovered that items had been stolen from several boats, including a new galvanized anchor chain, an inflatable dinghy, winch handles and a chart plotter.

As they were walking around the yard, George noticed that a man with a long scraggly beard seemed to be listening in on their conversations. He was wearing tattered khaki shorts, a ripped t-shirt and a red baseball hat which had Xebec written on the front.

George motioned to Nancy and Bess and said, “See that man over there? I think he’s been following us around and eavesdropping on us.” As Nancy and Bess looked over, the man took off and ran across the boatyard, ducking behind a row of boats to their right. Nancy shouted out, “Come on, let’s follow him!”

Bess said, “Are you sure? He could be dangerous.” George grabbed Bess’ arm and pulled her along as they followed Nancy through the boatyard. Just as they made a sharp turn around a row of boats, the man lunged out and pushed Nancy to the ground.

Tune in on Monday for the next installment of Nancy Drew Investigates – C is for Catamaran.


I can get where Bess is coming from – I can’t for the life of me figure out how boats stay upright in the boatyard in general, let alone during a storm. See how our boat is propped up with metal stands and balancing on her keel on top of wooden blocks in the picture above? Now, imagine high winds barreling through the boatyard, pushing against the boats perched there. If the winds were strong enough and in the right direction, poof, down your boat goes, toppling others along with it, like a row of dominoes collapsing.

When boats are stored long-term at Indiantown Marina, they make owners secure them with tie-down straps to prevent them from falling over. It's happened before when a hurricane made its way through Indiantown years ago. Who's to say it wouldn't happen again? This is where liability insurance comes into play. Would you want to be responsible for the damage caused if your boat toppled over?

The other thing that strikes me about the boatyard is having to climb up and down ladders to get to your boat. I have a friend who fell off the ladder on their boat last year and ended up in the emergency room. She was one of the lucky ones - nothing broken. Another guy fell off his boat this year and broke his leg. Somehow, despite my clumsiness, I managed to survive our time in the boatyard without breaking anything.

What about you - have you ever broken anything? Did you get everyone to sign your cast? Do kids even do that anymore? 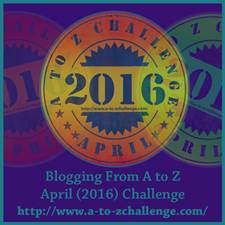