Fixing Toilets | The Joke's On Me 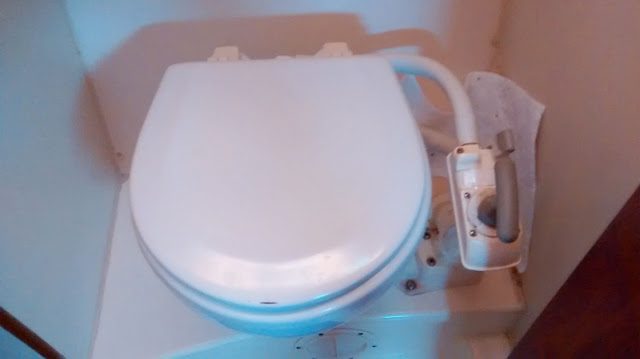 The toilet on our boat broke the other day. This sort of thing wasn't in the glossy brochure Scott handed me a few years ago when he was trying to convince me to chuck it all in, move onto a sailboat and go cruising. There were pictures of tropical islands, people frolicking on the beach, dolphins and magical sunsets. It looked wonderful, so I signed up. Wouldn't you?

I realize now that I should have read the small print and the disclaimer which said:

"TERMS & CONDITIONS APPLY: The pictures in this brochure are for illustrative purposes only. Your experience may differ. We cannot be held responsible for things that break on your boat, adverse weather conditions or sharks."


The other thing I should have picked up on was that there wasn't one single picture of a broken toilet in the brochure, let alone someone fixing a toilet. Imagine my surprise when I went to flush the toilet the other day only to find all of the stuff that should have flushed down into what I affectionately call the pee and poo box (aka holding tank or black water tank), just sitting there refusing to comply with my wishes. I've got one word for you to describe this - GROSS. Actually, here's another one - DISGUSTING. And, why not, let's throw in a third - ICKY.

I shouted out for Scott to come check it out and fix it, but he was nowhere to be found. I looked everywhere - in the cubbyholes in the v-berth, at the patio area at the marina, even up at the local bar. Man, is he ever good at playing hide and seek - he was nowhere to be found. Then I remembered that he's back in Scotland working just now, which explains why no one brought me a cup of coffee in bed that morning.

Sure, I miss Scott while he's away, but let me tell you, I was really missing him on that infamous DAY OF THE BROKEN TOILET. This could only mean one of two things:

1 - The toilet wouldn't get fixed until Scott got back; or

2 - I would have to put on my big girl pants and sort the little bugger out.


So, here's the problem with Option #1 - I'm middle-aged. That means there are trips to the bathroom in the middle of the night. Having to walk to the marina bathroom at 3:00 AM really wasn't gonna happen for very long. After all, there's alligators swimming out there and they're hard enough to see during the day, let alone at night.

This meant I was going to have to sort things out. Darn.

Yes, American Thanksgiving is coming up, but this has nothing to do with basting your turkey. Basically, you want to get the icky stuff out of the toilet bowl before you start opening up the parts of the toilet which drain the icky stuff into the pee and poo box, because when you're fixing the toilet, some of that might drain out where you least want it. I refer you back to the importance of the plastic gloves and bleach spray.

By the way, if I invite you over for a turkey supper with all the trimmings, don't worry as I've since put this particular turkey baster into a Ziploc bag clearly marked, "Not for use on turkeys." But, just to be on the safe side, we'll have chili instead. 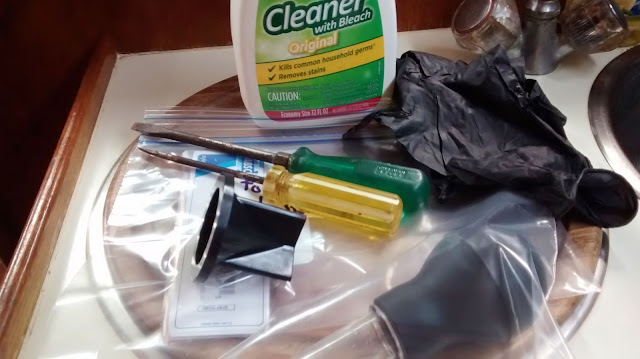 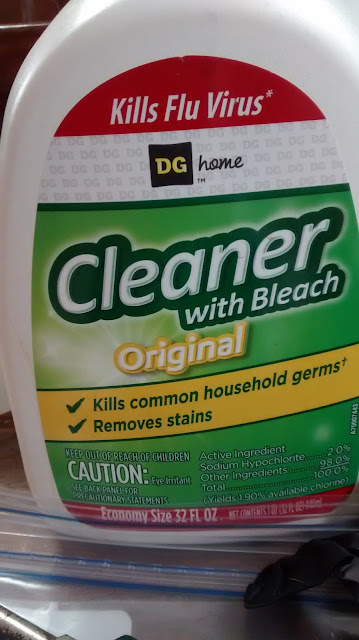 For those of you who don't know anything about marine toilets (and I was just such a person until quite recently), you might not know what a joker valve is. It's a plastic device that keeps waste from backing up into your toilet bowl. When you pump the toilet to flush it, the pressure opens up the joker valve to let icky stuff make it's way to the pee and poo box. When there isn't any pressure on it, it stays closed, keeping the waste where it should be. Joker valves are one of the things the commonly break on a boat - fortunately, they aren't too expensive to replace (approx $15). 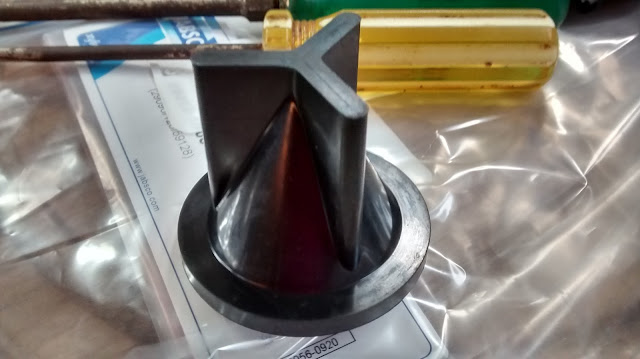 Before I set about fixing the toilet, I watched a video on the Jabsco site on how to do it. These guys made it look dead easy. Of course, they were "fixing" a brand spanking new toilet with no grossness inside, which wasn't connected to anything and on a table with lots of space to maneuver. This does not correspond with reality.

Whenever you need to fix anything on a boat, you can be sure the space you have to work in is cramped and a pain to work in. After placing absorbent pads by the waste discharge hose (you know for that icky stuff that might escape), I unscrewed some part attached to the bottom of the pump (I'm sure it has a name, but I couldn't tell you what it is). Then I had to try to maneuver that part so that I could extract the old joker valve. Easier said than done.

Next, I pulled out the old joker valve - this is when it got really stinky - and popped in the new one. Screwed everything back into place and Bob's your uncle. While I was at it, I even unscrewed the pump and greased it so that everything works smoothly. How's that for going above and beyond the call of duty?

Finally, it was off with the plastic gloves, lots of bleach spray all around and a nice cold Goose IPA. 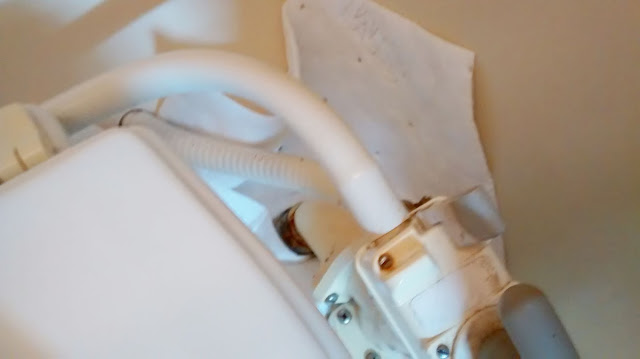 Posted by The Cynical Sailor at 7:01 AM