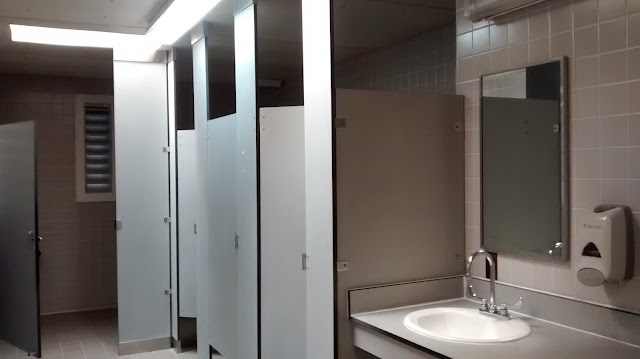 Sometimes, it's hard to believe I've been back in the States for over a year now. After twelve years living as an expat in Scotland and New Zealand, there are days when I feel like a foreigner in my own country. I'll watch something on TV, overhear someone's conversation or read something in a magazine and think to myself, "How bizarre that they do that in this country." Then, I remember that it's my country too, even though I'm just here on a temporary basis.

I remember when Scott and I first moved to Scotland. We would wander around the streets of Glasgow in wonderment, oohing and aahing over the historic buildings and the men wandering around in kilts. Even though we were all speaking English, we often couldn't understand what many of the Scots were saying to us, especially taxi drivers. It seemed exotic, strange and enchanting all at the same time. It wasn't a huge culture shock moving to Scotland, but there were a few surprising moments - like eating haggis for the first time. (Which is delicious, by they way, as long as you don't think too much about what it is you're eating.)

The same thing happened when we next moved to New Zealand. Again, not a huge culture shock - another Anglophone country with many cultural similarities to the US - but there were things that surprised us (like lolly scrambles). And there were plenty of ooh and aah moments. Realizing we were living in a city strewn with volcanoes left, right and center was pretty cool. And there weren't enough oohs and aahs to describe what it's like to sail in New Zealand or see the Southern Alps. Is it really possibly that one country can be so drop dead gorgeous?

Now that I'm back in the States for a while, I've been experiencing a kind of reverse culture shock. It's America which seems strange and exotic at times. There are things that still surprise me, even after a year of being back here. Some of them bug me a little bit too, truth be told. Fortunately, there's also plenty of ooh and aah moments to make me forget those few moments of irritation (like seeing so many wonderful National Parks on our USA roadtrip).

Anyway, here's a few of the things that surprise me about (re)living in the States.

1 - Putting the "public" in public toilets.

I remember being at my first office Christmas party in Glasgow and having a colleague say to me, "What's up with the public toilets in the States? There's absolutely no privacy!" At first, I thought he had had one too many pints, but after he went on about public toilets a bit longer, I realized that he did have a point. Toilets in Scotland usually offer much more privacy.

Have you ever noticed how there is often a gap around the doors in many toilet stalls in the States? If not, just head to any nearby Walmart and have a nosey. There's enough room for everyone to have a look at what you're doing. Of course, adults avert their eyes and don't glance in the toilet stalls (generally), but little kids have no such compunctions. I know because I've looked up to see one staring in at me, then turning to her mommy and screaming at the top of her lungs, "Look at the lady in there! She's going pee-pee too. She's a big girl like me. Will she get some candy too?" I can only assume there was some potty training going on here. Let's hope.

I know it isn't the biggest deal in the world. After all, it's not like you're crouching down over a hole in the ground for a pee (been there, done that), but why American toilet makers can't construct a door that fits snugly against the door jamb is beyond me. We did send people to the Moon didn't we? It shouldn't be too hard to address this issue.

2 - Ask your doctor if this purple pill is right for you.

I rarely watch TV, but whenever I do sit down in the TV room at the marina, I swear five minutes doesn't go by without an ad for new drug that you just have to rush right out and ask your doctor if you should be taking it. Even if you don't suffer from the condition that the drug is supposed to treat, you probably still want to ask your doctor about taking it. At least that's my takeaway from the commercials.

The best part though is when they have a voice over listing all the possible side effects. Usually, there's attractive people smiling and holding hands and usually a cute kid or puppy is running around. It's a good distraction from a list that reads like this - you may experience side effects including cough, headaches, blurred vision, blistering of skin, confusion, difficulty breathing, sweating, decreased interest in sex, nausea, trouble sleeping, drowsiness, inability to swallow, memory loss, migraines and many more. Sign me up for those purple pills immediately - sounds fabulous.

Do other countries show this many drug commercials, not to mention all the advertisements in magazines, or is this just particular to the States?

Americans have a reputation as a litigious bunch. Your neighbor built a fence two inches over the property line - sue him! You spilled McDonald's coffee in your lap and burned yourself - sue them! You took a drug that promised to be a miracle cure for your condition and now you have all sorts of horrible side effects - sue those bastards! I'm not sure how true our reputation for being the most litigious nation is, but I certainly get surprised when I hear people talk about taking folks to court as if it was a routine thing.

Usually, right after they show an advertisement for a new drug on TV, it's followed by an advertisement for a class action law suit, often for a drug or medical device. The irony cracks me up. One of the things I liked about living in New Zealand is their accident insurance scheme - ACC. It's run by the government and everyone has no-fault coverage for all injuries caused by an accident, whether at work or not. People aren't suing each other left and right when an accident occurs, because they know it will be taken care of. It doesn't mean there aren't lawsuits for other things, but it just seems sensible to me and a lot more friendly to deal with accidents this way. Maybe, that's why New Zealand is such a chilled out place to live.

People are so darn cheerful in the States. Even people you don't know - like waiters, baristas and the guy hocking t-shirts on the side of the road. Sometimes, it's a little Stepford Wives kind of happy. Is it possible that everyone in the service industry is so happy or do they have a chip inside their brain instructing them to say things like - "Have a GREAT day!" "I LOVE that scarf you're wearing!" "Oh my god, that color is AWESOME on you!" "You're just going to ADORE this apple crumble topped latte with organic soy milk. It's to DIE for!!"

The outgoing nature, cheerfulness and effusiveness of Americans is one thing that always catches me by surprise when I'm back in the States. I'm sure most of the time it's genuine, but not everyone can be that happy, can they? I get a little dubious when, right after you pay your bill, you're asked to fill out a short, online survey about your experience with the service.

5 - It's never to early to run for President.

Did presidential campaigns always start well over a year before election day? I can't believe how much time and money goes into deciding who is going to be the nominee for each party. The election is over a year away people! It's kind of like how the stores have Christmas decorations up already and we haven't even had Halloween, not to mention Thanksgiving. To be fair, I haven't been in the States for a full election cycle in 12 years, so maybe this is just par for the course. But, I would have thought there would have been far more important things to show on TV rather than presidential debates - like ads for drugs you should ask your doctor about.

Linked up with Bonnie Rose, Aleks Abroad and Lauren on Location for Travel Tuesday.

Linked up with Weekend Travel Inspiration.